The precursor to mammals from before the dinosaur era
Description:
Everyone had a favorite dinosaur when they were a kid, you can image how disappointed I was when I found out that mine was not a dinosaur at all. 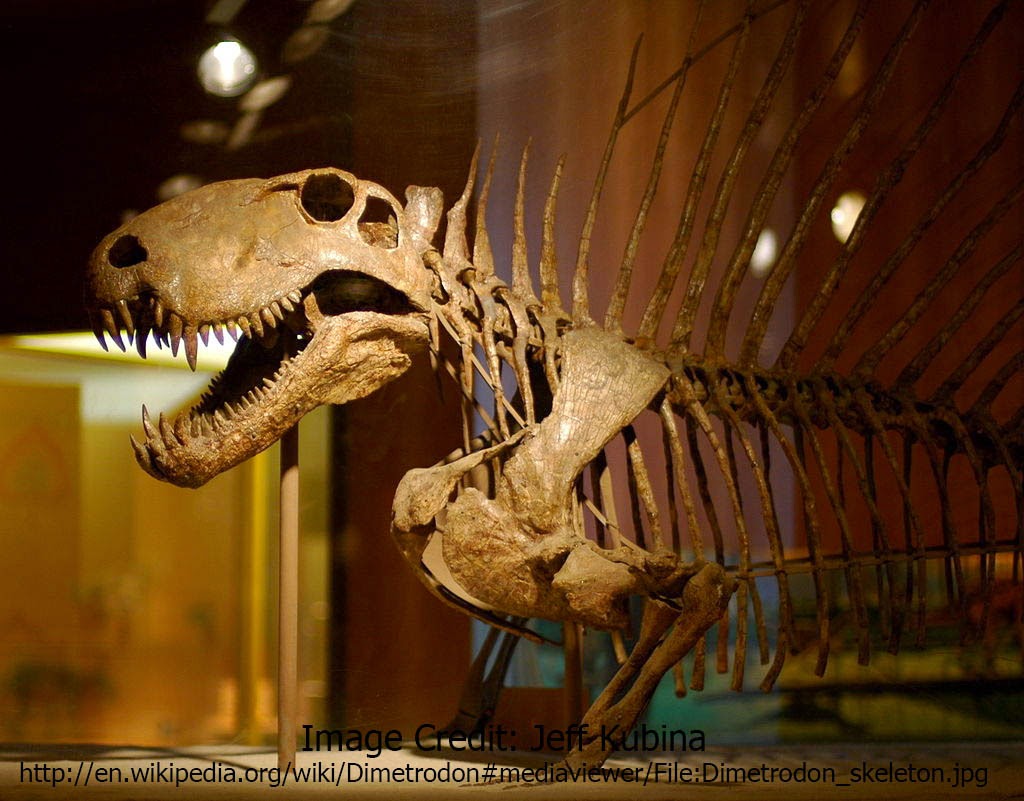 Dimetrodon is a long extinct genus of terrestrial vertebrates. It is known for it unique giant sail like structure on its back. The purpose of the sail is the topic of much speculation. Some think it may have been used for thermoregulation. Others attribute it to an exaggerated mating display. Other compare it to modern species which use structures to exaggerate their size in order to make them more intimidating. I'm sure that is not an exhaustive list. 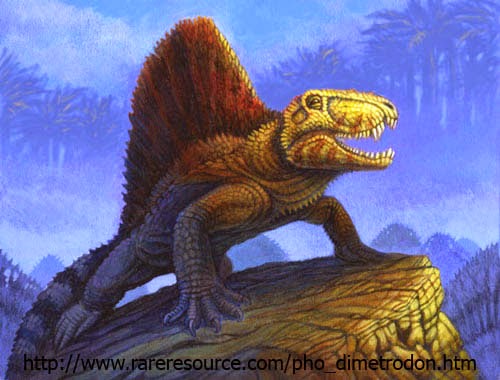 They ranged in length from 60 to 460 cm depending on species. Their skeleton contains many precursors to various features of modern mammals which are not found in other species from the same period. These flesh eating monsters are from the period before the dinosaurs, the Permian era, possibly having existed 300 million years ago.  By the Permian extinction around 250 million years ago they were probably extinct, and almost certainly did not survive into the first dinosaur period, the Triassic.

Distribution:
Most specimens have been found from south Western United States, but bear in mind that when these things were living the continents looked nothing like they do today.

Classification:
Dimetrodons are not dinosaurs at all, in fact they are more closely related to you than they are to a dinosaur.  They belong to a group called the synapsids. The only surviving members of the synapsid group are the mammals. There are several minor synapsid branches from various eras which have gone extinct since the Dimetrodons.
Dimetrodons were originally places in Class reptilia (a term which I don't approve of) order Pelycosauria. In the light of their relationship with mammals this Classification does not make sense. They are sometimes placed in class Synapsida, but as Mammals also belong to the Synapsid class this group would be paraphyletic unless we demoted mammals to a subclass. The order Pelycosauria is also probably paraphyletic,  or so I'm told and is based on temporal distribution rather than natural history. While we wait for the vertebrate Classifications to catch up with the 1980s we don't really have anywhere to put them.