Something went wrong with this post and it disappeared.  I might have accidentally deleted it. Luckily I get all the posts sent to my email account so I can copy and paste it from there. It belongs on the 31-12-2014 and it is Creature 92.

This did live on Earth

People often think of the biological era in two periods, now and the dinosaur era. Actually Dinosaurs are fairly recent in the grand scheme of terrestrial life with life starting about 3.5 billion years ago, the Cambrian explosionoccurring around 550 million years ago and the dinosaur era (mesozoic era) occurring 250-65 million years ago. Before the world of the dinosaurs there had already been 4 mass extinctions that we know of and the continents had split up and joined in various arrangements an unknown number of time. Life on earth had changed dramatically several times over and many of the earlier evolutionary 'experiments' haven't made it this far. Most fossil information from a very long time ago is lost forever but every now and then we find a truly bizarre creature that is unlike any living thing. I have already shown you Hallucigenia as one example, today's animal is another of these prehistoric freak shows, Anomalocaris.

Description:
Anomalocoris fossils have mostly been found in parts and slowly pieced together over time. The front of their head contains two protrusions made of dozens of segments, some of which contain sharp spikes. Presumably these animals were predators and they used these appendages to catch, crush and/or strangle their prey. Their mouth was positioned underneath their head. Fossil feces indicate that they ate trilobites, at least sometimes. Some biologists have speculated that they used their appendages to squeeze out the contents of stromatolites, but so little is known about the ecosystem they lived in this can only be speculation. 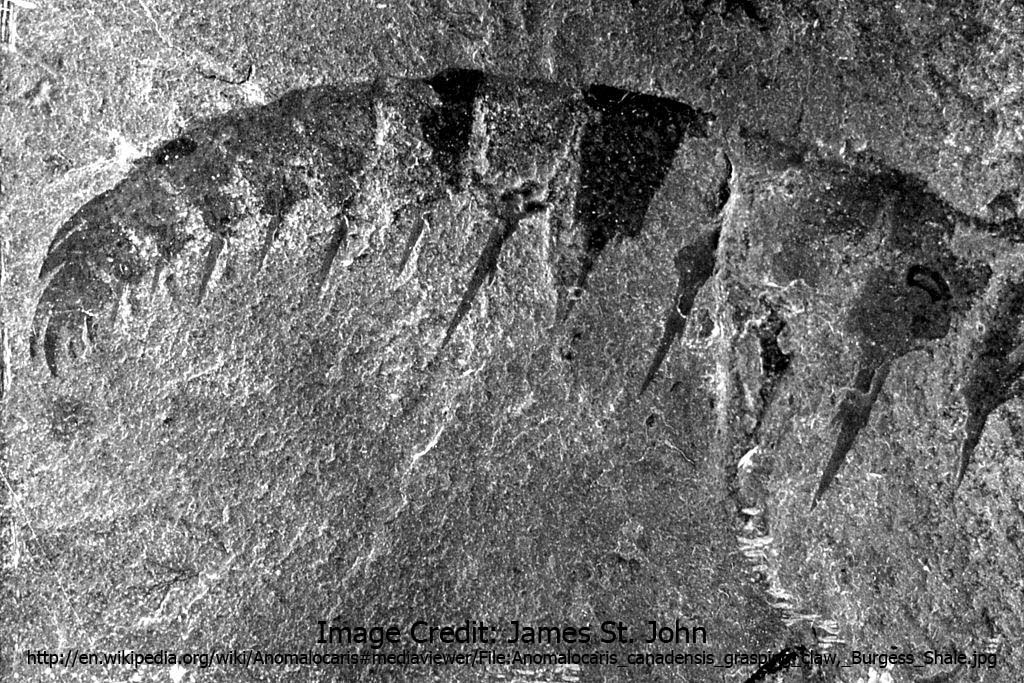 The side of their body was covered in laterally protruding plates, which may or may not have been covered in some sort of soft membrane. It is assumed that these were undulated and used for propulsion. Its eyes were on two laterally oriented stalks. Like other arthropods their body is made up of several plates along the surface of their body. They have a fan-like tail which is distinct from the segments on the rest of the body, which could have a degree of homology with abdominal segmentation in other arthropods. 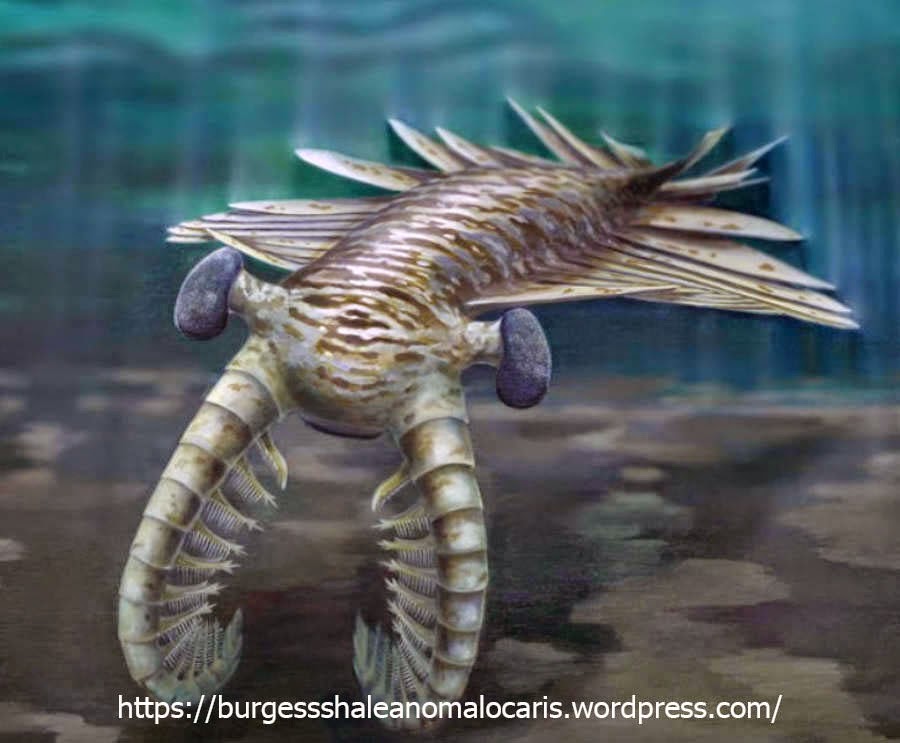 Distribution:
Anomalocoris is only known from the Cambrian era around 500 million years ago or more. The fossils are found in various places all over the world but it is nearly impossible to piece together their geographic distribution as we have not even pieced together the alignment of the continents during that era.

Classification:
There has been some debate as to which group this bizarre creature actually belongs to, and in fact the first partial fossil to be found was originally classified as a sponge. I think the best explanation is that is is an early, extinct group of Arthropods, maybe related to the Chelicerata if you make a few guesses at the homology of some of its parts. I accept the current classification as the best one with the limited information we have.