Description:
Ardeadoris cruenta  is a nudibranch, which doesn't have a common name. I introduced this group earlier in the post on Glaucus atlanticus. It is species like this one that make the common name for nudibranches (sea slugs) seem an inadequate description. 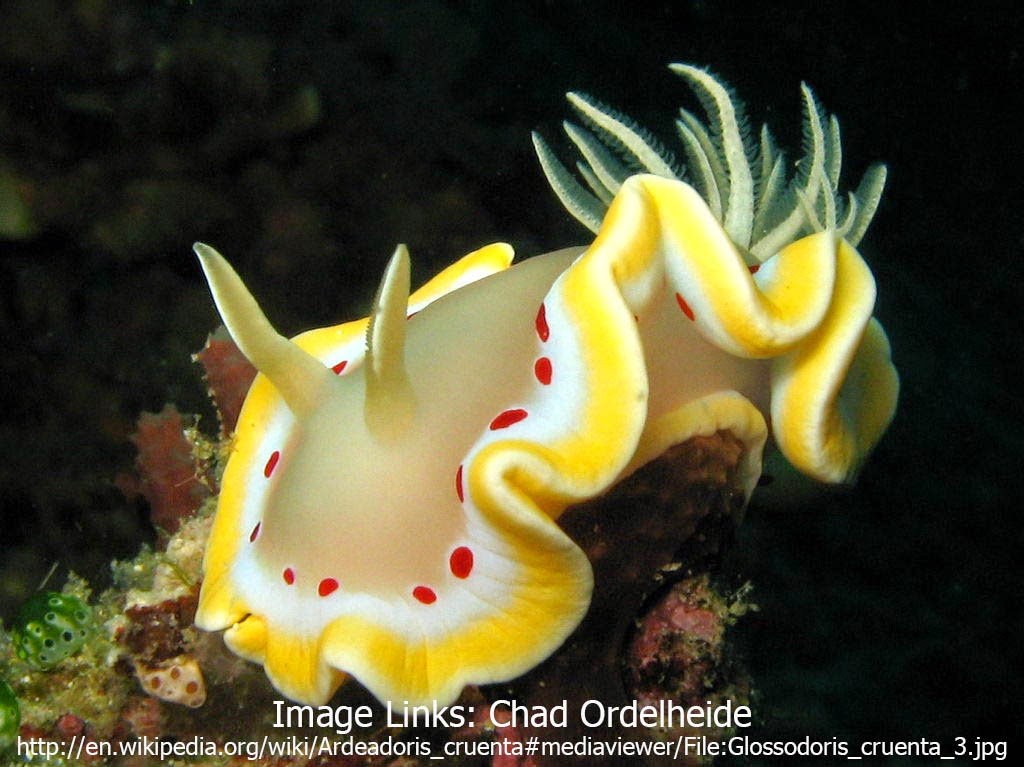 It swims by undulating the soft frilly exterior of the body. Watch it here.

The contrast of the red spots around the edge of the body with the pale lemon color of the body gives it a rather striking appearance. Those long thin feathery protrusions coming off the back are its 'gills'. The two antennae like projections are called Rhinophores. They are sensory receptors and they work by detecting traces of chemicals in the water.

Distribution:
Ardeadoris cruenta is known from the West Pacific ocean.