Yay, today marks the 100th straight day of a bizarre creature every day. I will give you the top 10 most viewed creatures tomorrow,  but I figured I should probably give today's creature, Atelopus at least a day to make it to the top 10. The results will obviously be biased towards older posts, but seeing as not many people seemed to take interest in the polls when I tried them this is the only measure I have. As a celebration of 100 days, I have decided to write about Atelopus today because it is so clearly a party toad.

Description:
Atelopus is a genus of toads which are commonly known as Harlequin toads, Harlequin frogs, clown frogs and subfoot toads. Colouration within the genus is highly variable,  but they are almost always guaranteed to put on a show. 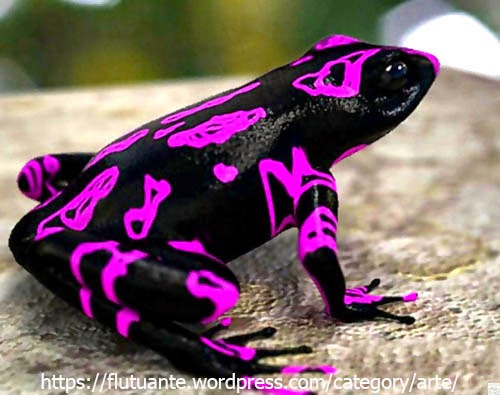 You could be forgiven for thinking that this toad is that magic prince which some which had turned into a toad and those markings are magical runes, but I wouldn't kiss it if I were you, even if you happen to be a princess.  They excrete from their skin a potent neurotoxin called zetekitoxin, which is only found in this genus, although it has been speculated that this may be as a result of a symbiosis with a microbial organism. 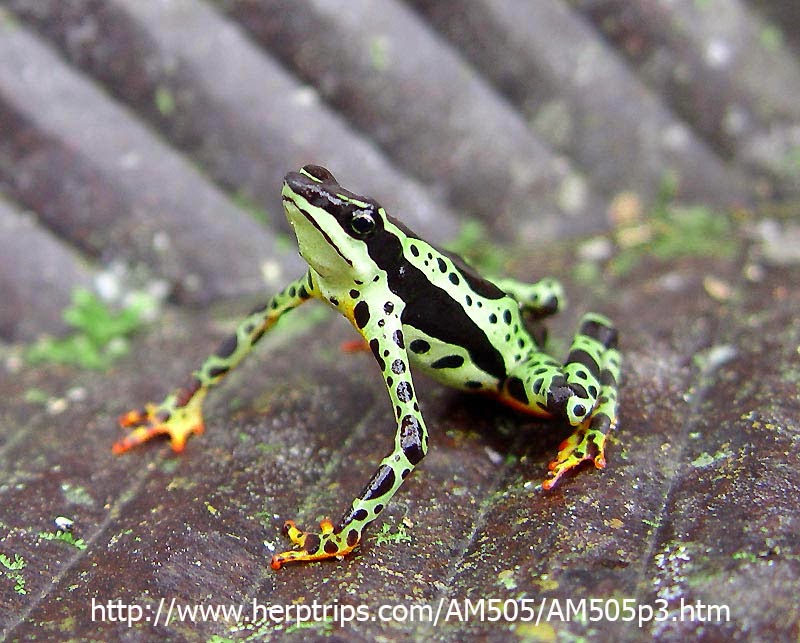 Most species in the genus are believed to be in sharp decline, probably because of the spread of the dreaded Chitrid fungus which is an epidemic wiping out many species of amphibians all over the world. 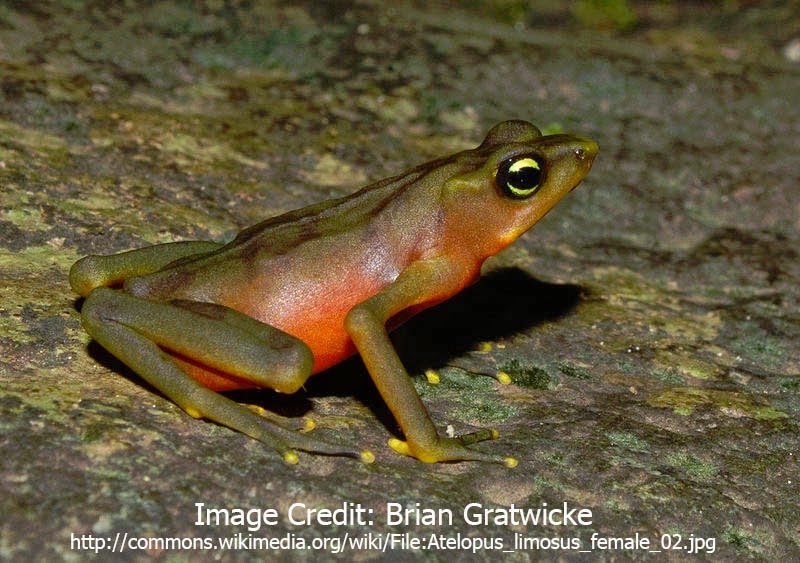 Distribution:
Harlequin toads are found in the American tropics.

Classification:
Atelopus is a genus of true toads (family Bufonidae). They are not to be confused with Oophaga historanica, which is also commonly known as the harlequin frog. There are 86 species in the genus, but species are still being found indicating that we probably have not found all of them.