Description:
Phascolarctos cinereus is widely known as a koala in Australia and for some strange reason some people from overseas call it a koala bear. 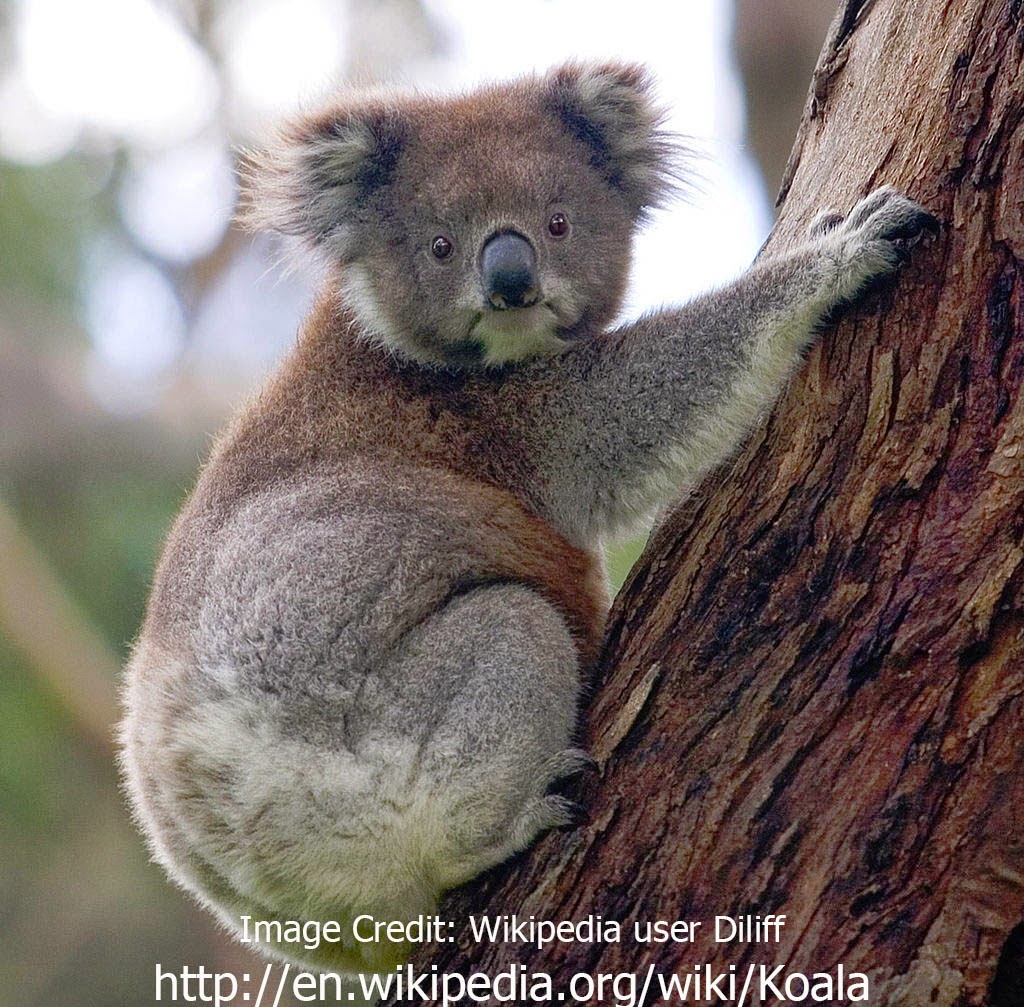 For all their charisma the koala is Australia's marsupial equivalent of a sloth. They are slow moving arboreal mammals that rely on camouflage to protect them from predators,  although natural predators of the koala have been extinct for a while. They will sleep 18 to 22 hours a day waking only to eat and mate and occasionally to move to a different tree. Koalas,  much like the Australian people, are pretty chilled out.
They are so inactive because of the amount of energy required to digest the Eucalyptus leaves. Eucalyptus leaves are low in energy and nutrients and high in the mildly toxic and highly flammable Eucalyptus oil. But koalas won't eat anything else. Their diet is so poor that over time the Koalas have reduced various parts of their brain to lower their metabolic rate. Their brain only occupies 61% of their cranial cavity and they have one of the lowest brain masses to body mass of any mammal. The surface of the brain is fairly smooth. Yes, koalas are stupid. Their liver, however is huge as they need to cope with the Eucalyptus oil. Evolution does some strange things. As leaves in general,  and especially eucalyptus leaves, are difficult to digest koalas need a fairly healthy colony of specialized gut bacteria.  For whatever reason they are not born with this culture naturally in their gut. Baby koalas need to eat their mothers feces in order to acquire the right gut bacteria. 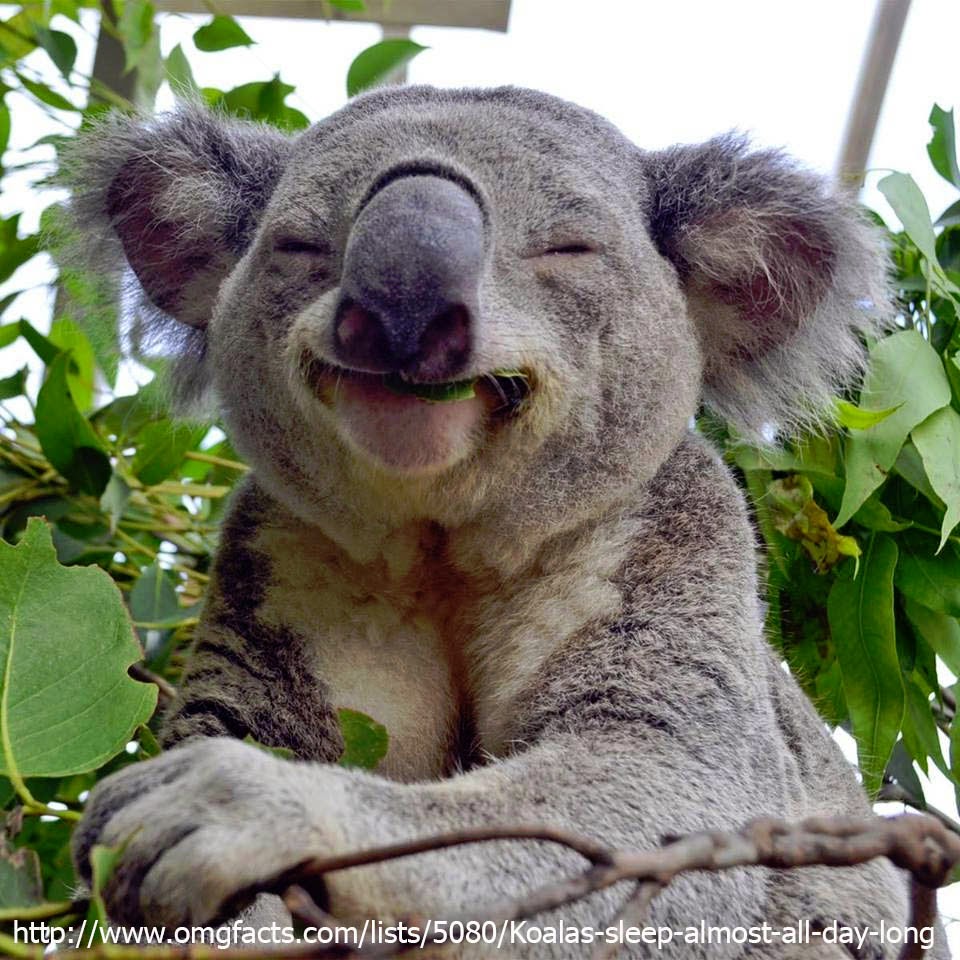 So koalas basically chill out and overload their liver with toxins. I guess its Australia day for them everyday, except we don't normally do the feces eating thing. Contrary to common belief koalas are not endangered or threatened, in fact their population numbers are very high compared with their recent natural history. Their charismatic appearance is used to draw people into conservation campaigns aimed at preserving native bush, the koalas natural habitat.

Distribution:
Koalas are found on the east coast of Australia as from the south to as far north as Cape York and along the south coast as far west as the Eyre peninsula.

Classification:
I feel like I am stating the obvious but koalas are not bears as they are a type of marsupial. Humans are much closer relatives of the bears than koalas are. They are in the Suborder Vombatiformes, the same lineage as the wombats. This may not seem obvious externally but if you look at the skulls of the two animals you will quickly see the similarity.
Kingdom: Animalia
Phylum: Chordata
Class: Mammalia
Order: Diprotodontia
Family: Phascolarctidae
Genus: Phascolarctos
Species:  Phascolarctos cinereus