Not sure weather to scream or laugh?


Description:
Hypsignathus monstrosus is a monstrosity commonly known as the hammer-headed bat or the big lipped bat. It looks like a bizarre combination of a cartoon dog and a vampire in bat form. 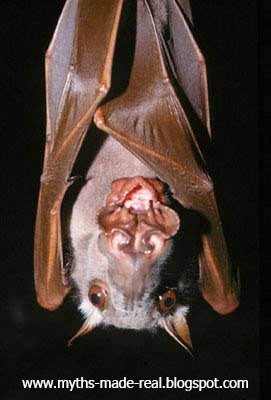 The females look a lot different to the males. The extreme modification of the mouth and throat are used in males for making highly specialized mating calls. During mating season the males all gather in a single location and call out to the females. As the females approach they pick whichever male has the most appealing song. As they get close the male changes its song and does a little dance. 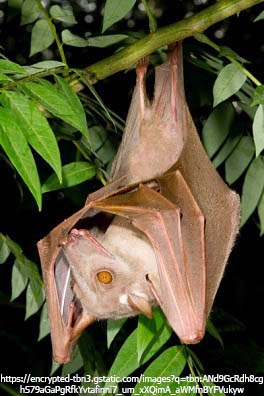