A waterlily you can float on

Description:
Victoria amazonica is a large water-lily which is often referred to as a giant waterlily or the Queen's waterlily. 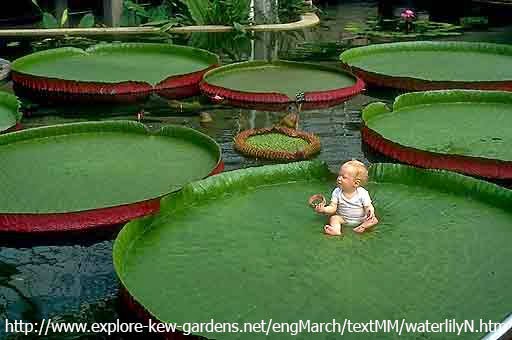 The leaves can grow up to 3 m in diameter and the stalk which anchors them to the ground can reach 8 m long. The base of the leaf contains a series of ribs which gives them an amazing load bearing capacity for a leaf. You can load a giant waterlily with over 130 kg before it begins to sink, so in theory you could float on it assuming you got on it gently and distributed your weight properly. The underside of the leaf is armed with spines to protect them from predators from below. 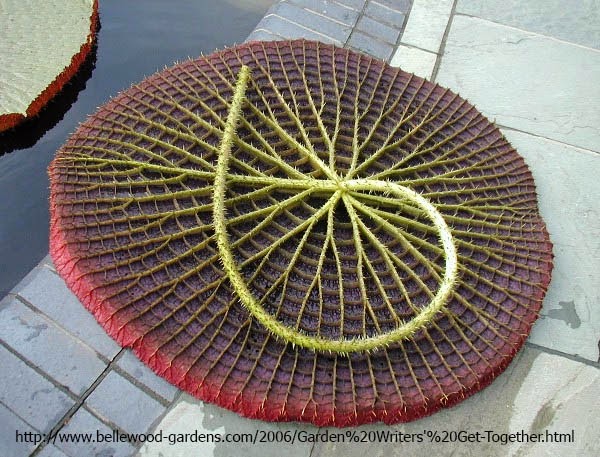 Their white flowers only open up at night. They are pollinated by beetles and once they have been fertilized they change color to pink. 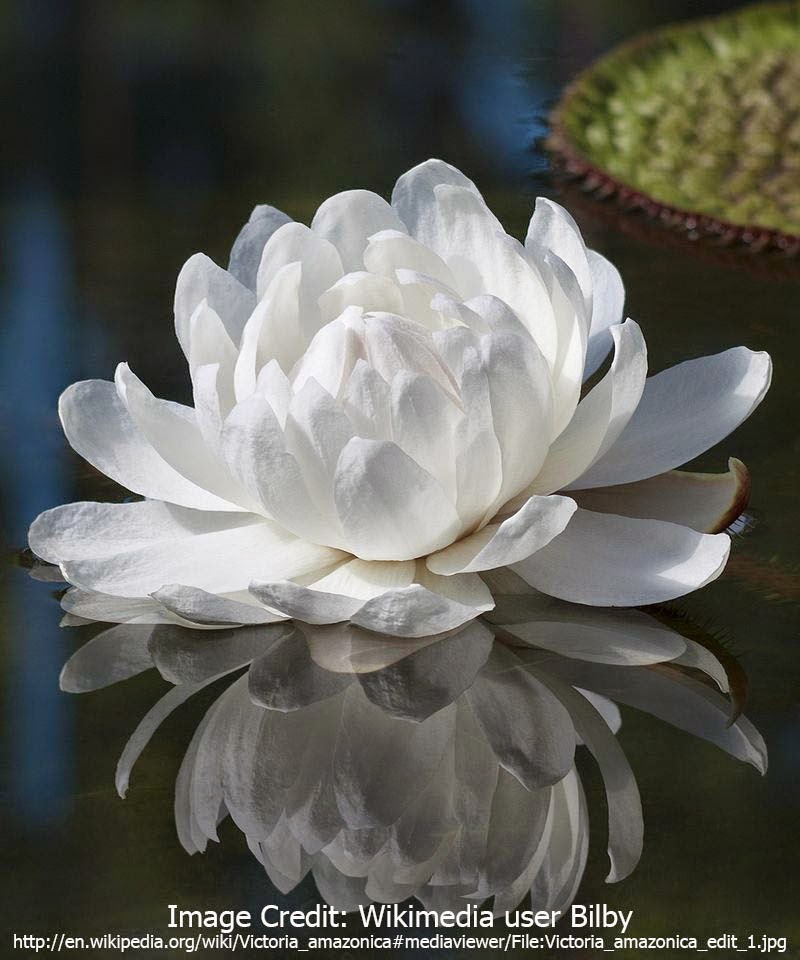 Distribution:
The giant waterlily is found in the shallow waters of the amazon river.

Classification:
The Order Nymphaeales consists entirely of aquatic plants. They are a small group of flowering plants which do not belong to the Monocots, the core Eudicots of even the Magnoliids. They are one of three groups of basal angiosperms which form a paraphyletic group. As we cannot go around classifying paraphyletic groups together the only logical class to put them in is their own class. The name Nymphaeopsida has bee thrown around, and that is the name I will go with.
Kingdom: Plantae
Phylum: Angiosperms
Class: Nymphaeopsida
Order: Nymphaeales
Family: Nymphaeaceae
Genus: Vicotria
Species: Victoria amazonica