A fish with a huge suction pad.

Description:
Echeneidae are a family of fish which are commonly referred to by the name remora. They are sometimes also called sucker fish for reasons which should become obvious. 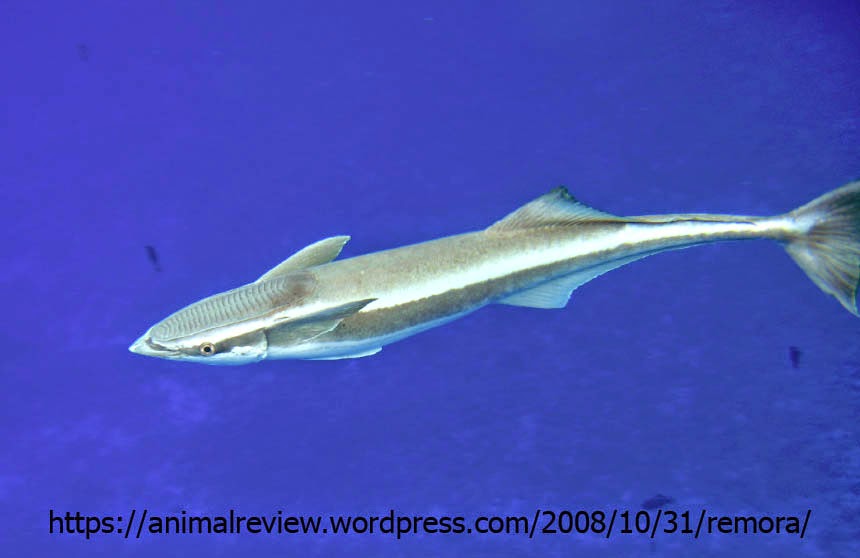 In case you were wondering that large flattened ribbed structure is on the top of their head. They use it to create suction as they attach themselves to sharks or other large marine animals to hitch a ride. Most species have a particular type of animal on which they will preferentially attach themselves. There are some species which will even attach themselves to the inside of a sharks mouth and feed off the scraps. 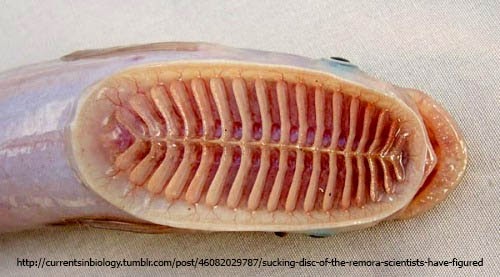 This may seem like parasitic behavior but in at least some cases the remoras will eat the parasites off the hosts as a food source which benefits both species. The remora will eat the parasites, scraps of food which the larger host drops and sometimes even the feces of their host. Many species have been known to swarm in large numbers around larger hosts. Distribution:
Remoras are found in tropical open oceans but will sometimes hitch a ride outside of their comfort zone.