Description:
Faviidae is the name of a family of corals commonly referred to as brain corals. This name is derived because the shape of the animal along with the strongly wrinkled surface gives it the resemblance of a brain. These weird looking corals are reef-building corals due to the calcium carbonate skeleton which they produce. Their behaviour conjures images of the undead just as much as their brain-like appearance. The head may look fairly passive during the day but at night they extend a multitude of tiny tentacles with stings. They use these to hunt small animals swimming or floating past. In at least some members of this family the tentacles are also used to attack neighbouring corals which may be competing for food or for space on a densely packed reef. During the day the tentacles are harmlessly stored in the wrinkles on the surface of their body and only sting defensively. 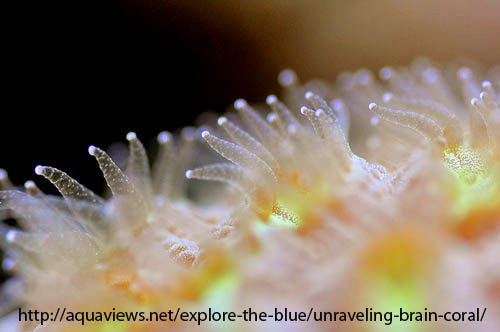 Brain corals can get quite large, reaching up to 1.8 m in height. Like the Hydra I talked about in an earlier post, there is no theoretical limit to how long they can live. Individual brain corals have been recorded to be up to 900 years old. In order to kill them you have to destroy the brain. Most of them are much more spectacularly coloured than the boring grey brain coloured specimens. 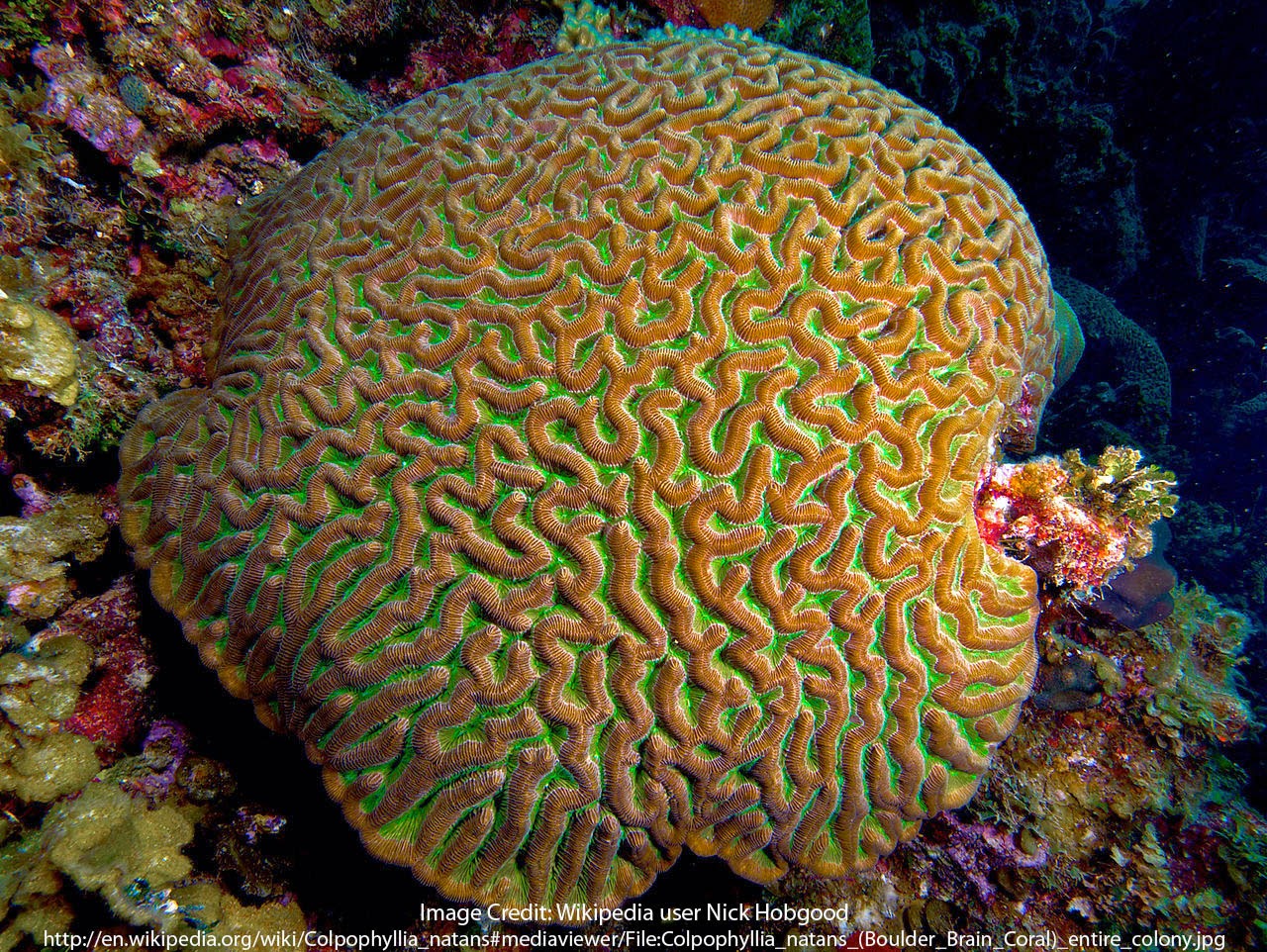 Distribution:
Faviidae are found in warm waters at shallow depths in all the worlds oceans.