Fungus which grows on your food and makes you psychotic
Description:
Claviceps purpurea is a parasitic fungus which infects various flowering plants, mostly grasses and particularly rye. 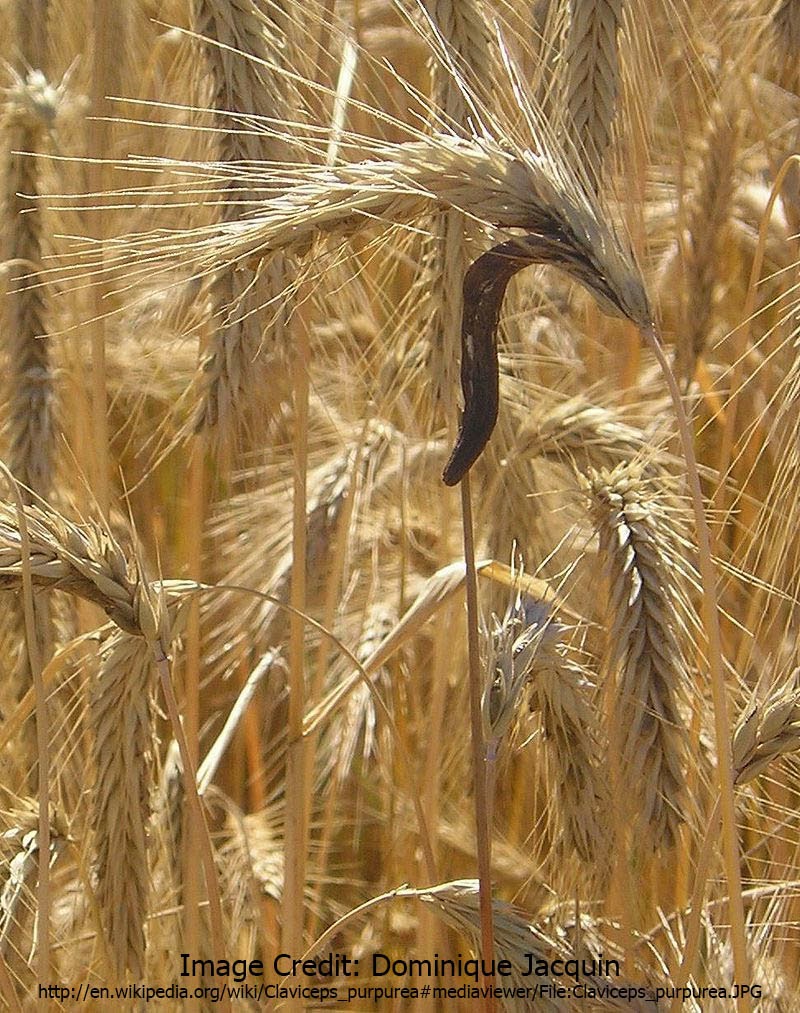 Infection of cereals like rye by this fungus occurs while the plant is in flower. The spores of Claviceps purpurea mimic pollen and make their way to an ovary. The ovary is destroyed ant the fungus consumes the nutrients which were meant for the developing seeds. As the fungus develops it clones itself sending out millions of tiny clone spores which are picked up by insects can infect other plants. Eventually it grows into the long seed like structure you see above. This structure encased living fungal tissue which lies dormant until the conditions are right. When the environment becomes favorable for grasses to flower the pod opens and the fungal fruiting bodies (mushrooms) grow. In this phase the fungi breed and send out a new generation of spores. 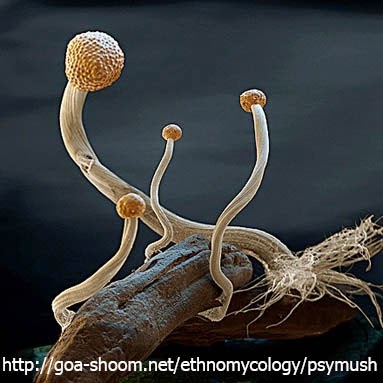 That's all fairly interesting,  but considering this fungus commonly infects a fairly major human food source you are probably wondering what effect it can have on humans. The fungus produces various alkaloid toxins which can have nasty effects on humans. Poisoning by these toxins is known as ergotism. Mild poisoning may only cause headaches and diarrhea, but symptoms will progress to seizures and spasms as well as full blown psychosis. Prolonged exposure can wreck havoc on your vascular system causing gangrene which may result in the loss of limbs and eventually death. 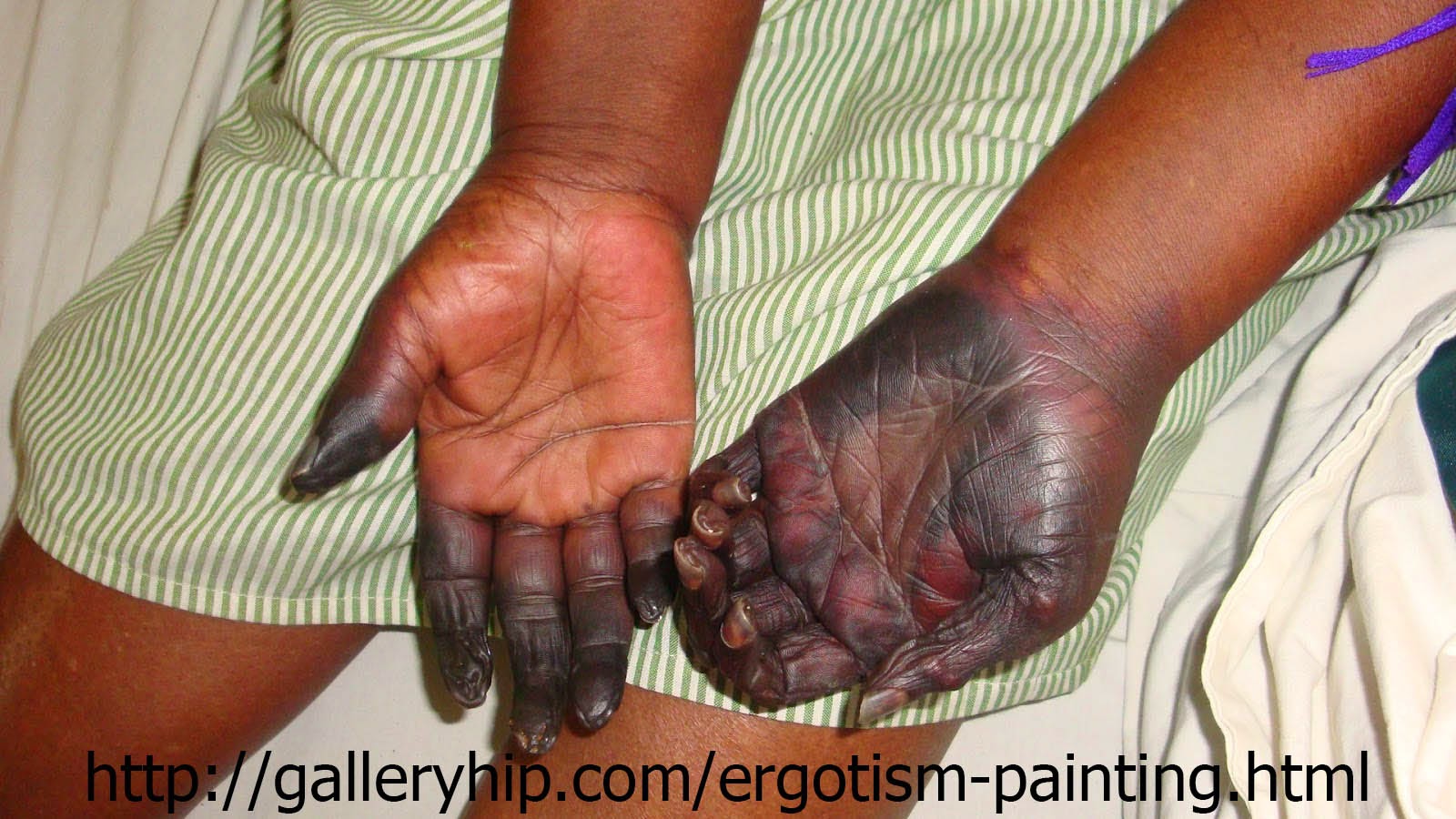 Infected cereals can be seen as the dark purple to black fruiting bodies stand out especially as they are usually much larger than the seeds of the cereal, although they can be slightly smaller than the seeds of wheat. The fungus and it's effects have been known for a long time and has been studied at least since the 17th century. Outbreaks of the fungus are believed to be responsible for various unusual historic events which could have been caused by mass psychosis such as the Salem which trials.