This insects hunts tarantulas
Description:
Many people are scared of spiders, especially large hairy spiders like tarantulas such as the Goliath Bird eater which I posted the other day. Their frightening appearance leads some people to assume that they are the most ferocious predators in the Arthropod world. This is not the case. Spiders are just the helpless prey of the pompilid wasps. Even Tarantulas had better flee for their lives in the presence of members of the pompilid tribe Pepsini, commonly known as tarantula hawk wasps. 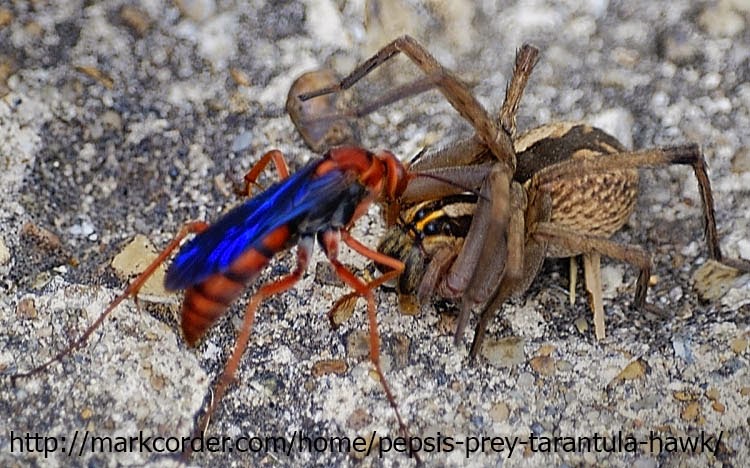 Like the Cockroach wasps these flying horrors like to lay their eggs in a nest with their prey stored inside it. Also like the cockroach wasps their victims are still alive while they are being eaten by the juvenile wasps. However these guys don't use the same really cool mind altering zombification as the cockroach wasps. Their sting is a potent paralytic in the tarantulas that they victimize. They then use brute strength to drag the tarantula into the nest and seal it off after laying a single egg inside. You can imagine what happens to the tarantula then, and if you need a hint, it is not pleasant. 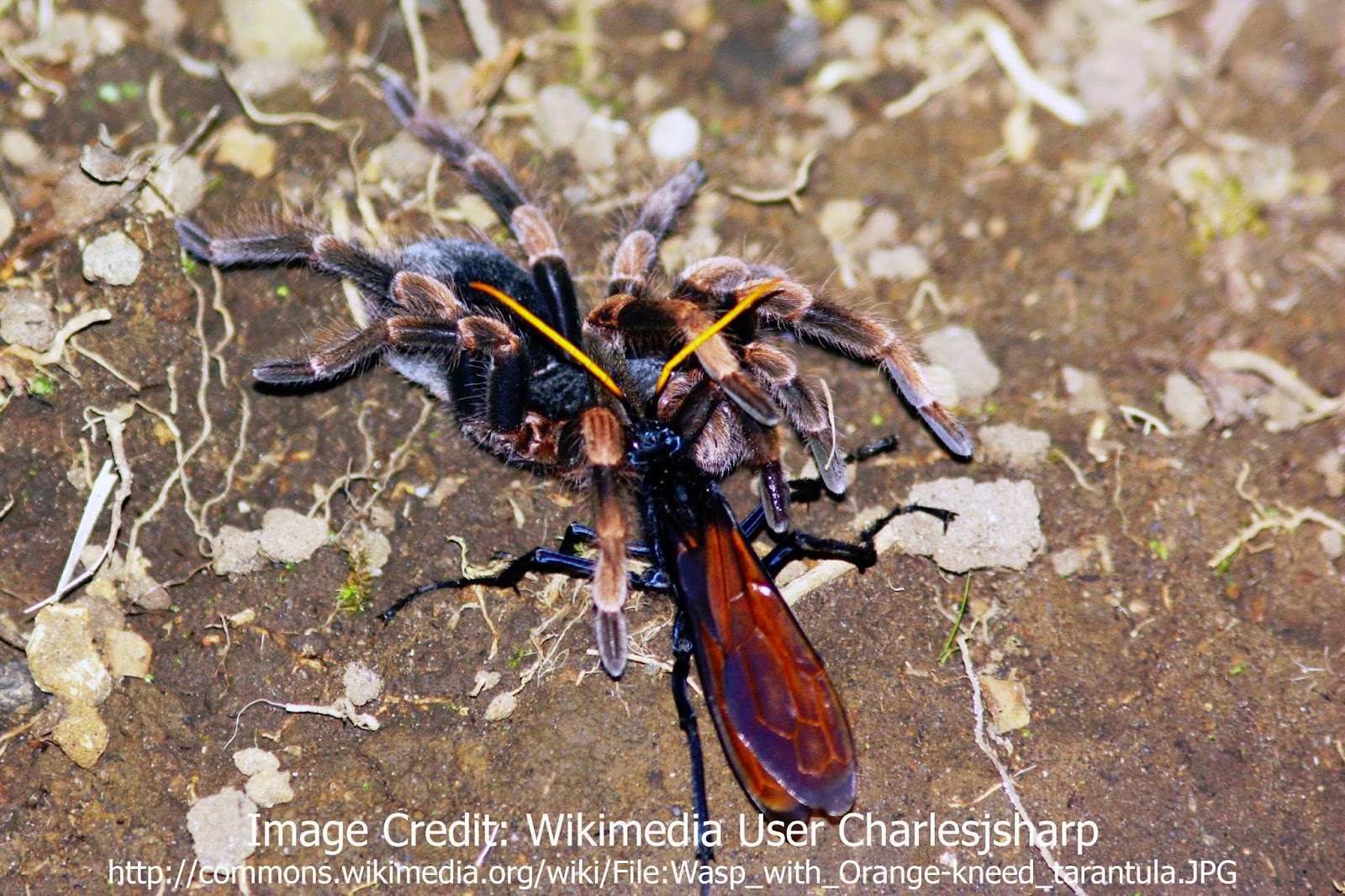 In humans their sting is short lived but incredibly painful. It is one of only two groups to achieve the highest category of 4 in the Schmidt pain index, with victims claiming that the pain is so bad that it will cause the victim to temporarily lose control of themselves. They are not particularly aggressive towards humans, but if you play around with them they will not hesitate to sting you. The state of New Mexico has adopted a Tarantula Hawk Wasp as their state insect. I think everyone should have a state insect. Their body is variously colored depending on the species and in some cases they can be quite spectacular. 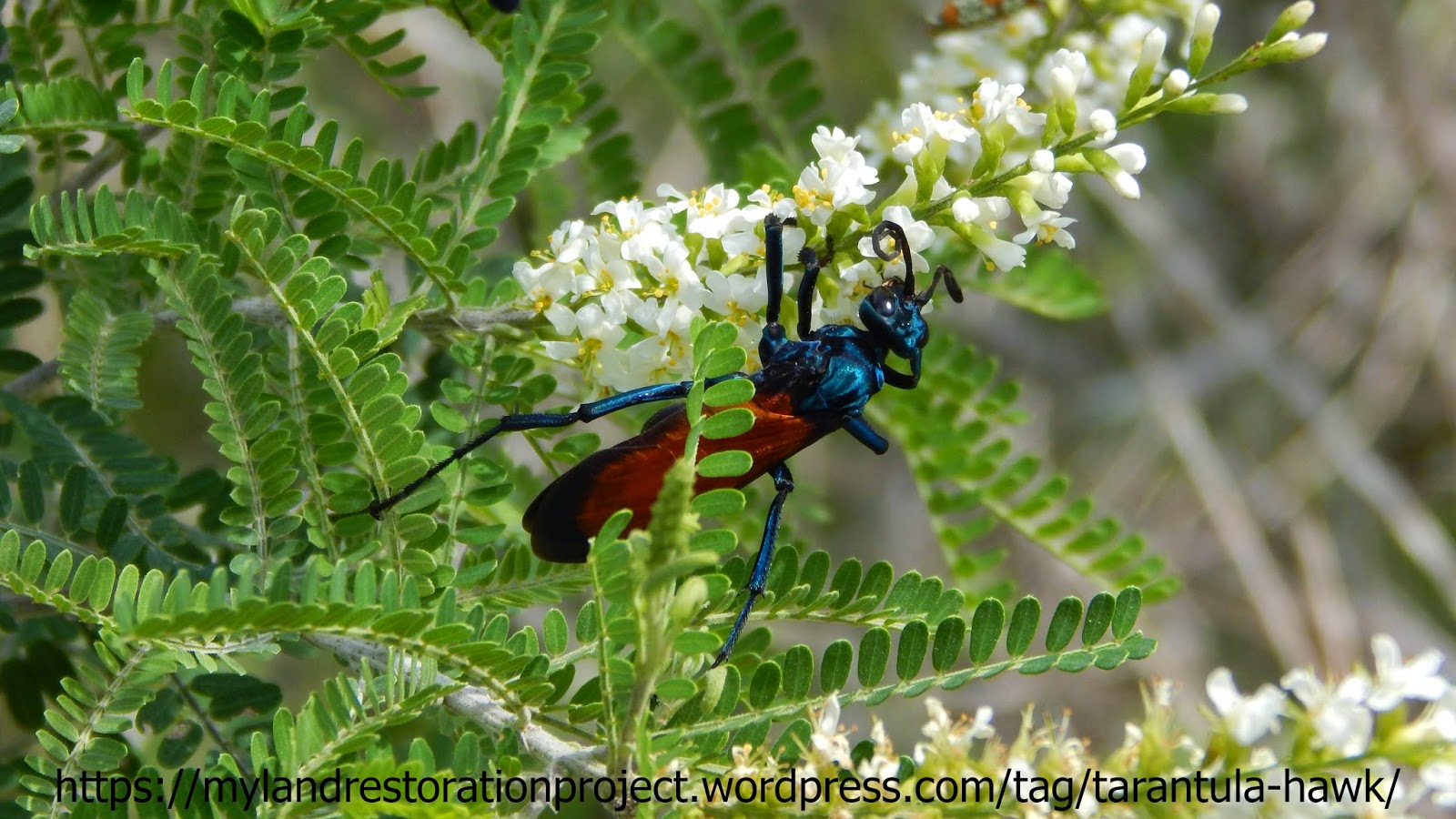 Watch it all happen here:

Distribution:
Pepsini have a pantropical distribution spilling over into some temperate areas, especially in the Americas where there are plenty of tarantulas to go around..