The wasp with a zombification toxin in its sting
Description: Today's creature, Ampulex compressa, commonly known as the emerald cockroach wasp is one of the freakiest animals in the world. It is a type of parisitoid wasp. Parisitoid wasps are freaky enough due to the fact that they inject their eggs into a living creature so they can have fresh food to eat their way out of when they hatch. 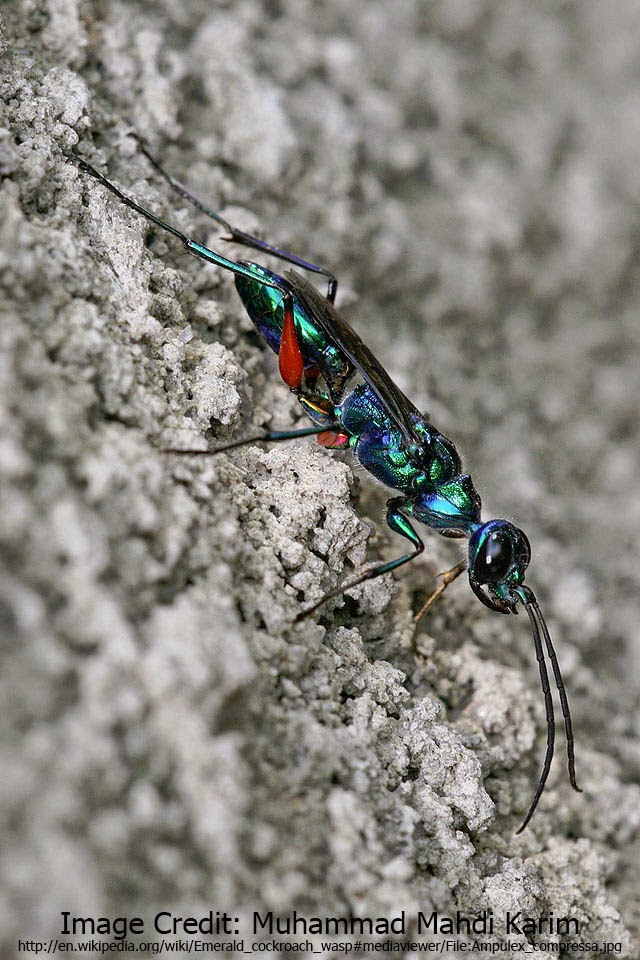 These guys aren't happy with injecting their eggs into any old insect, they are very fussy. They only target a few species of cockroaches for their victims (luckily enough one of them is the common pest the American cockroach).  They inject their victim with two stings of different venom. The first sting is for temporary paralysis, leaving the cockroach helpless. The wasp then carefully feels for the right location to inject the second sting. It has to be delivered in the right location and is a very precise process. This is the zombification sting. Once the cockroach is under the influence of the wasp's zombie toxin the wasp will lead the cockroach by the antenna back to its nest where it also lays a single egg. 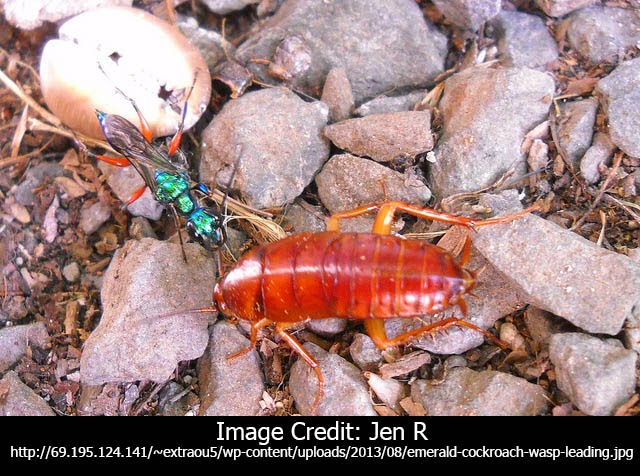 While under the influence of the wasps toxin, the cockroach can perform certain basic tasks such as moving its legs to walk or swim and in fact the first thing they do is to groom themselves continuously for half an hour. This grooming time gives the wasp an opportunity to find a suitable burrow. They don't control where they are going or what they are doing. The juvenile wasp eats its way into the cockroach, starting with muscle and other tissue which will not kill the wasp, as it wants to keep the cockroach alive for as long as possible so it stays fresh. The cockroach is apparently O.K. with that as it is devoured alive in its little cave. Eventually the wasp takes up residence in the partially hollowed cockroach, and if it is not dead already, it will be soon. The wasp will live in the cockroach until it is an adult. 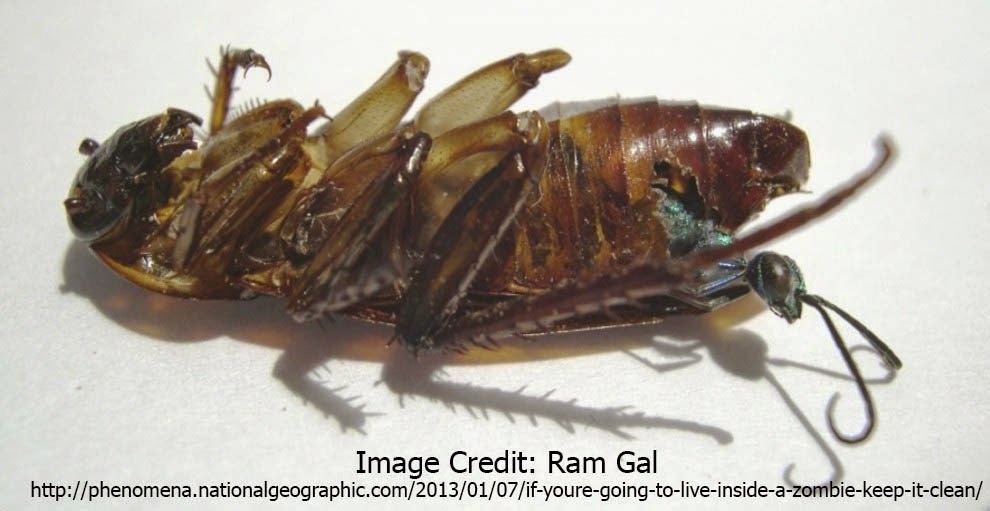