This looks more like an alien mother ship than an animal to me.
Description:
Coelopleurus exquisitus is a recently described (2006) species of sea urchin. It's colour and shape are so unusual that they were being sold on E bay before they were known to science.  In fact it was from E bay that the scientific community became aware of the existence of the species. Their skeleton retains the impressive colouration even after they are killed, dried and preserved. 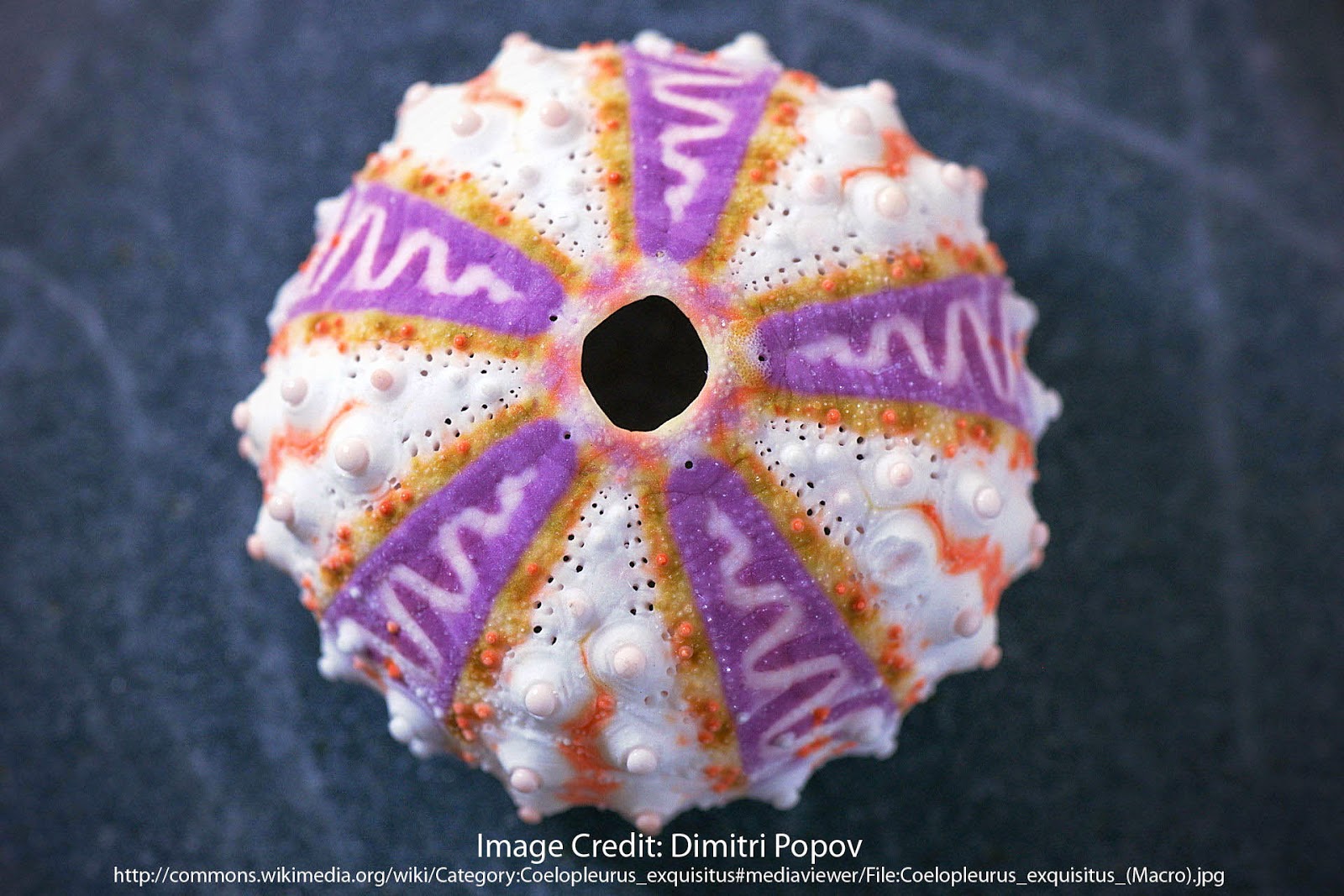 Like most recently described species not a lot is known about them. I still consider them bizarre because of their alien mother ship appearance and the weird method by which they were discovered. 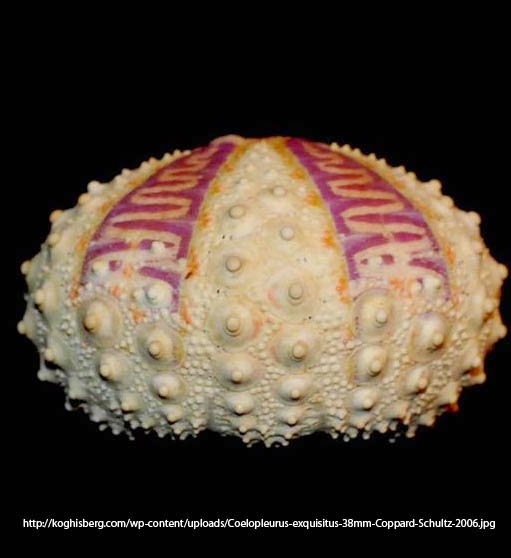 Distribution:
Coelopleurus exquisitus is only known from New Caledonia between depths of 240 and 520m.

Classification:
If you're wondering where this bizarre creature fits in to the tree of life they are in the echinoderm phylum which you may remember from Johnson's sea cucumber. It is a member of the Sea Urchins (class Echinoidea) in an order called Arbacioida defined by their five plated anus.
Kingdom: Animalia
Phylum: Echinodermata
Class: Echinoidea
Order: Arbacioida
Family: Arbaciidae
Genus:Coelopleurus
Species:Coelopleurus exquisitus