I have heard spider genus Cyclocosmia given the common names of trapdoor spider or coin spider. Both of these common names are problematic as they are also used for unrelated spiders. They use their abdomen to plug their hole when they are threatened. 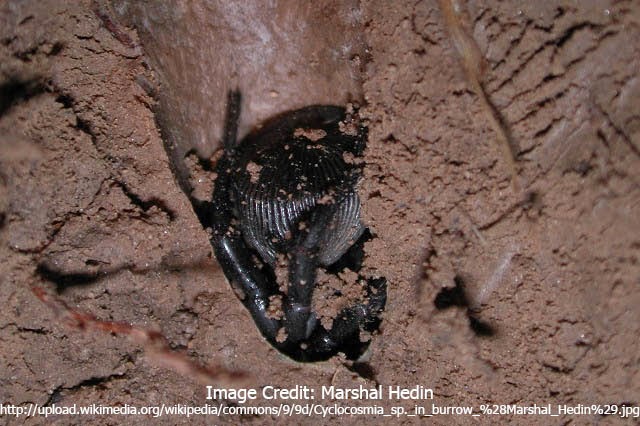 This strategy has been recorded to have been successful in the repulsion of attacks from most spider's worst nightmare, pompilid wasps. As you can see, the posterior of the abdomen in Cyclocosmia is suddenly truncated giving it that unusual shape. It is also hardened and reinforced with ridges giving the appearance of some sort of ancient inscribed artifact. 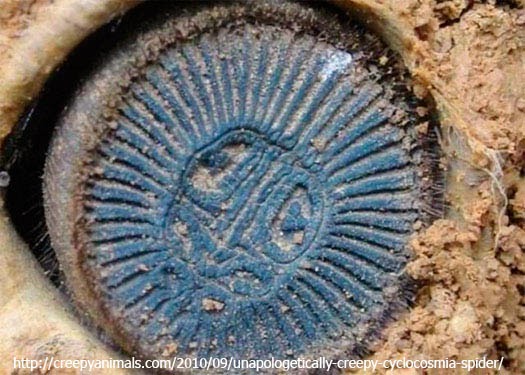 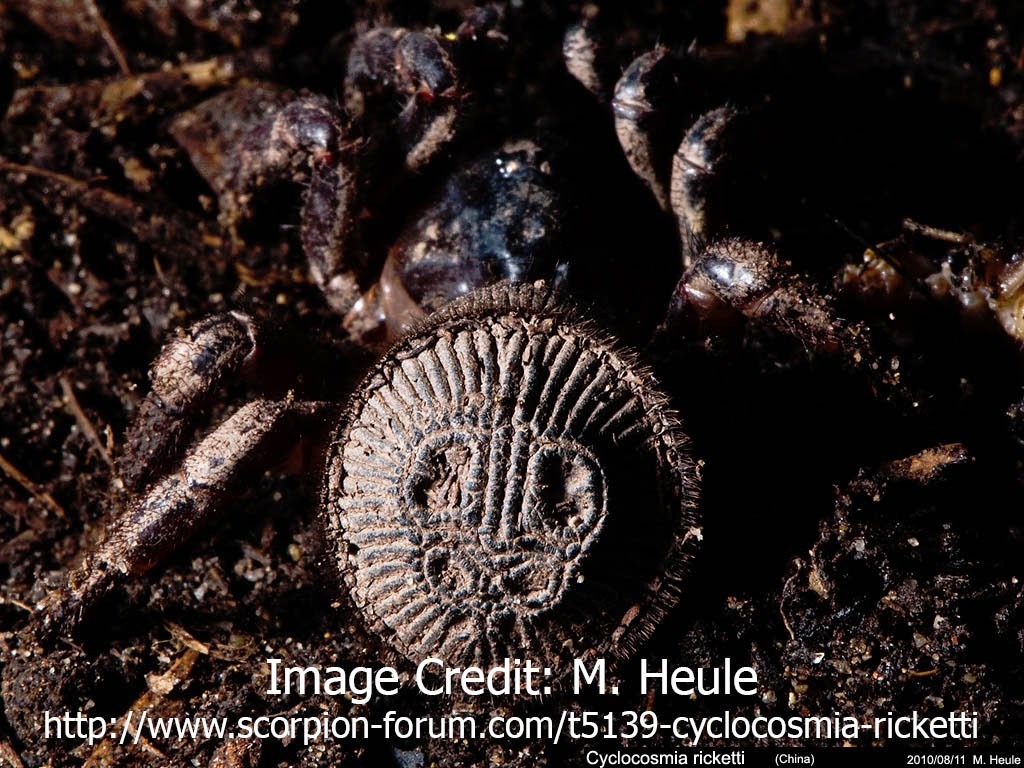 Cyclocosmia are very long lived for a spider and have been known to survive up to 12 years in captivity. They are not very good disperses and are often found in close proximity to other members of the same species. By all accounts they seem to be fairly rare.

Distribution:
There are Cyclcosomia species  in east and south east Asia and in north and central America.

Classification:
Most members of the family Ctenizidia are referred to as trapdoor spiders as they have a similar lifestyle, however the word gets used for other taxa as well.
Kingdom: Animalia
Phylum: Arthropoda
Class: Arachnida
Order: Araneae
Family: Ctenizidia
Genus: Cyclocosmia