You can't have a weird creature blog without, at some point, mentioning Daubentonia madagascariensis, commonly known as the Aye-aye. The Aye-aye is a Primate (hey that's us) and are not named after their weird nocturnally adapted eyes, but from the name the indigenous people give them.  Although their eyes are pretty cool: 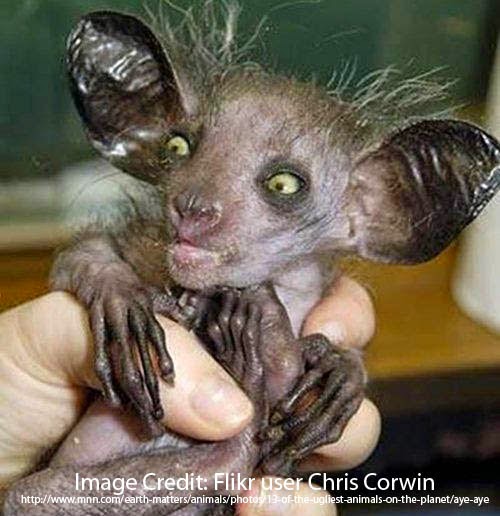 They are nocturnal and arboreal, rarely if ever venturing onto the ground. They use their teeth to drill holes in trees and claw out grubs with their long lanky fingers. They are generally omnivorous and have quite a similar diet to us except with more insects and less meat. 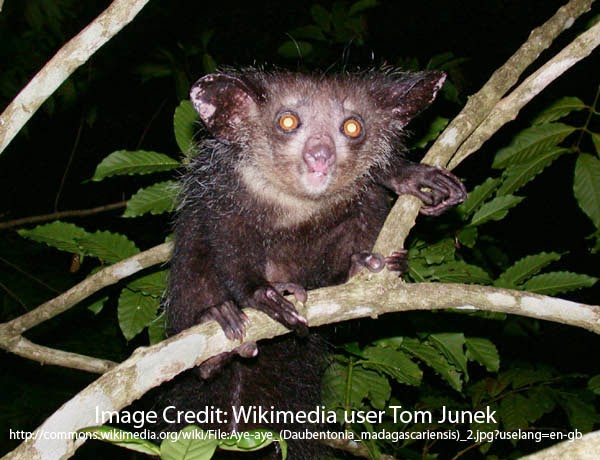 Distribution:
The Aye-aye is endemic to the dense forests of Madagascar, mostly along its east coast.

Classification:
Aye-aye's are often mistaken for Lemurs and indeed they are a close relative. I think the persistence of this misunderstanding has a lot to do with their distribution as Madagascar is the place to go for lemur diversity. There has also been speculation that they are in fact a squirrel but modern analysis has shown that they are indeed primates and not rodents and they are most likely the sister group to the Lemurs. They are the only member of the genus Daubentonia  and the only member of the family Daubentoniidae.