A frog the size of a pea
Description:
I have spoken a lot about grossly enlarged organisms which often hold the title of the largest organism in their group. Today I will be showing  you the smallest frog and indeed the smallest vertebrate in the world. Paedophyrne amauensis was discovered in 2009 and described in 2012 and does not even reach 8 mm in length, that's one third of an inch. For those of you who think the generic name looks a little unusual it simply means child frog in Greek.The specific epithet comes from a town near where they were found. 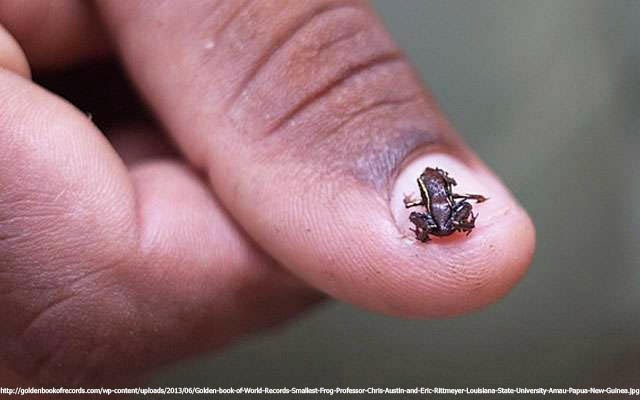 Unlike most frogs this guy doesn't have a tadpole phase and its young are hatched as even smaller versions of the adult. Apparently their calls sound a lot like the noise of an insect. It is presumed that they specialize on eating tiny invertebrates such as mites. 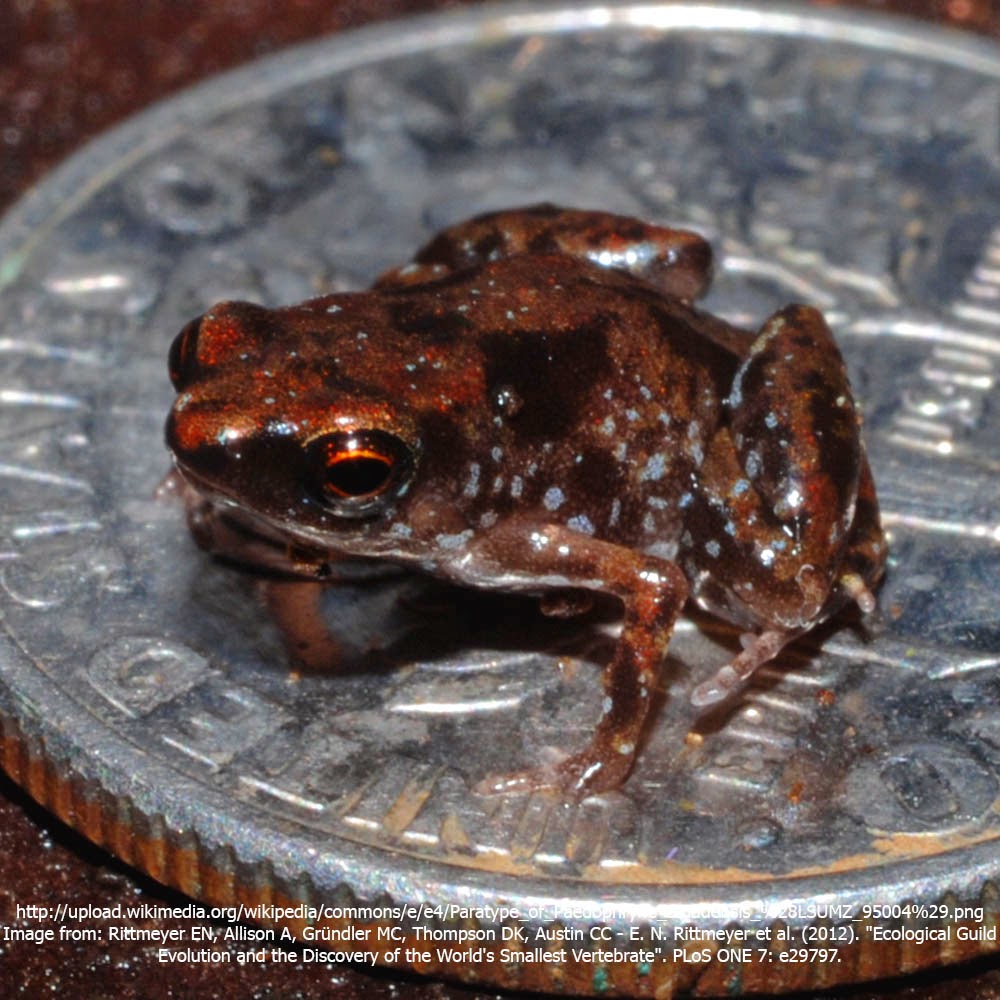 They can jump nearly 25 cm, which may not seem like much, but considering that they are one thirtieth of that length it is quite impressive.

Distribution:
Paedophryne amauensis is only known from the Central Highlands in Papua New Guinea.