A real life sea monster
Description:
Cartographers used to write there be monsters on the uncharted areas on the edges of the maps. Today's uncharted territory is the depths of the ocean in which it can truely be said there be monsters. No creature confirms this more than Mesonychoteuthis hamiltoni commonly known as the colossal squid. This giant beast is often referred to as the giant squid, but as this is also the common name of the genus Architeuthis, it is probably better to avoid this name. 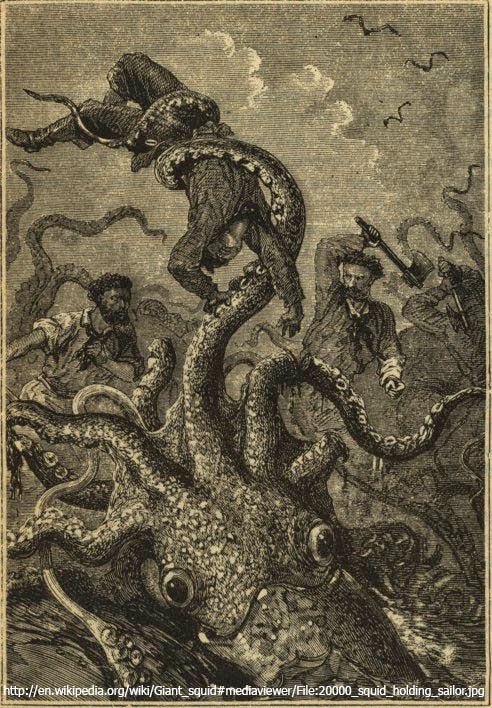 The largest of all squid (at least by weight) is the colossal squid and its size makes it the stuff of maritime legends. Remains of these beasts may have inspired some of the myths of sea monsters which sailors have been embellishing for centuries.  It is the largest animal in the world outside of the vertebrates, measuring at an estimated maximum size of 14 meters long you would think this deep sea monstrosity would be hard to miss. 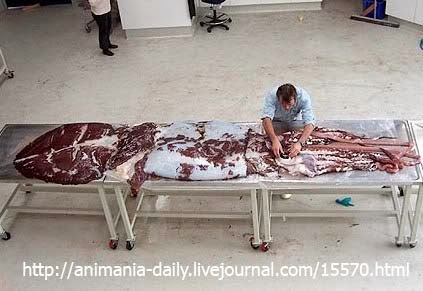 As it  turns out, this is not so. The first live specimen to be observed was captured in 2005 despite sporadic confirmed instances of remains being found in the 100 years before. Since then, deep ocean exploration has turned up two more confirmed sightings. The colossal squids tentacles a covered in suction pads as well as hardened hooks which can swivel, presumable for preventing its prey from escaping. 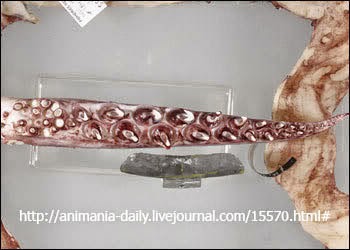 Distribution:
The colossal squid is found in the depths of the southern oceans. Not enough information is available to give an accurate approximation of its most common depths.