A bacteria which  can change males to females

Description:
Wolbachia is a genus of bacteria which has been co evolving with its insect hosts for a very long time and has possibly plagued insects ancestors since before they branched off from the crustaceans.
Wolbachia can be transmitted in insects from a mother to her offspring through infected eggs, a trick which does not work in male sperm. Given the amount of evolutionary time that they have to co evolve this has lead to some interesting adaptations in order to ensure they are transmitted to ensuing generations. From an evolutionary perspective the Wolbachia obviously prefer female hosts. This has lead to some bizarre adaptations when insects are infected. 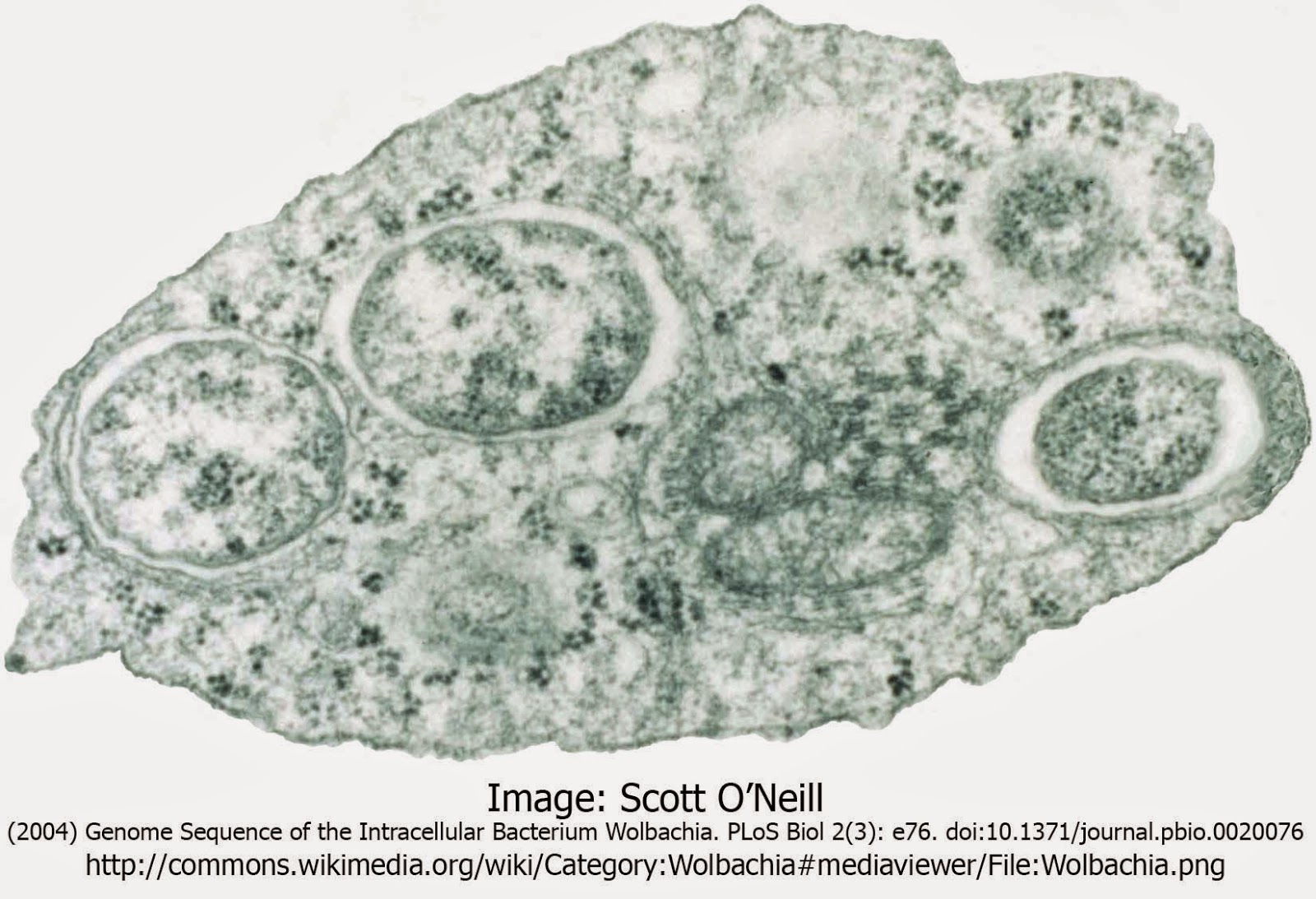 We mentioned parthenogenesis in yesterday's post. It has been shown that in some insect branches Wolbacia are responsible for enabling parthenogenesis in female insects leading to a generation of infected clone females. It is possible that Wolbachia are responsible for parthenogenesis in all insects which employ this strategy.
In some insect lineages Wolbachia have been known to kill males before they are born in order to eliminate the competition for the infected females.
In some lineages Wolbachia has been known to change males into females when they are infected early in their development.  They will grow up to be fully functional females or sterile feminized adults depending on the species. The sterile feminized cast does not really make sense to me and I assume it is just an evolutionary mistake as a result of the fact that not all insects require the same things to become female.
In some lineages Wolbachia makes males unable to reproduce with females which are not infected with the same strain of Wolbachia.
Wolbachia infections have also been known to cause females to increase egg production resulting in more offspring to the long term detriment of the host.
Interestingly these bizarre bacteria do have their uses to us. Wolbachia have been shown to give insects a resistance to certain viruses, including some insect transmitted viruses which infect humans. Wolbachia infected mosquitoes have been used to spread infections among mosquito populations in order to control the spread of dengue fever.

Distribution:
Wolbachia is found wherever there are insects, which is everywhere.