The remembrance day poppy's evil brother
Seeing as it is rememberance day I thought I might find an appropriate creature for the day. Poppies are the symbol of the day, so I decided to go with the opium poppy.

Description:
You would be surprised how often I get asked 'so is there some sort of bug or something that will make you high?'. The truth is most things that make you high (at least the ones known to science) are probably well known by those people already.  Papaver somniferum or the opium poppy is the king of all making you high organisms. It has been used at least since ancient Egyptian times for pain relief ans to help people sleep. In ancient Greece it was also used for its hallucinogenic properties. 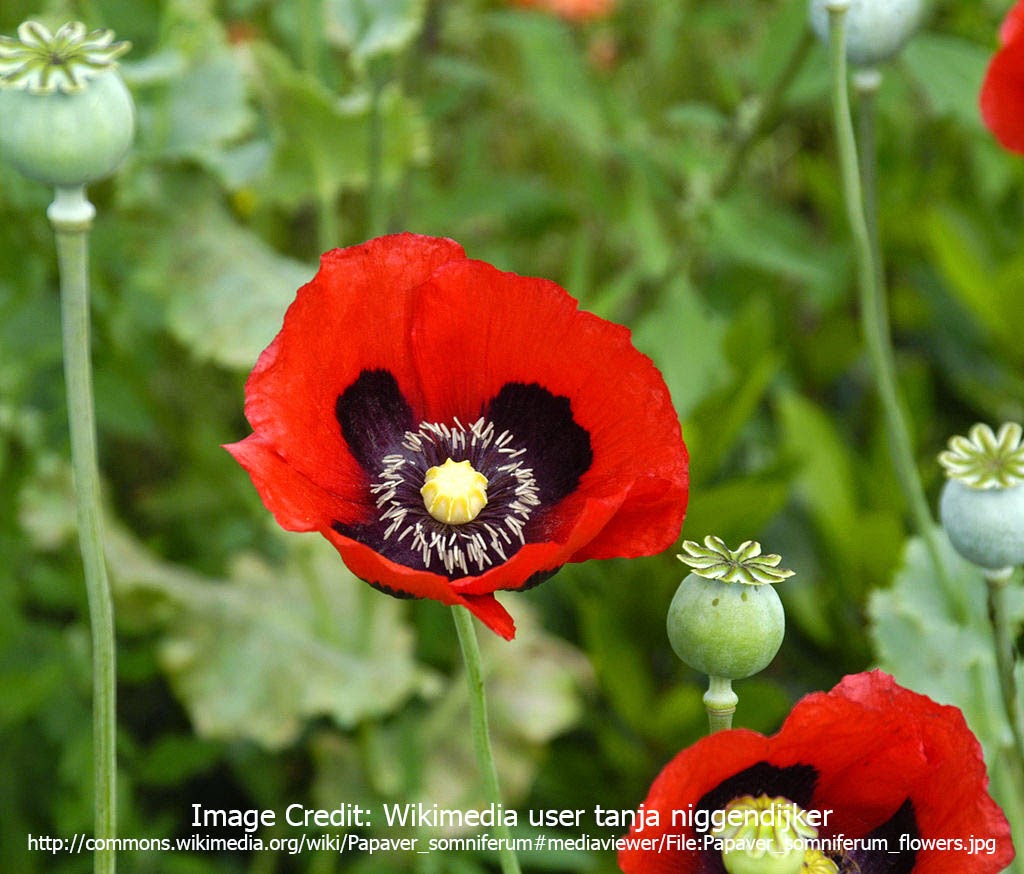 It has a rather striking appearance bearing bright red petals with a contrasting black base. Don't let the innocent looking flowers fool you, because it really packs a punch. This plant contains all kinds of highly addictive chemicals such as Heroin, Morphine and Codine. The illegal substance Opium is a combination of chemicals present in the dried latex of the opium bulbs.
Poppies themselves are a large genus and the poppy used in remembrance day is not the opium poppy but Papaver rhoeas, a common agricultural weed in Europe. The origin of this comes from a poem for a fallen friend by the WW1 Canadian military Physician John McCrae.

Distribution:
The native range of the Opium poppy is hard to determine as it has been widely cultivated for a long time. It most likely originates from the middle east or Southern Europe but it now
ooccurs both as a cultivated crop and Iin the wild in many parts of the world.