A giant centipede that eats bats.

Description:
Scolopendra gigantea is South American centipede which is, as its specific epithet suggests, huge. 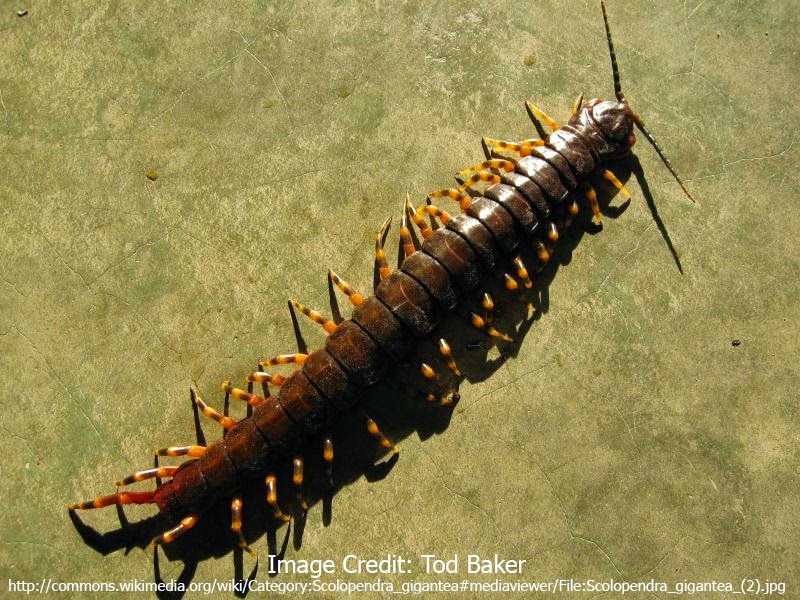 It became famous from a documentary called life in the undergrowth narrated by David Attenborough,  the king of documentaries. The documentary shows one of these large beasts climbing a cave wall, releasing some of its front legs in order to hang from the ceiling. It then catches the bat in mid flight and starts devouring it. I would embed the video here but it has been taken down from YouTube for copyright violation. Scolopendra gigantea will eat small mammals or birds as well. 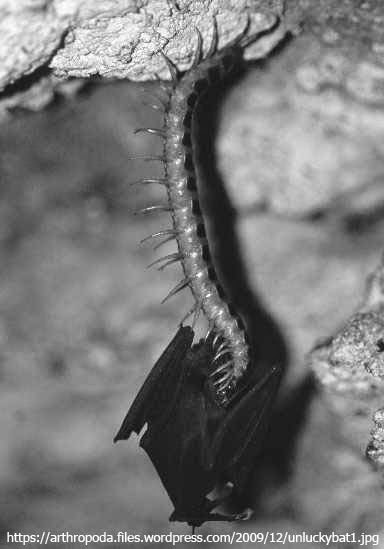 They can grow up to 30cm long and have long fangs which are for feeding only. Subduing and envenomating their prey is achieved through the large hooked claws on the end of their legs.

Distribution:
Scolopendra gigantea is found in central and tropical South America and the Caribbean Islands.