A cructecean with super powers

Description: Odontodactylus scyllarus is commonly known as a Peacock mantis shrimp or clown mantis shrimp, but it is not a Peacock, or a clown, or a mantis or even a shrimp. 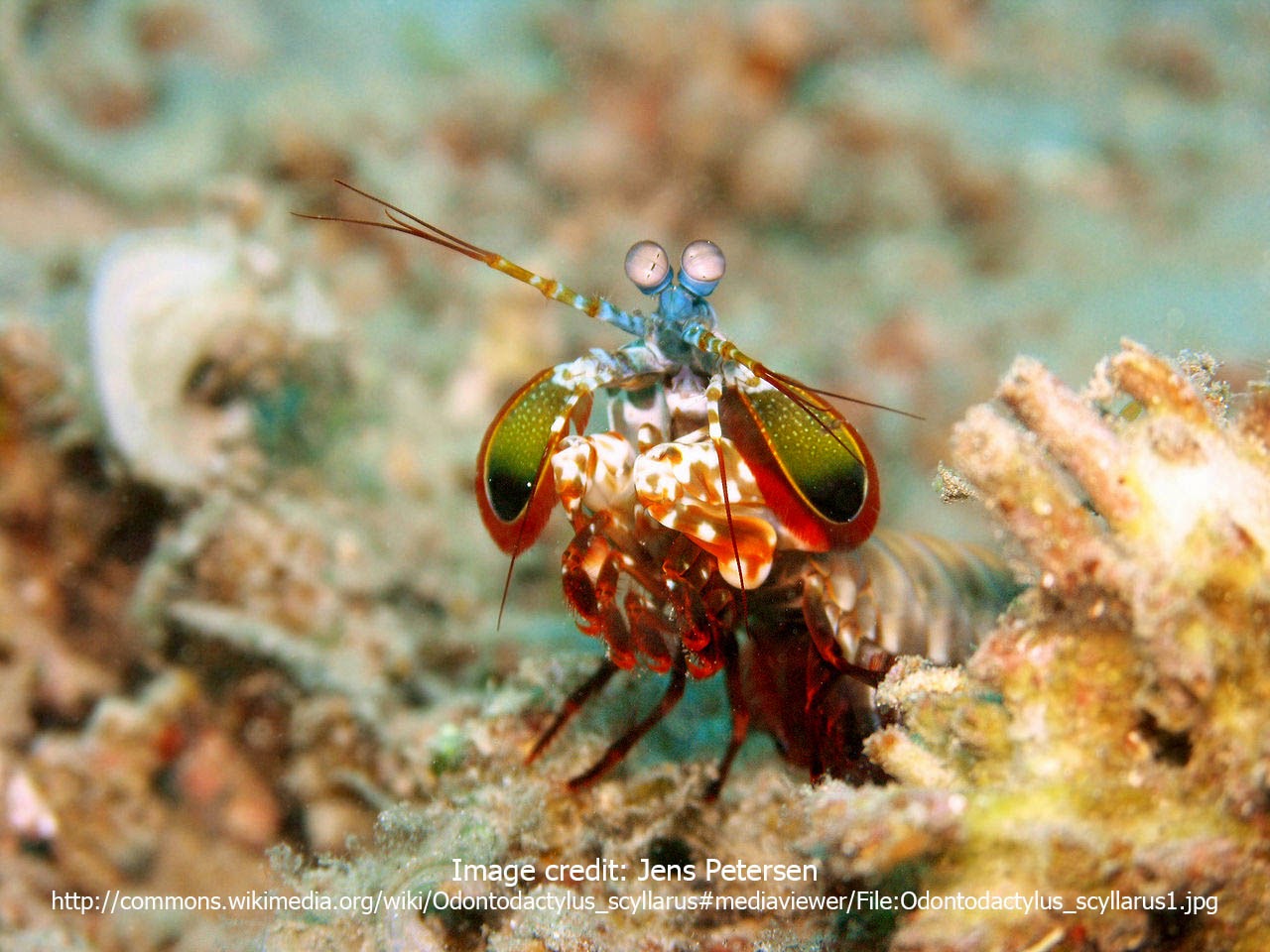 Not only is this a bizarre looking creature with its stalked eyes and it brightly coloured exoskeleton, but it is widely known for having the fastest punch in the animal kingdom. Some fisherman have been known to call them thumb splitters because of what they do to your thumb. The Peacock clown mantis shrimp can punch at over 80km/h (50mph) with an acceleration of over 10,000 g, the action is so fast that it literally boils the water in a small area which creates a minute vacuum for an instant. The heat and light created when this vacuum implodes is large enough to be measured.
The Clown mantis shrimp moves its eyes around on its stalks roughly ever 300ms. The eyes are moves independently and in independent directions. As far as we can tell these movements are random (within certain parameters) and are made up of three independent unpredictable components: a tilt in the angle of the eye stalk axis, a vertical-horizontal tilt and a rotational component.

Classification:
If you are wondering how these guys got their eclectic common name here is the explanation: Order Stromatpoda is commonly called the mantis shrimps in order to differentiate them from other shrimp like Orders. The peacock or clown at the front is a reference to the particular species.
Kingdom: Animalia
Phylum: Arthropoda
Class: Malacostraca
Order: Stomatopoda
Family: Odontodactylidae
Genus: Odontodactylus
Species: Odontodactylus scyllarus