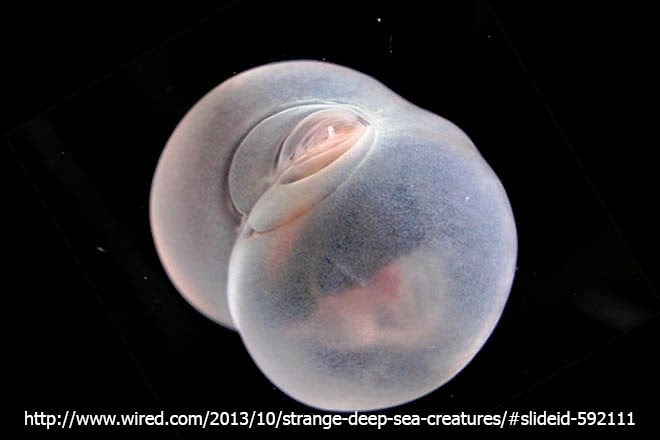 This unusual looking animal is a segmented worm, just like earthworms or leeches. Two of the middle segments are inflated giving the pig butt worm the ability to float around deep in the pelagic zone of the ocean. The other segments form a sort of layering you can see around the middle. In their natural state they have been observed floating around in a cloud of their own mucous several times the size of their body. It is assumed that this is how the capture their food.
The creature is capable of bioluminescence and can be coaxed to emit a bright blue light: 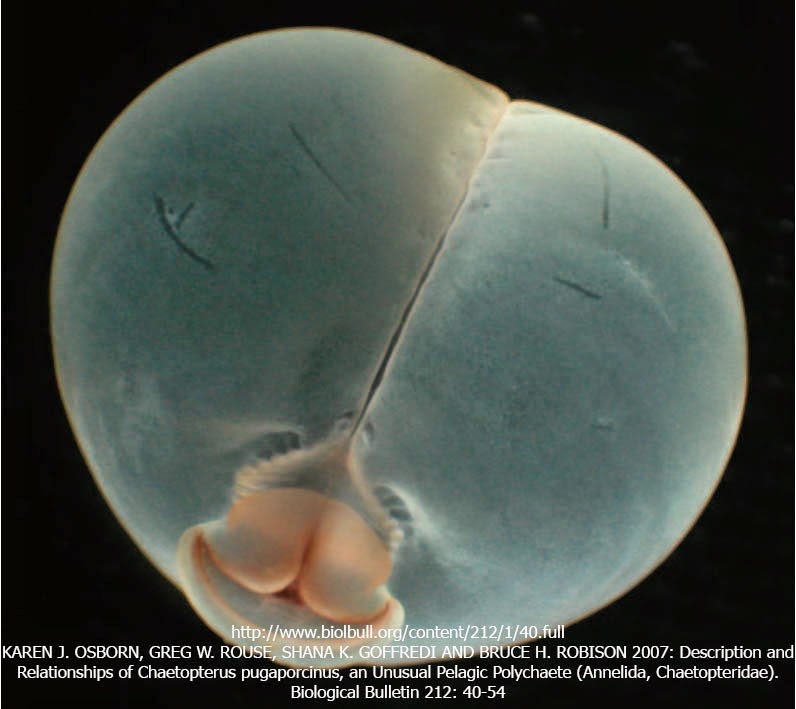 They also emit bioluminescent spots in their mucous.

Distribution:
The Pigbutt worm is found lower in the Mesopelagic and in the Bathyalpelagic zones of the ocean. The original specimens were found in off Monterey Bay, California but it is unlikely that they are restricted to the area.