Not your garden variety slater
Description:
I'm sure you've all see those little arthropods, in pretty much every garden in the world, which roll up into a hard ball when you pick them up. They go by many common names including slaters, rolly pollies, pillbugs and woodlice. Many people don't realize they are actually an order of crustaceans called isopoda and the majority of them live in the ocean. Bathynomus is a genus of about 20 of these marine isopods. They live in the deep ocean,  and like many species down there they have undergone deep sea gigantism. 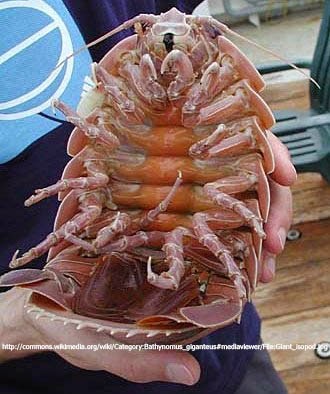 Yes they can grow up to 76 cm long and weigh up to 1.7kg. They do have the ability to roll themselves up into balls when threatened, albeit very slowly.  They don't eat very often due to the fact that they are very rarely fully active metabolically. Most will only eat a few time per year with some individuals recorded spending years at a time without eating. When they do eat they eat so much that they can scarcely move afterwards. They are predominantly scavengers and feed off dead organisms that fall from the pelagic zone. 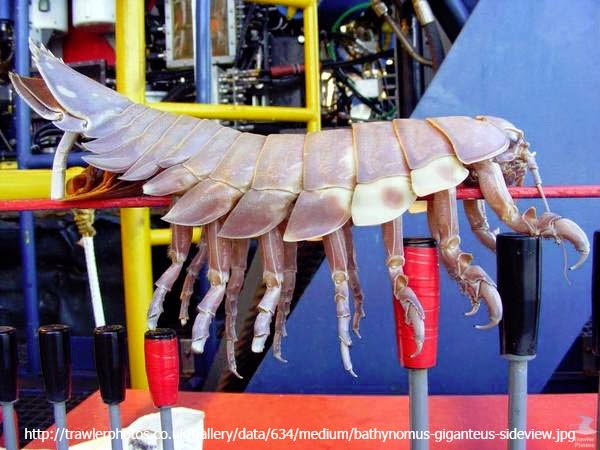 Distribution:
Bathynomus are benthic organisms usually found between 200 and 2000 meters in depth  and are found in all the major oceans of the world.