A crustacean which only grows body parts if it needs them.
Description:
Daphnia is a genus of if the crustacean order Cladocera. Their common name water fleas is used for several similar small crustaceans which do not form a natural group.
These tiny crustacean only grow to about 5 mm at most. They are of interest because of this simple fact. The two individuals below are in fact genetically identical: 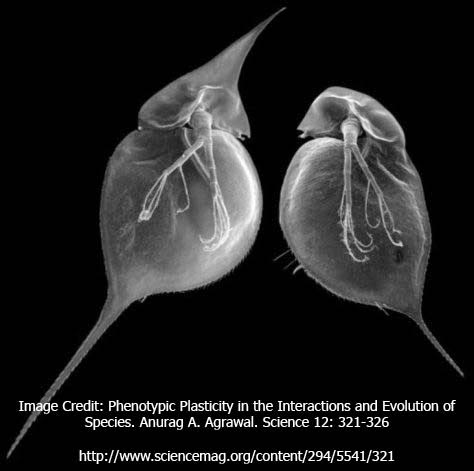 They grow differently depending on weather predators are present or absent. If they grow up in an environment with predators they develop defenses such as those spines on the head and tail. If they are absent, there is no need to bother, so they don't. These differences are so extreme that before this dimorphism was understood some of the species were described as two separate species despite the fact that they may well have been genetically identical. The defenses do vary between species. 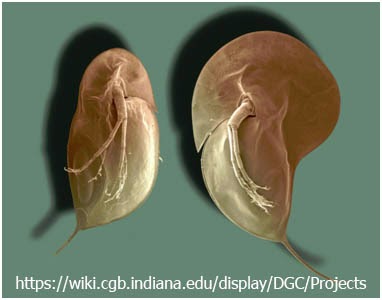 It is not just their appearance which changes in different environments. At least one species Daphnia magna changes its reproductive strategy depending on the environment.  When times are good they reproduce asexually producing as many clones of themselves as they can. When the environment becomes hostile they switch to sexual reproduction. The reason for this is presumably due to the fact that this strategy gives them a greater diversity of offspring giving them more chance of at least some of their offspring will survive. 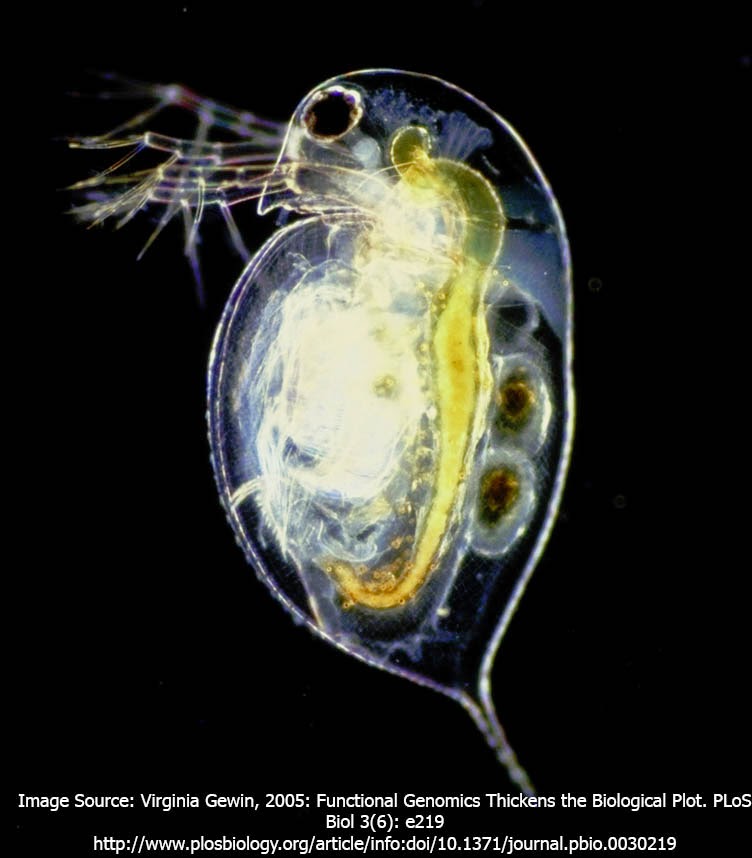 They are convenient for use in the effects of various substances on the nervous system as their transparent body allow the heart rate to be observed without killing the animal.  Daphnia pulex was the first crustacean to have its genome sequenced.

Distribution:
Daphnia are planctonic animals found in fresh water aquatic environments all over the world.