Welwitschia mirabilis is the only member of the genus Welwitschia and consequently is usually refterred to only by its generic name. It looks like a rolled up piece of plant debris: 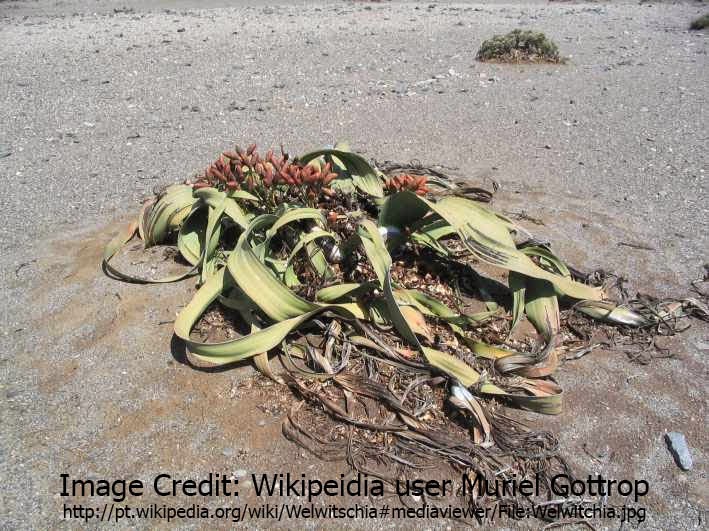 The plant grows only two leaves before the tip of the stem (called the apical meristem) dies off. As the apical meristem is the part of a plant from which new leaves can sprout this causes the plant permanently lose the ability to grow new leaves. The two leaves can continue growing until they reach a length of around 2-4 meters, which is a very big leaf. While they are hard to age exactly botanists are confident that many living specimens are over 1000 years old, and some may be over 2000 years old. Often the leaves will be so tattered and damaged due to events over the last millennium that they appear to have several leaves. 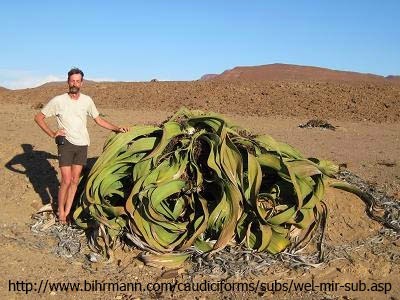 The plants are either male or female and require insect pollination onto another plant to reproduce. As they are not angiosperms, they do not produce flowers but they do produce a sort of nectarish substance to encourage pollination. Females produce cones like pines. 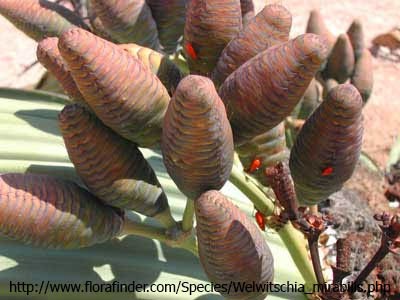 Distribution:
Welwitschia is endemic to the Namib desert in South Western Africa.

Classification:
Welwitschia mirabilis is not only the only member of its genus, but it is the only surviving species in its whole order, the Welwitschiales. They are in a group called the Gnaetpphta, which I don't think has been officially raised to a phylum yet. Members of this group used to be considered part of the Gymnosperm phylum, which moat botanist now agree is not monophyletic.