Ants that farm other insects

Description:
Formica rufa is a species of ants which are commonly known as red wood ants. Their primary food source is sugary liquids, but they are fairly omnivorous in their food habits. 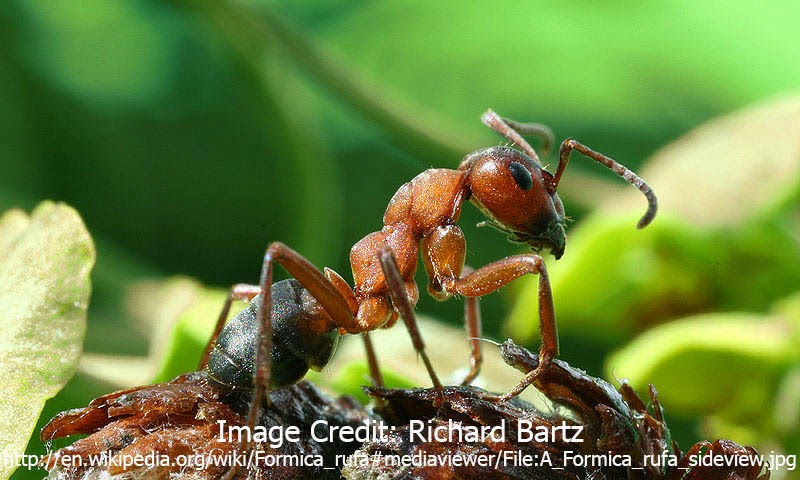 So far nothing I have told you can be called bizarre, the interesting part of it is the way they collect their primary food source. These ants farm aphids. As aphids exclusively eat plant matter which is high in carbohydrates and low in proteins they need to eat far more sugar than they need in order to get enough proteins in their diet. As a result they excrete a very sugary waste which the red wood ants love. 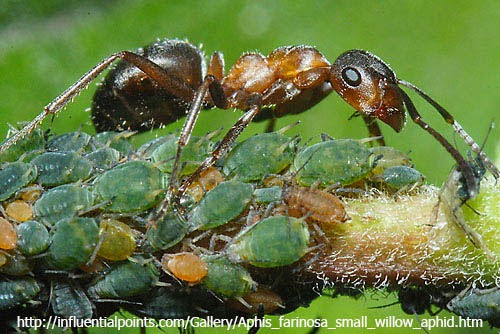 But these ants go beyond just harvesting sugar from the aphid colonies, they go to such as an extent that their behavior can only be analogized to farming. Ants are very good at keeping insects away from certain areas. On plants near their nest they get rid of the herbivorous insects which would otherwise be competing with the aphids. They defend their aphid colonies from predators as they would their own nests. They have even been known to trim the wings off the aphids in order to prevent them from flying away far from their nest. They have a special trick for coaxing the aphids to excrete their waste by stroking them in a certain way. Aphids which have been exposed to this for a long time have been known to not excrete any waste until the ant farmers come around to harvest their sugary nectar.

Formica rufa is not the only species of ant which farms other insects.

Distribution:
Red wood ants are found in Europe and into Russia as far east as Siberia.