A very brainy fish
Description:
The colloquial name forGnathonemus petersii  is Peter's elephantnose fish. O.k. I admit it, this one is mostly here because I really like the name. Having said that it does have a pretty weird looking nose: 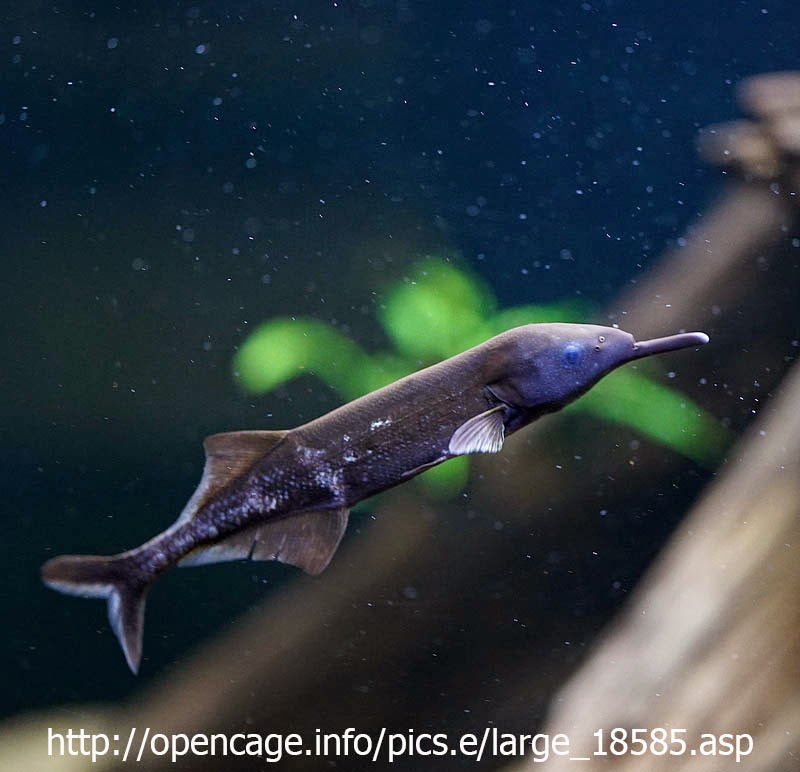 It also does have some pretty cool facts to go with it. Peter's elephantnose fish is covered in tiny little electrorecptors which have a sensory function. They are particularly dense on the long protrusion we would call a nose. They use these abilities to 'feel' their way around.They also give off a tiny electic current which they can use to identify other elephantnose fish when finding mates. As they usually live in muddy water with low visibility this - is quite a useful substitute for their sight, which is poor. 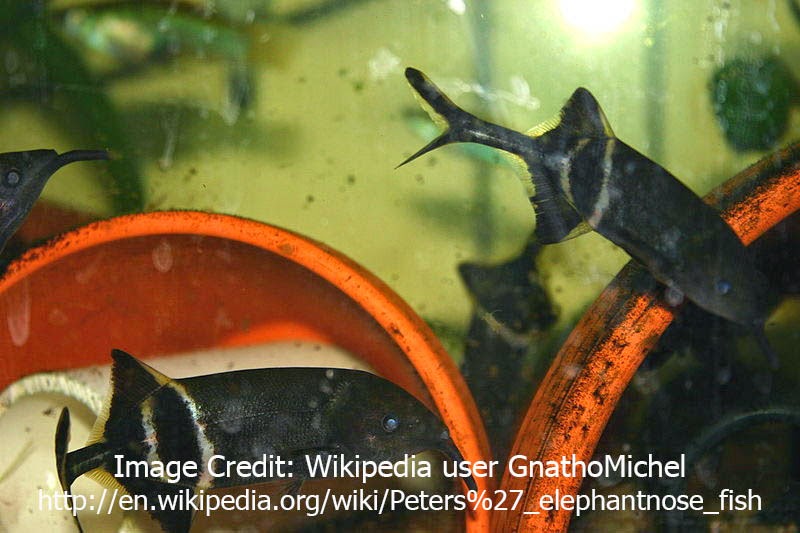 Peter's elephantnose fish also has a very big brain for it's size. In fact it has the largest brain to body weight ratio of any known vertebrate animal, yes that includes you. They are often raised as pets and in Aquaria all over the world.  Despite the fact that their preferred natural habitat is very muddy turbid water, they do not cope well with industrial pollutants and have been used as indicators of water quality.  They are nocturnal and rarely come out during the day. They prefer to hide among submerged branches and rocks during the day. 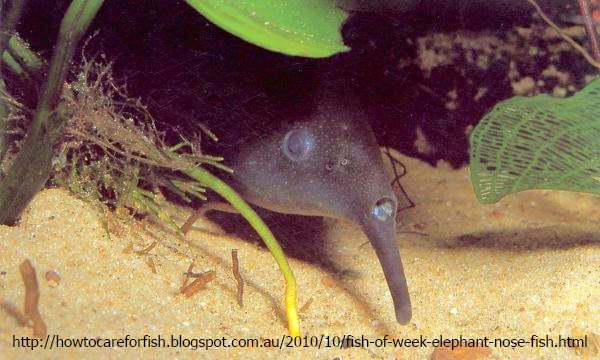