This is not a balloon animal.

Description:
Scotoplanes is a genus of deep sea cucumbers which are commonly known as sea pigs because apparently they resemble a pig. I think they look more like balloon animals. 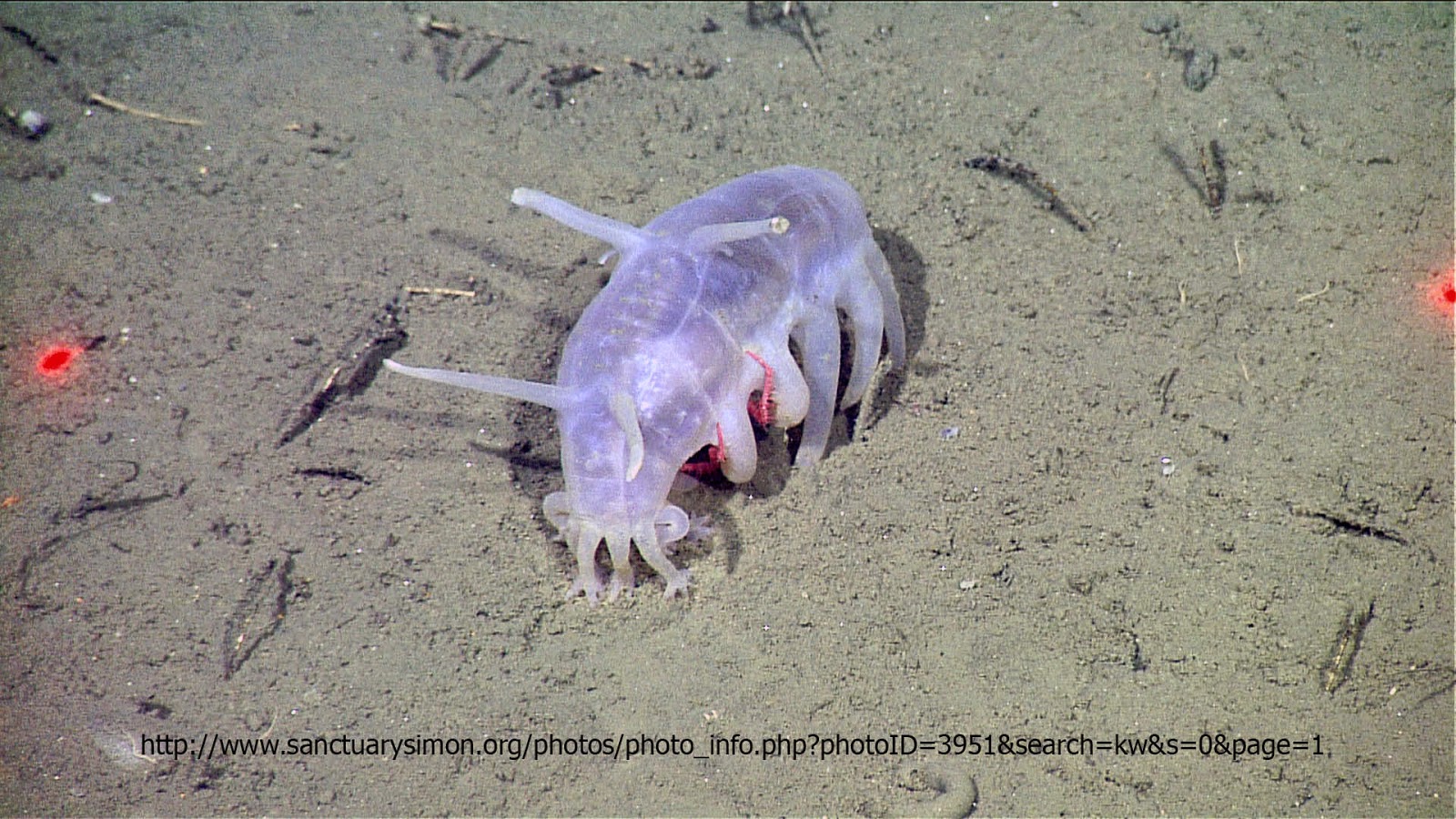 They have all the usual adaptions in sea cucumbers such as the self evisceration and the single orifice for eating and excretion.  You can read about these in my post on Johnson's sea cucumbers. 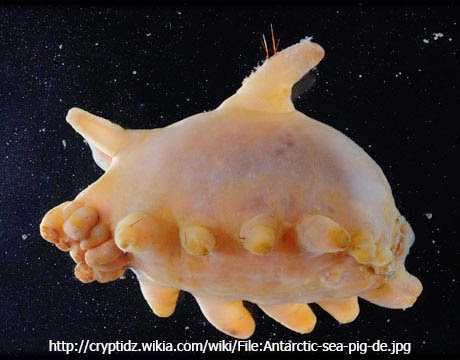 The stubby projections coming out of the base of the animal are used to walk. They are inflated and deflated by hydraulic pumps which are so common in echinoderms. The long protrusions on the top are modified versions of their feet, but their purpose is uncertain. Those tentacle like structures around their mouth are for sifting through the ocean sediment for the bits of food that they eat. They often gather into herds which can contain up to hundreds of individuals and will often face the same direction while herding.

Distribution:
Sea pigs are found on the ocean floor in the abyssal zone of the ocean. They are found in the Atlantic,  Indian and Pacific Oceans.