Vampire flying frog
Description:
Deep in the rainforests of Vietnam on the tops of mountains lives the recently discovered flying amphibious fanged horror called Rhacophorus vampyrus otherwise known as Vampire Flying frogs. These arboreally adapted amphibians were discovered in 2008 and by the Australian Museum's Jodi Rowley.

The tadpoles of this frog have unusual fangs, which are for a purpose which we have not ascertained. The adults have extensive webbing between their toes which they use to glide between trees. They lay their eggs in  tree holes which have been filled with water at least 30 cm above the ground. 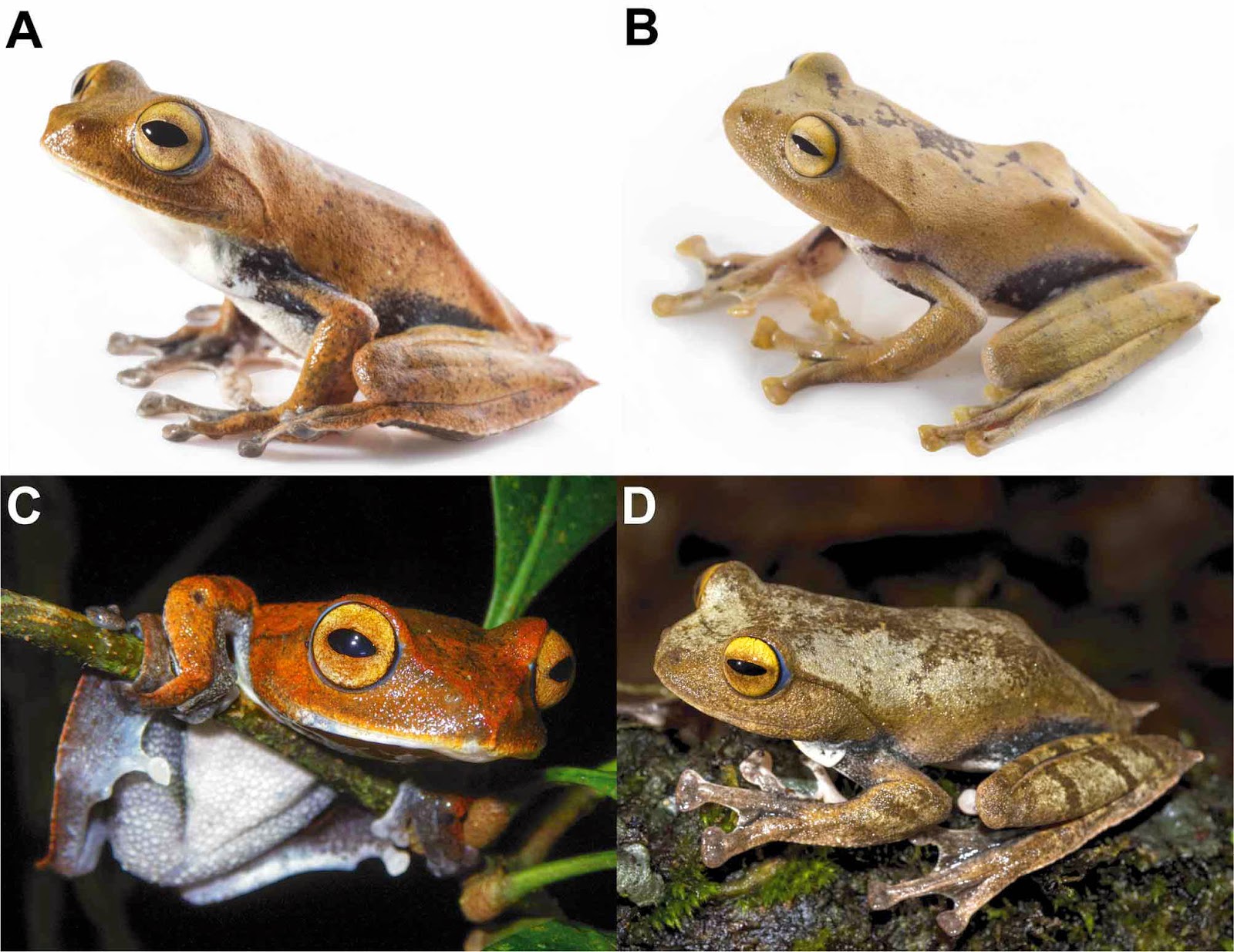 It is very difficult to find images of this species so I am getting them from the paper which described them.

Distribution:
The Vampire frog is found in the jungle of Vietnam at altitudes of around 1500 m and above.