The world's biggest spider?
Description:
Theraphosa blondi is a large spider which you may have heard referred to as the Goliath bird eater. The name is a reference to its enormous size and ability to eat small birds. 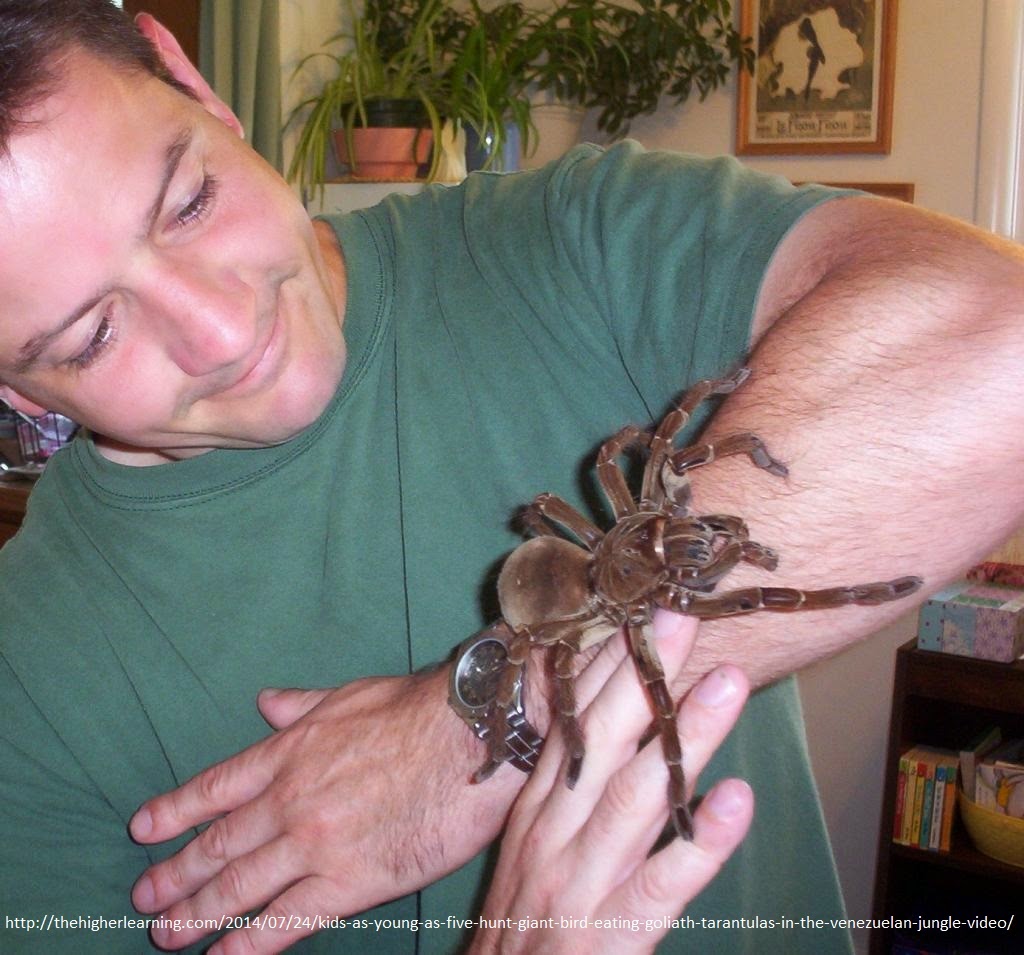 It is arguably the largest spider in the world. In weight they win the title weighing up to 170g.  They come second in terms of leg span with a maximum of 28 cm being outdone only by the Giant Huntsmen Spider. Their fangs are more than capable of penetrating human skin, however the bite of the Goliath bird eater is not fatal to humans. Poisoning will cause nausea and rashes. Like many other tarantulas their exoskeleton is covered in thousands of minute hairlike bristles which will snap off and embed them self on anyone brave enough to touch them. These can cause severe painful rashes in humans. They can rub these bristles together to make a noise which can be heard by humans from several meters away. 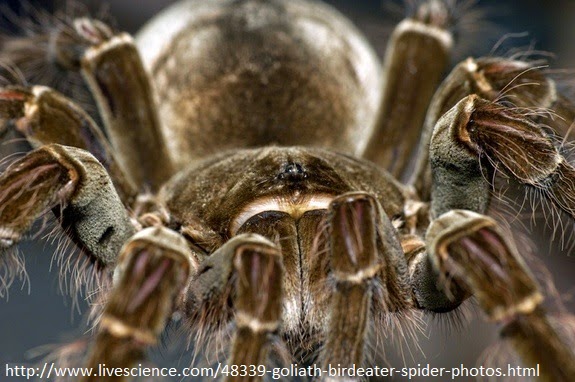 Despite its name this massive spider will only rarely eat bird for the simple reason that they are quite hard for a spider to catch. Their diet usually consists of small mammals, lizards and amphibians as well as large insects. They actively hunt their prey and rely mostly on stealth to sneak up on their prey.

Distribution:
Goliath bird eating spiders are only found in rainforest along the north of South America.

Classification:
The Goliath bird eater is a member of the tarantula family Theraphosidae, so it is a type of tarantula.