A fungus that looks like an octopus.
Description:
Clathrus archeri is a fungus commonly known as Octopus stink-horn. This name may sound funny but it is actually quite descriptive. The mushroom of this fungus somewhat resembles an octopus and they smell like rotting flesh. 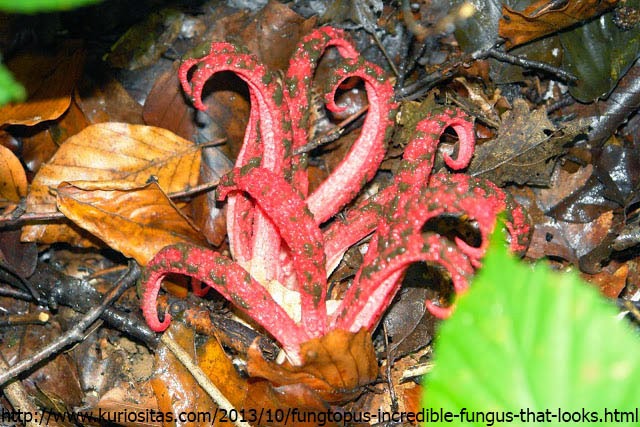 The fleshy lobes which look like octopus tentacles unfold from an egg shaped fleshy pod which is usually mostly above ground. They emerge from the pod joined but separate out and unfold as they grow.
The smell is an attempt to attract insects such as flies which enjoy feeding off rotting flesh. Unlike in flowers which employ similar tactics,  these fungi are seeking disperses bot pollinators. Their gleba are sticky enough to attach themselves to insects.  Interestingly enough,  despite the fact that they don't smell too appetizing,  you can eat the pods from which the tentacles emerge. Those who have tasted it generally don't recommend it as it tastes similar to its smell. 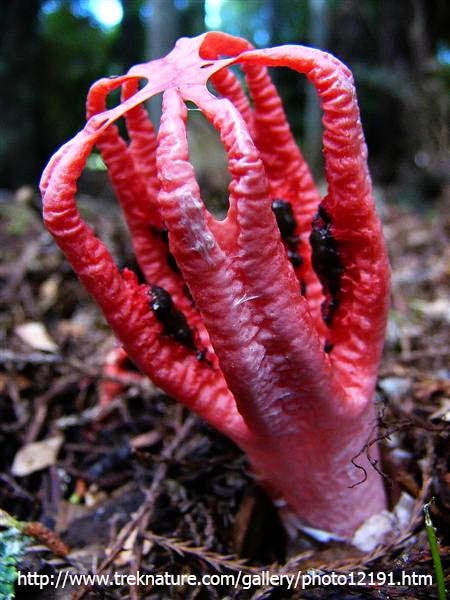 Distribution:
Octopus stink-horn is native to Australia but it has been introduced into several other parts of the world.