When do frills make you look tougher?
Description:
The name Chlamydosaurus kingii conjures the image of some kind of savage dinosaur with teeth the size of steak knives. Then you hear that its common name is the frill necked lizard,  and all of a sudden it doesn't seem so tough. 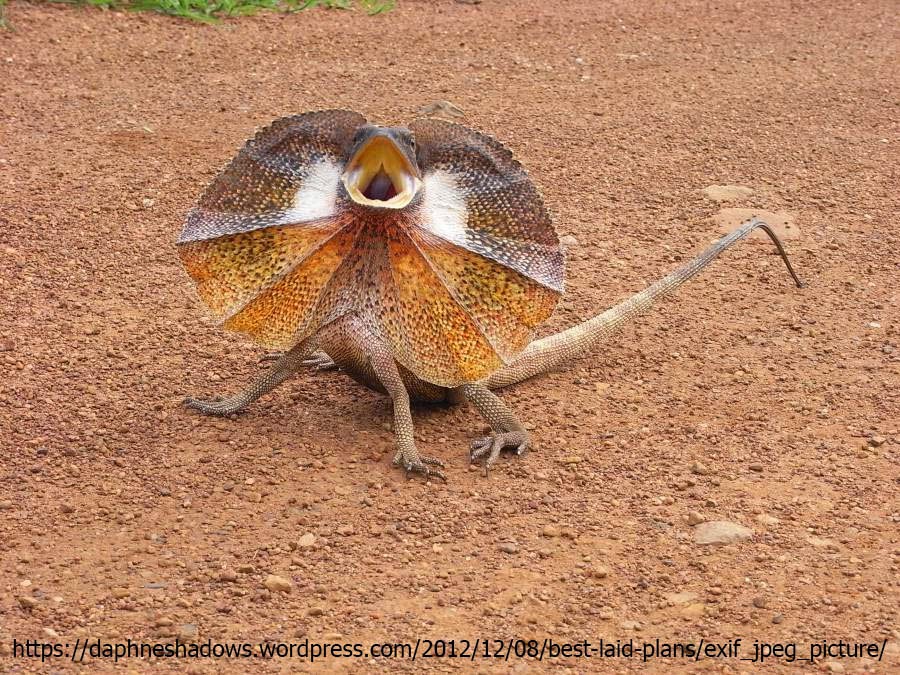 The large frill is supported by cartilage which is attached to the jaw. The frill necked lizard usually has its frill folded back over its body, but sometimes it decides that it needs to look really tough to scare off predators or competitors. 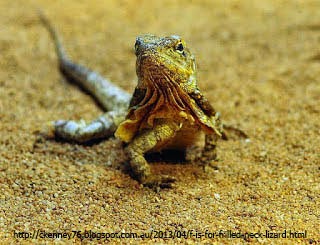 What better way to do this that to display a large brightly colored frill? The frill makes it seem a lot larger than it actually is to some other animals and suddenly extending it may give the impression of an animal leaping forward to strike. Often this is only enough to buy the lizard time to effect a hasty retreat. I think this guy had a similar idea: 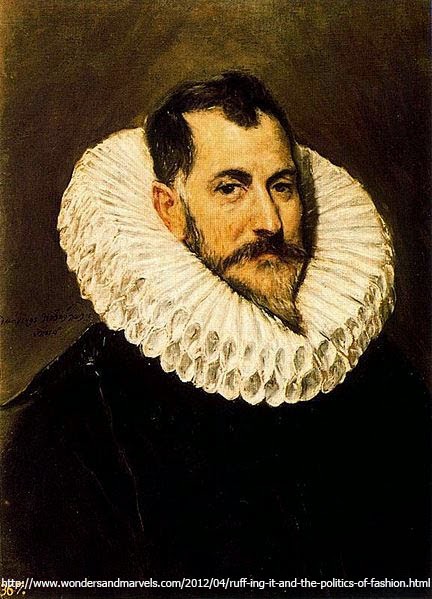 Frill neck lizards are mostly arboreal, however the sparsely forested regions of northern Australia often force them to cross fairly large distances on the ground. When they run, they only run on their hind legs. Many anthropologists believe that human bipedalism comes from a similar situation in Africa millions of years ago. The frill is also used in mating displays. Young frill neck lizards don't have the frill. If you think it looks funny when it gets aggressive,  you should see it run with appropriate comic music: