Hey, what's that thing on your pronotum?

Description:
Bocydium globulare are one of those insect species whose appearance alone earns it the title bizarre creature. 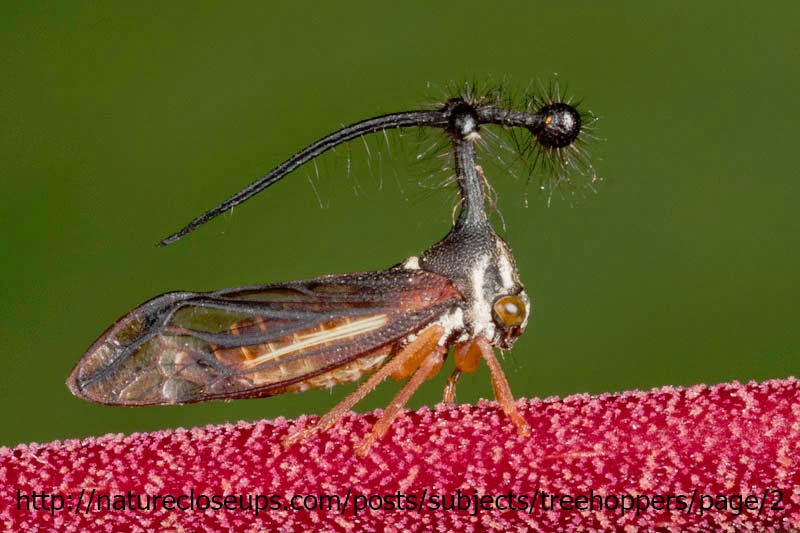 They are commonly called Brazilian tree hoppers, which I think is a disappointingly unimaginative name for such a weird looming insect. That hairy thorny structure growing out of their pronotum is just a part of their exoskeleton and contains no internal organs. 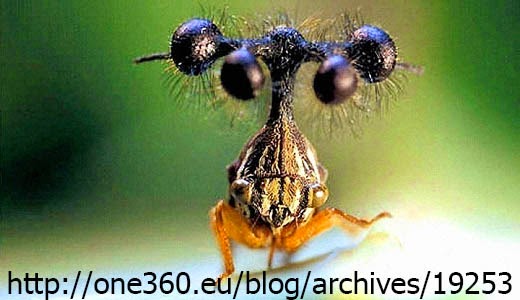 I guess at this point you want me to tell you what it is for. Unfortunately I can only speculate, because we don't actually know. One imagines that those thorn like spines are probably defensive but looking at the whole structure I think we all know that there is more to it than that. The structure is present in both males and females and does not display sexual dimorphism which makes it unlikely that it is part of some sort of mating display.  The Brazilian tree hopper is host specific and will almost always be found on glory bush. The structure may be partially a result of evolving for living on that particular plant.  The setae on the structure do sort of remind me of the vestiture of the glory bush seeds, but I am speculating again.

Treehoppers belong to a Hemipteran group called theAuchenorrhyncha, which I like to refer to as the orcs, as it is easier and they do sort of look like orcs.
Kingdom: Animalia
Phylum: Arthropoda
Class: Insecta
Order: Hemiptera
Family: Membracidae
Genus: Bocydium
Species: Bocydium globulare