Description:
Mastigoproctus giganteus  or the giant Vinegarroon is a species of whip scorpions, with a rather frightening appearance: 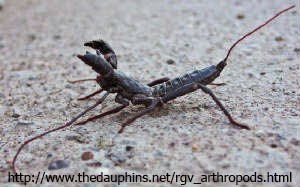 It is the largest whip scorpion, growing up to 85 mm long. Like other whip scorpions their front pair of legs has been modified into a long and slender jointed appendage which is very sensitive. They use them to feel their way around like a pair of antennae. Their whip like tail is mostly for sensory purposes, they use a different method to kill their prey. The base of their tail sprays vinegar over their prey in order to disable them. Only this vinegar is far more concentrated than normal vinegar with concentrations reaching 85% acetic acid. 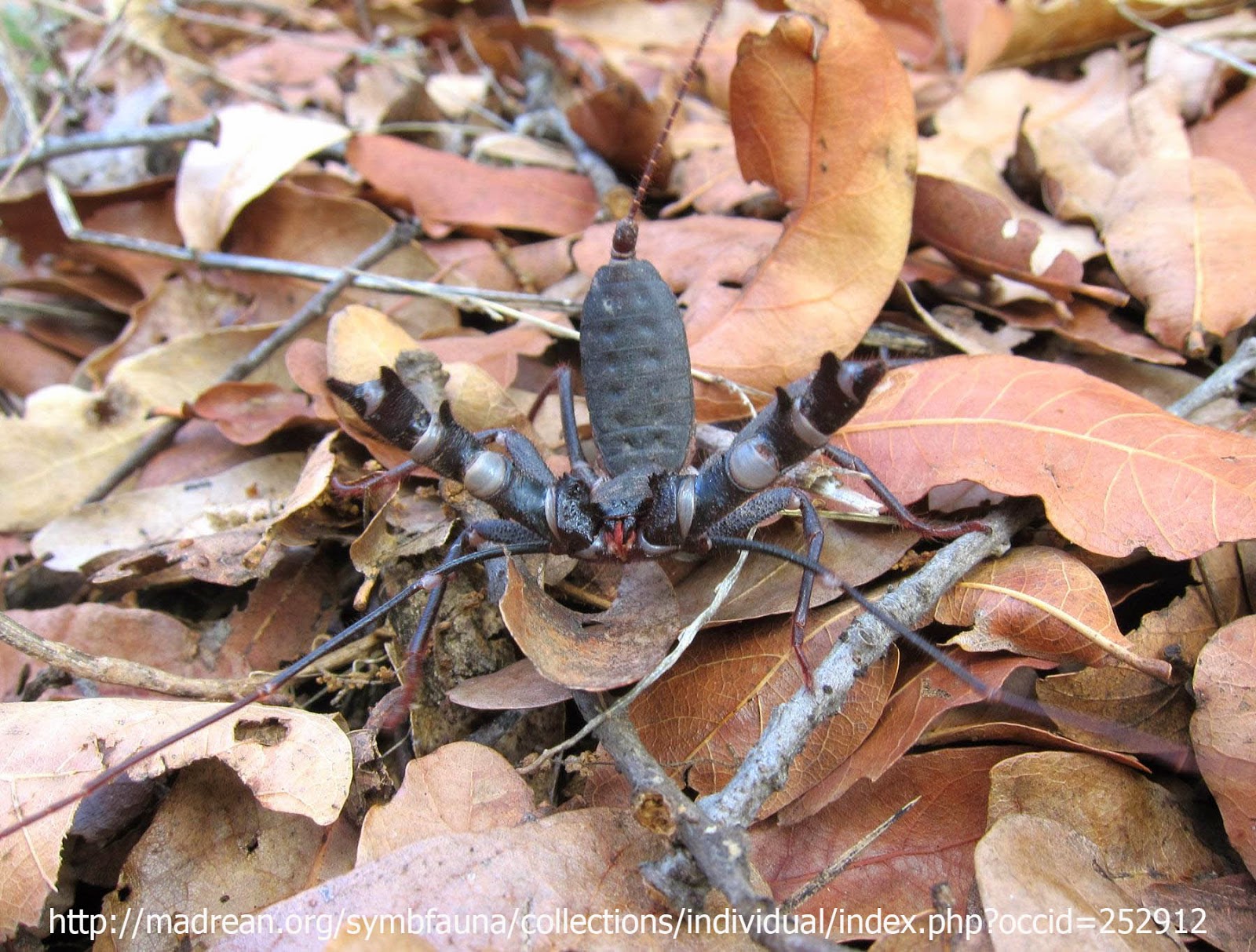 The females lay large eggs (for arthropods) in a sealed egg sac which they carry with them. When their young hatch they carry them around on their abdomen. They are slow growing organism, taking around 2 years to reach maturity. 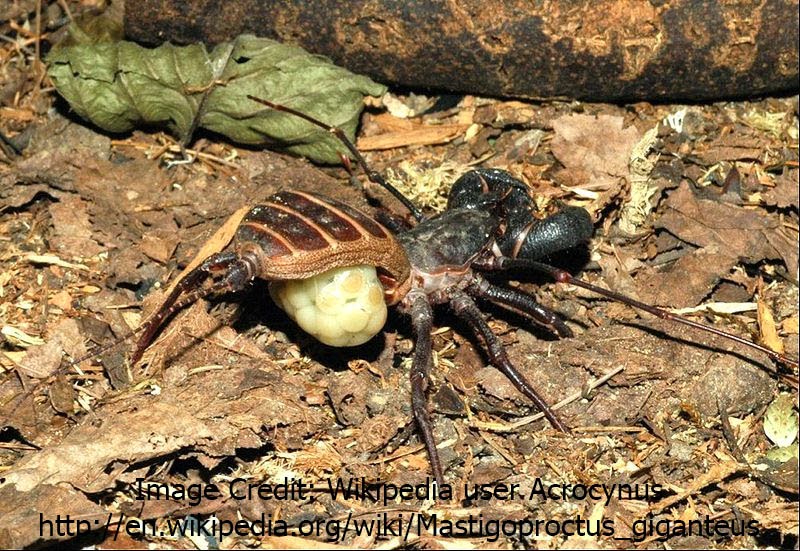 Distribution:
The giant Vinegarroon is found in Mexico and Southern United States.