What is plankton from Spongebob Squarepants?

Description:
Calanoida,  commonly referred to as calanoid copepods are a very common crustacean in the (hopefully monophyletic) order Maxillopoda. You probably have seen a representation of one of them in a cartoon. Don't believe me? Observe: 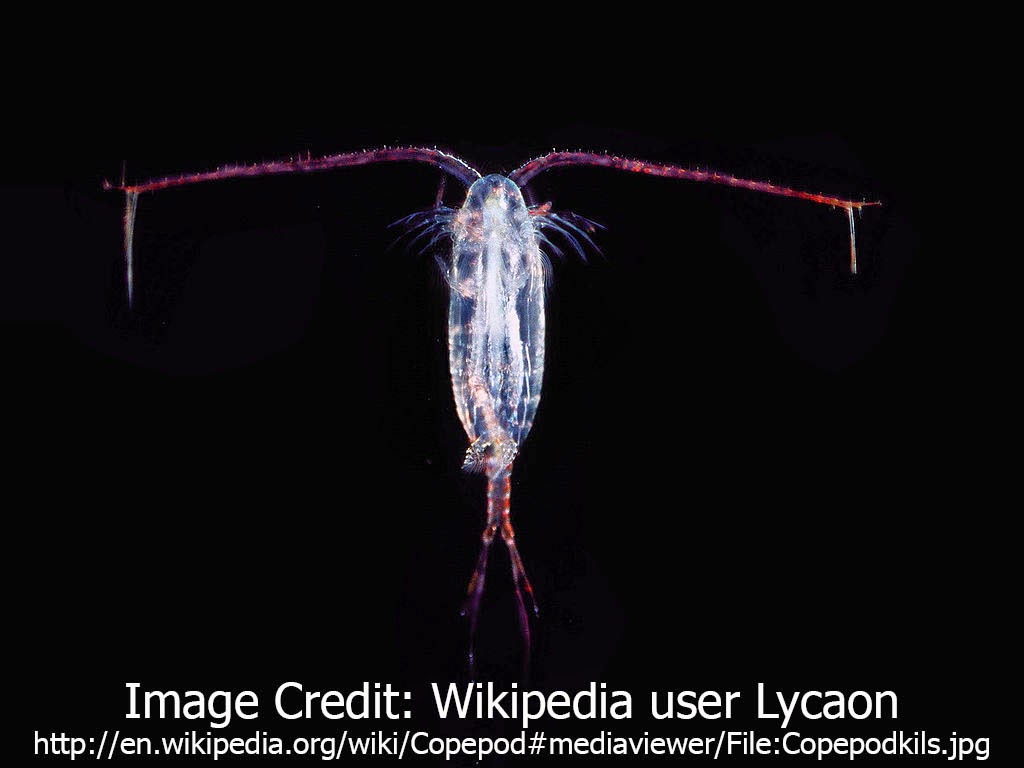 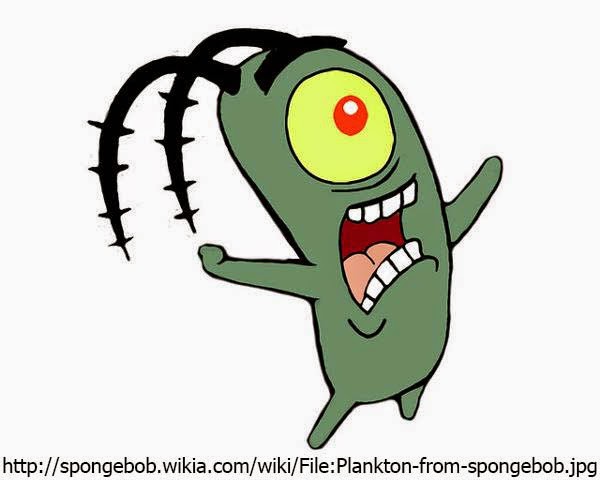 Don't pretend you have never watched Sponge Bob Squarepants. No one will believe you. These microscopic crustaceans are everywhere in fresh or saltwater ecosystems. Their species diversity is quite low with only around 1800 described species. This may seem like a lot but if you compare them with some of the insect orders such as Coleoptera (over 250, 000 species described) or Lepidoptera (over 150, 000 species described), they pale into insignificance.  However despite their unimpressive diversity they are incredibly abundant. These things are very hard to measure, but they are probably the most common animal in the world! They are probably the biggest link between algae and the rest of the food chain and as algae are the number one photosynthesis in the world this makes them pretty important for the food chain. Without these guys whales wouldn't last very long. 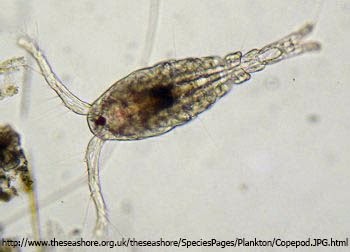 Some species of Calanoida can grow up to 18 mm long, which is more than enough to be visible to the naked eye.  Most however are microscopic.  Calanoida use their 1st pair of antennae to swim and are known to migrate vertically in the water column in a 12 hour migration pattern. Many species only have one eye. I can hear some people saying that being the most common animal in the world means that they don't qualify as bizarre, but I think it is kind of weird that the most common animals in the world as things which most people haven't even heard of. I have also been asked several times to identify plankton from Spongebob Squarepants,  and I'm pretty sure he is a calanoid copepod. Also they do look sort of cool, and on this blog I get to define the meaning of the word bizarre so shut up.

Distribution:
I may have mentioned that Copepods are everywhere.  There is no escaping them. The truth is they have already taken over the world. 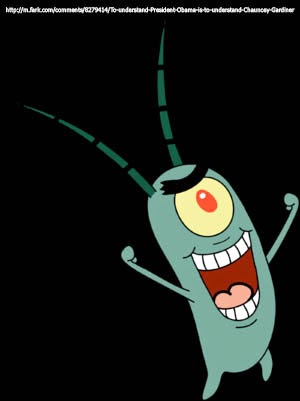