The lost Phylum of Animals

Today I have as many Bizarre creatures on my blog as there are 1st generation Pokemon. If today's creature was a Pokemon, it would have to be Missingno.

Description:
Monoblastozoa is a recognised phylum of Mesozoan animals which is represented by a single described species, Salinella salve. 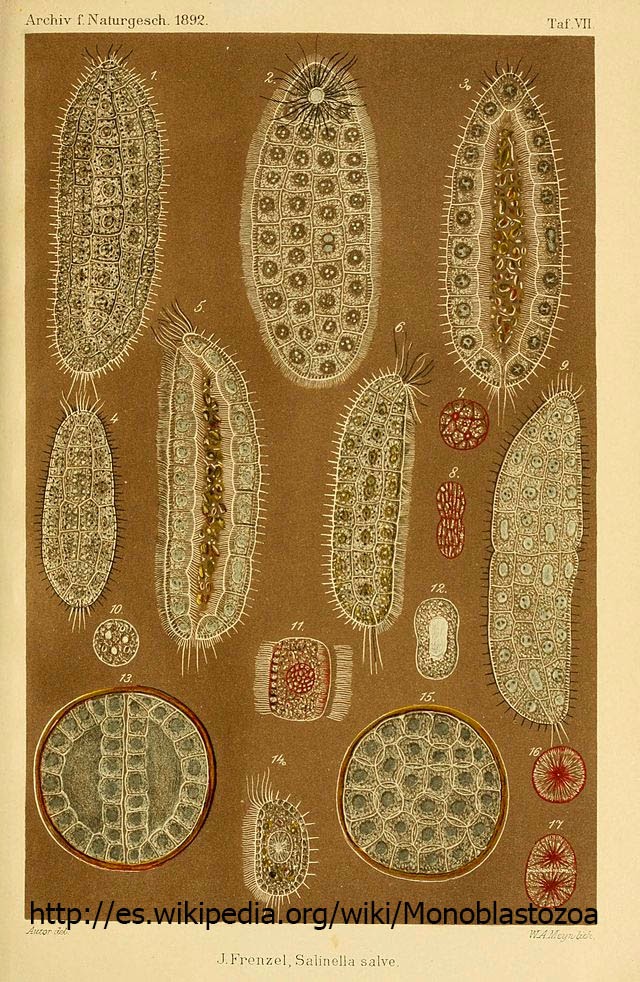 They are a very simple form of animal life with only a single layer of cells encompassing a digestive tract. They possess a mouth and an anus and the cells presumably excrete digestive enzymes into the interior. They posses a large number of cilia,  particularly around their orifices. Not much is known about these unusual animals for reasons I am about to explain. Some people consider them to be an important intermediate between single cellular and multicellular organisms.

They have only ever been collected by Johannes Frenzel in 1892, who claimed to have successfully cultivated them in laboratory conditions. Since Freznel, they have never been documented by science and we only have his original drawings and description to rely on. This combined with the fact that it is so unique has led many biologists to speculate that they may not even be real.

Distribution:
The specimens were found in the Argentinian salt plains.

Classification:
The position of the mesozoa is very uncertain, but very important when piecing together the early evolution of Animal life. At the moment they are considered the basal group of Animals, but they could also be basal bilateria or a simplified sistergroup to the platyhelminthes. The monophyly of the group is still speculative. Most biologists would commit genocide for some Monoblastozoa DNA.
Kingdom: Animalia
Phylum: Monoblastozoa