One ugly bat
Description:
Hipposideros griffini have been given the common name Griffin's leaf nosed bat, but I think this name is a little flattering. 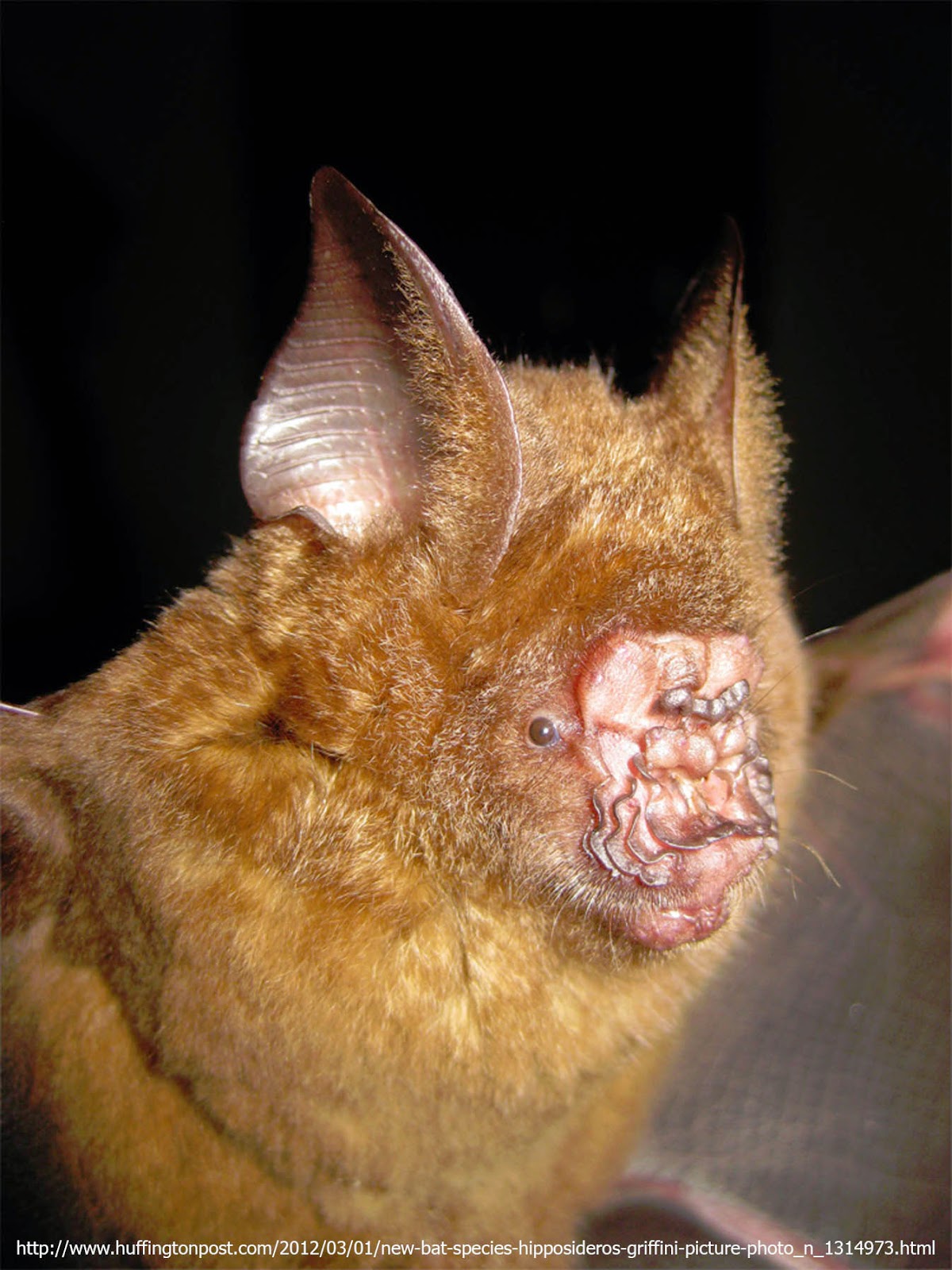 When I look at it, I don't think 'Wow that bat's nose looks like a leaf'. Apparently the structure which makes it look so ugly helps it pick up sounds for echolocation a lot better, but it does make them very ugly. Luckily their eyesight is poor, so they don't throw up every time they see each other's faces.
The funny thing is that this bat can apparently be confused with other, equally hideous species in the genus Hipposideros. 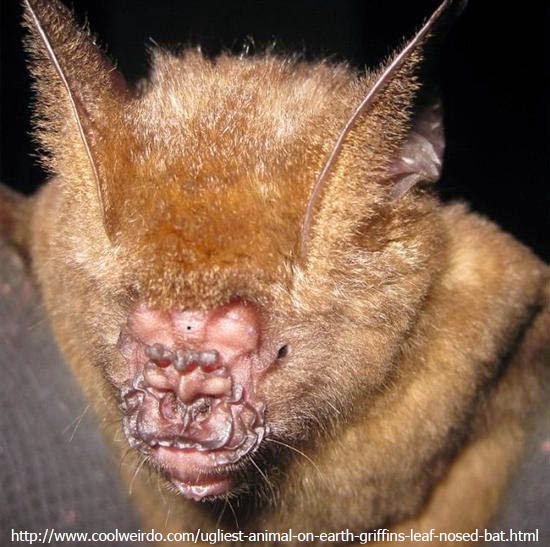