Description:
Therizinosauridae is a family of Therapod dinosaurs, meaning they were in the same group as the T-Rex or Velociraptor, a group which is mostly carnivorous. 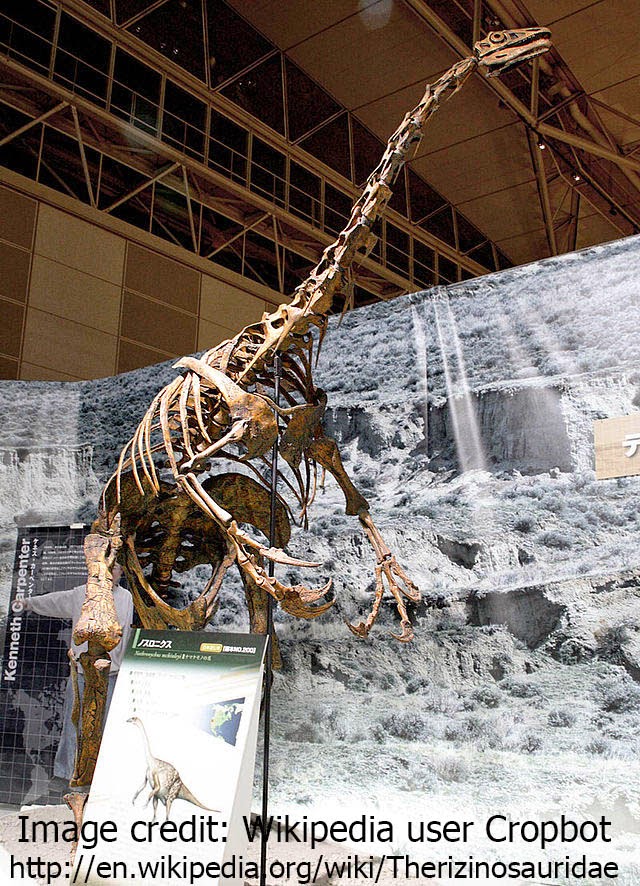 These mean looking dinosaurs had scythe like claws that could get up to one meter in length. They could grow up to 10 m in length and some species had forearms which reached nearly 4 meters long. You might assume that these claws were used to tear flesh off their victims boat or to eviscerate them in order to kill them, but their denotation seems to indicate that they were primarily vegetarian. Like many other Therapods, there is evidence that at least some species of Therizinosauridae had feathers. 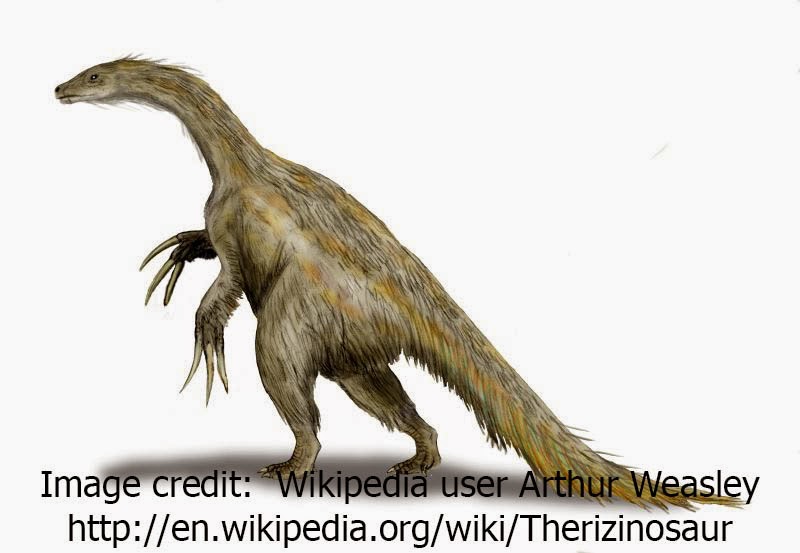 Distribution:
Therizinosauridae are found in mid to late Cretaceous deposits in East Asia and the U.S.