Mimicking a mimic
Description:
Hymenopus coronatus is commonly known as an orchid mantis. You have seen orchids that mimics
insects, now take a look at this predator which takes advantage of these relationships. 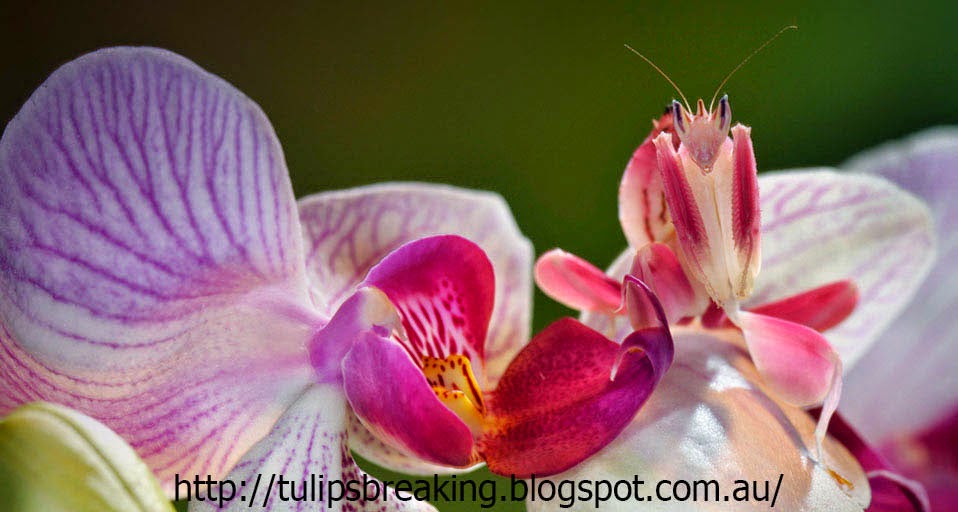 The strategy is ingenious. Orchids have spent millions of years evolving to be incredibly good at attracting their insect pollinators. I have posted about a couple of orchids, you can see them here. In the process they have inadvertently become the perfect place for an ambush predator. The Orchid mantis has modified its body so that it camouflages into Orchid flowers. They can wait for the flower to attract the pollinators and gobble them up. All the while their camouflage protects them from predators. They are capable of changing the markings on their body depending on the flower they are camouflaging against. 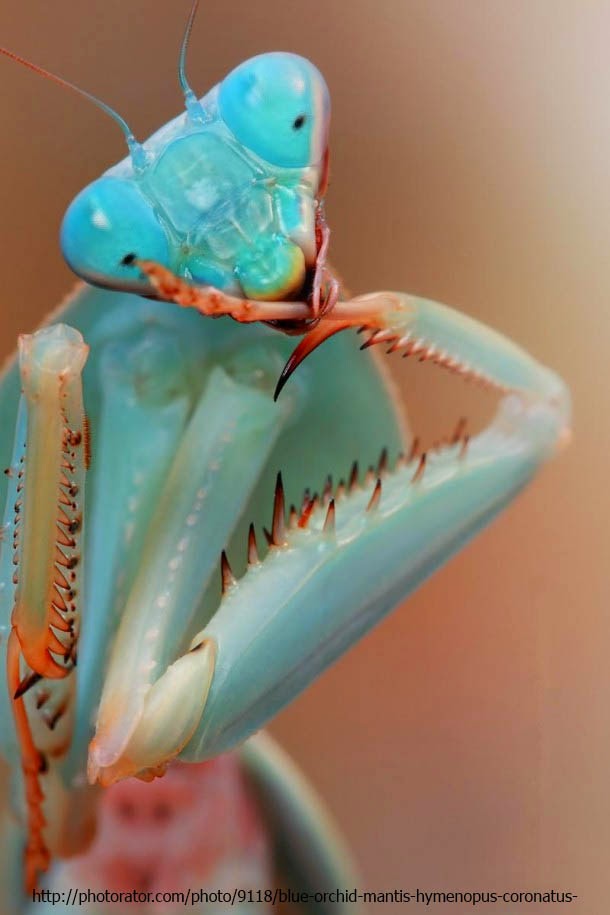 Male orchid mantises can be less than half the size of Females, and considering that female mantises tend to eat the males after mating this is very bad news for the males. The juveniles resemble juvenile assassin bugs, which are not palatable to most predators and can use their tubular rostrum to inflict pain on their predators (Or entomologists who try to catch them). If you want to know more about assassin bugs you can read about a couple of species here and here. There are more coming. 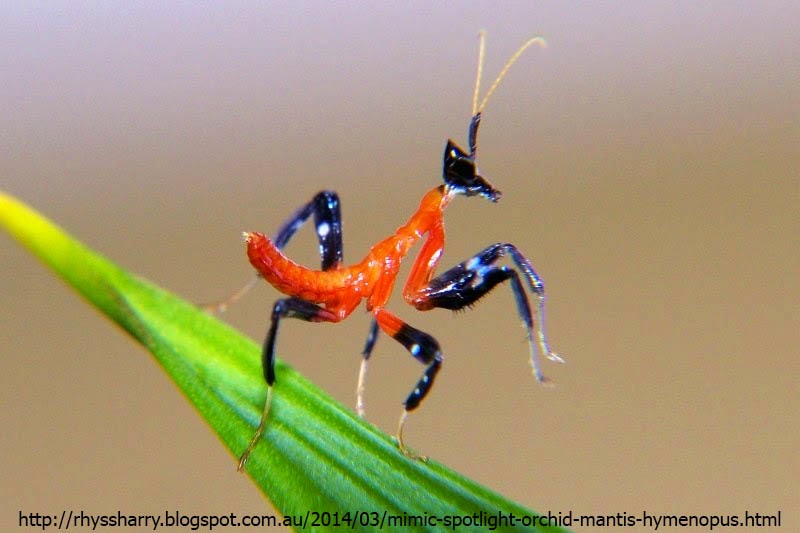 Distribution:
Orchid mantises are endemic to the Oriental bioregion.

Classification:
I use the modern classification of Dictyoptera for the old orders Mantodea, Isoptera and Blattodea as recent analyses have shown that Isoptera are nested within Blattodea, and while Mantodea and the Blattodea-Isoptera complex are considered to be monophyletic the strength of these relationships are not particularly strong, although they certainly all form a monophyletic group together. 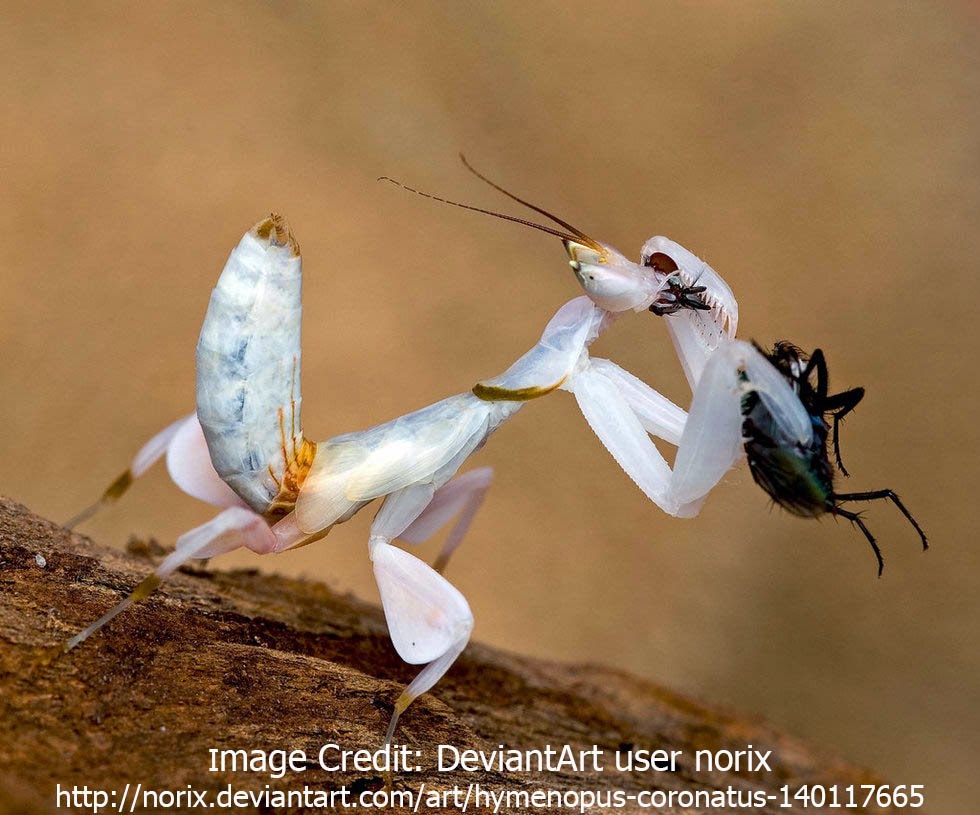 If this is all gibberish to you and you have a few minutes you can read this page. Or you could just look at the pretty pictures of the Orchid mantis and not think about the possibility that they are closely related to cockroaches and termites.