A bug which makes a costume out of the corpses of its prey.

Well it's halloween and while that is not really a thing here in Australia I thought I should choose an appropriate creature for my slowly growing American audience. I thought of some sort of bat (of which I have many) or something which looks evil like last week's leaf tailed gecko but I decided that  Acanthaspis petax would be perfect. It is a bug which makes a costume out of the dead bodies of its prey.

Reduviidae (Assassin bugs) are one of my favorite families. They have a curved rostrum and raptorial spiny forelegs which make they use to deadly effect when catching prey. 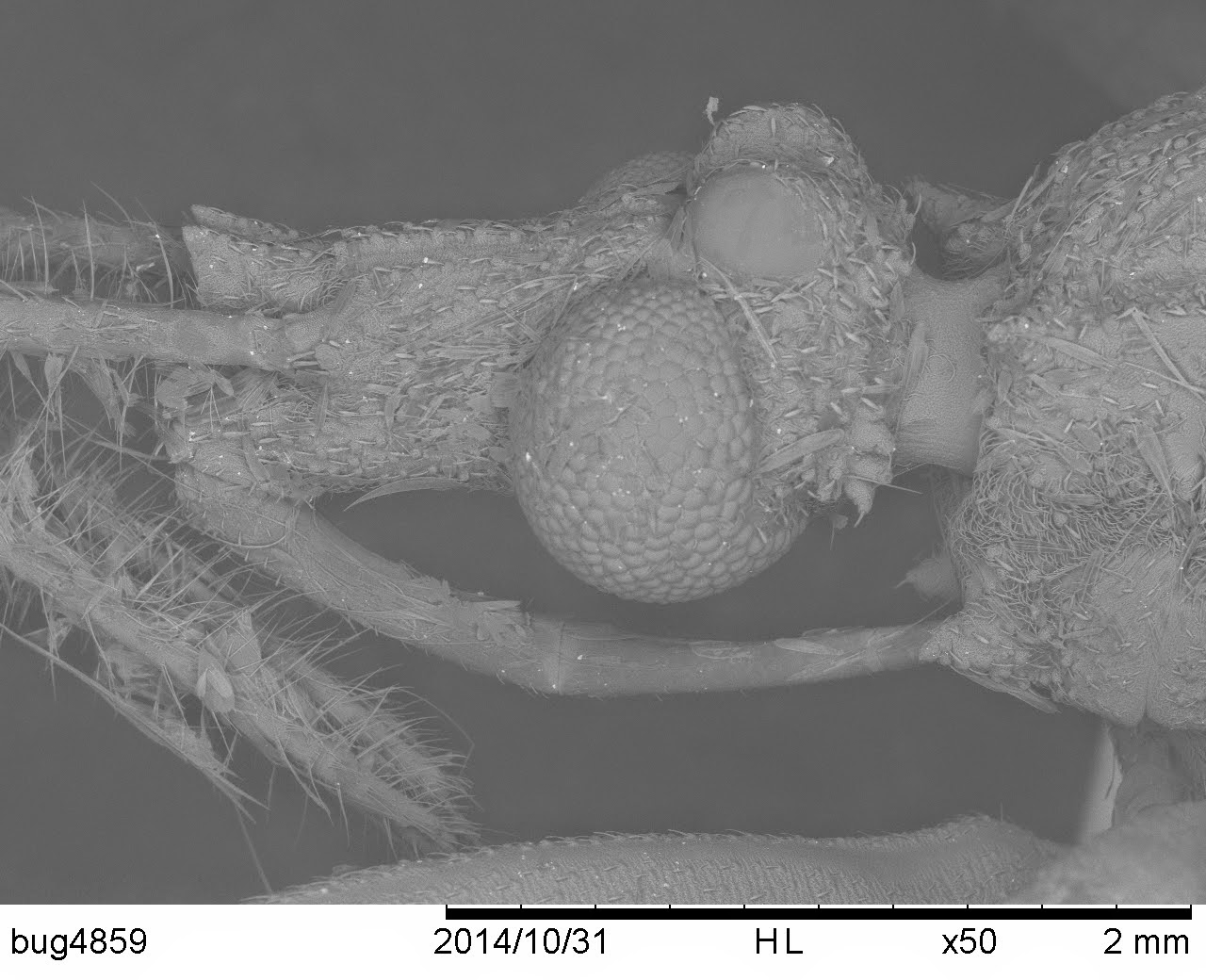 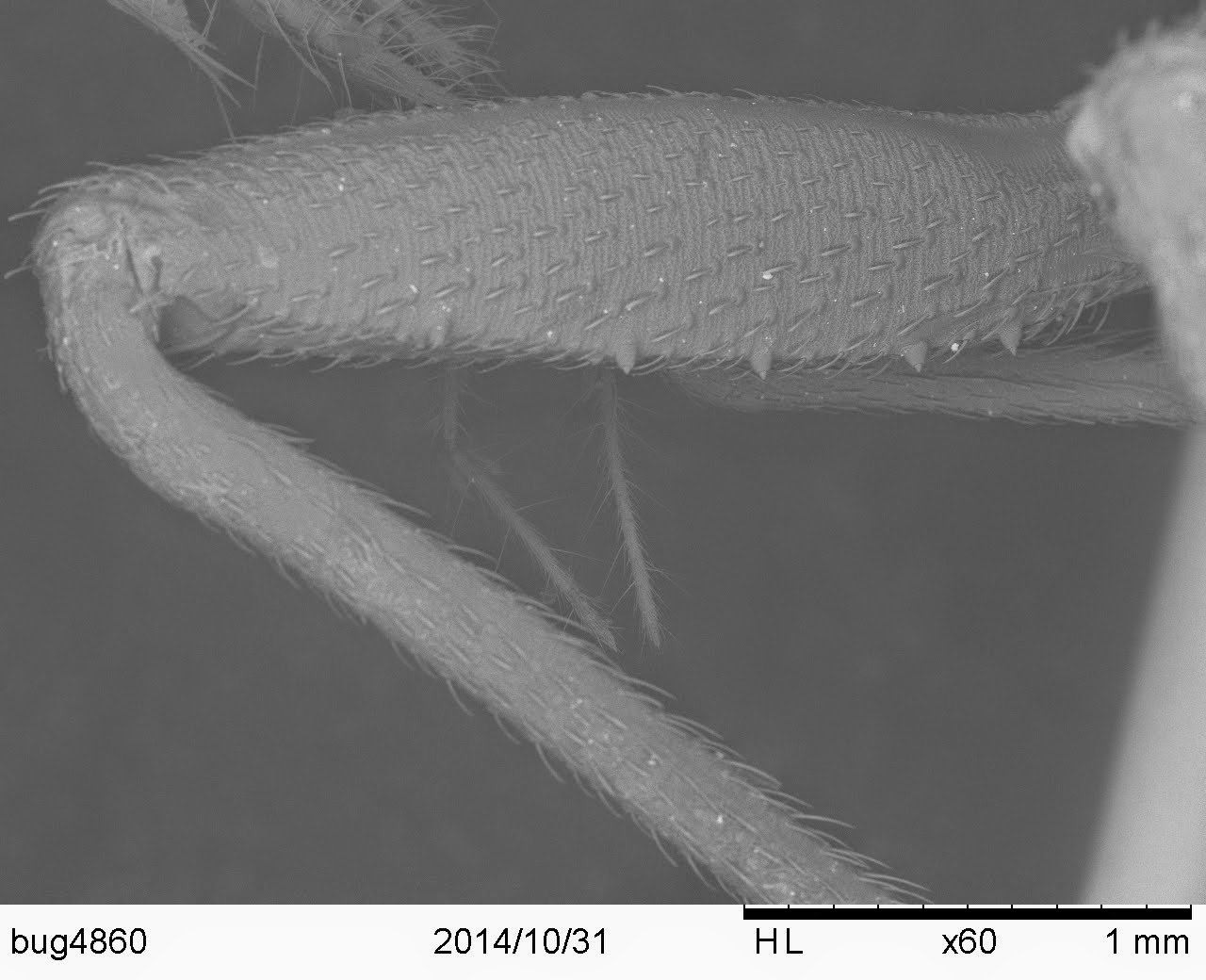 (these SEMS are my own work, they are of a Reduviid in the genus Oncocephalus. If you want to use them for any purpose in any form you can, without condition. If you do use them I would appreciate a link to this blog if possible.)

Many members of this family are highly specialized in the prey which they catch and have developed some really cool tricks for killing prey, which has earned the family the common name assassin bug.

Description: Like most assassin bugs, Acanthaspis petax is a voracious predator of arthropods. It is an ant hunting specialist and has a horrifying trick. When it kills an ant and sucks out its fluids, as assasin bugs do, it uses the dried out remains to disguise itself. It excretes a glue like substance and sticks the ant husk to itself. It can stick up to 20 ants onto itself at a time. 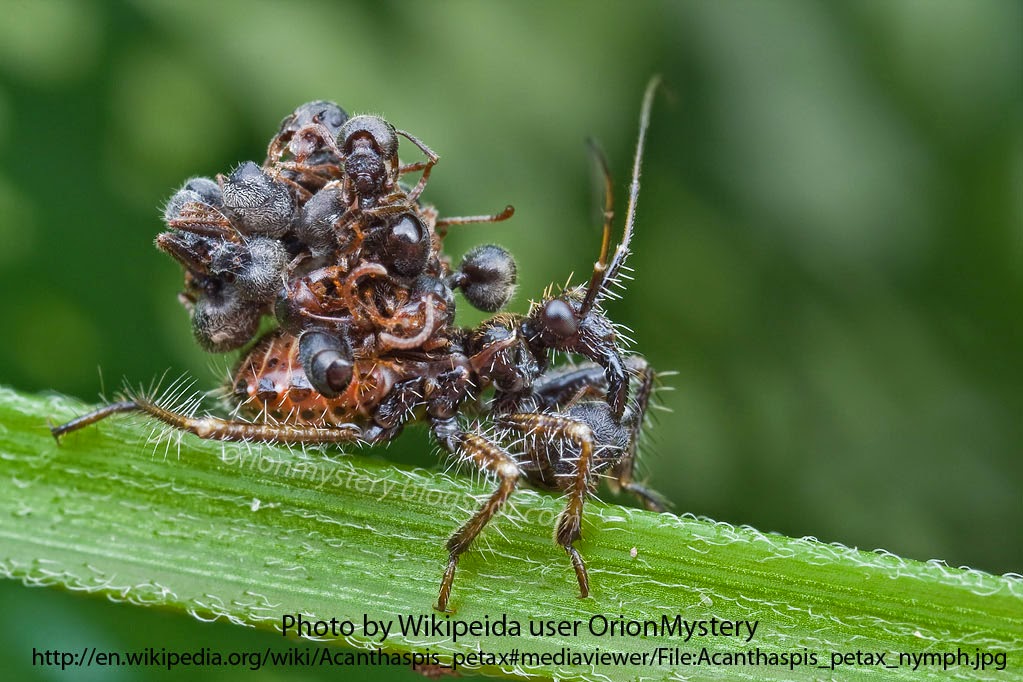 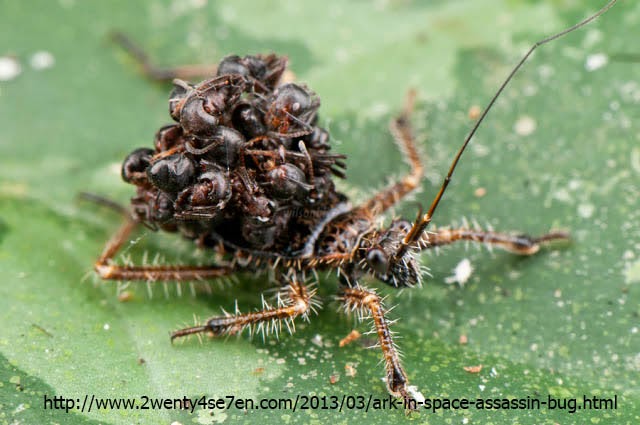 This may seem like a fairly useless disguise,  but the purpose seems to be to give the bug the appearance of being an ant swarm. Predators are reluctant to attack ants because they are fairly unpalatable and they tend to defend themselves in swarms. This has been shown to work in experiments with jumping spiders.  There has also been speculation that the dead ants act as a visual and/or olfactory camouflage which assists them in capturing ants.

Acanthaspis petax like to hide in abandoned termite mounds or muddy cracks in the ground.

Distribution:
Most websites, including wikipedia, claim that Acanthaspis petax is from Malaysia, which I was a little confused about because I had always thought it was African. Upon trying to find out weather this meant the Malaysian peninsula or Borneo I could not find any records of Asian specimens in the literature. According to the literature I have read, they all seem to come from Africa, most commonly Uganda, but some records from West Central Africa exist. I'm not sure where this discrepancy comes from.