A tree which can kill you

We Australians like to brag about how many poisonous things there are on our continent, between the many deadly snakes, box jellyfish, blue ring octopus, stonefish, Conus geographus and various spiders we manage to spin many a tall tale about creatures lurking in the backyard or on the beach which are out to get you. That's part of the fun of being Australian. One creature which rarely gets a mention, but in my opinion is worthy of its own tall tales is Dendrocnide moroides. 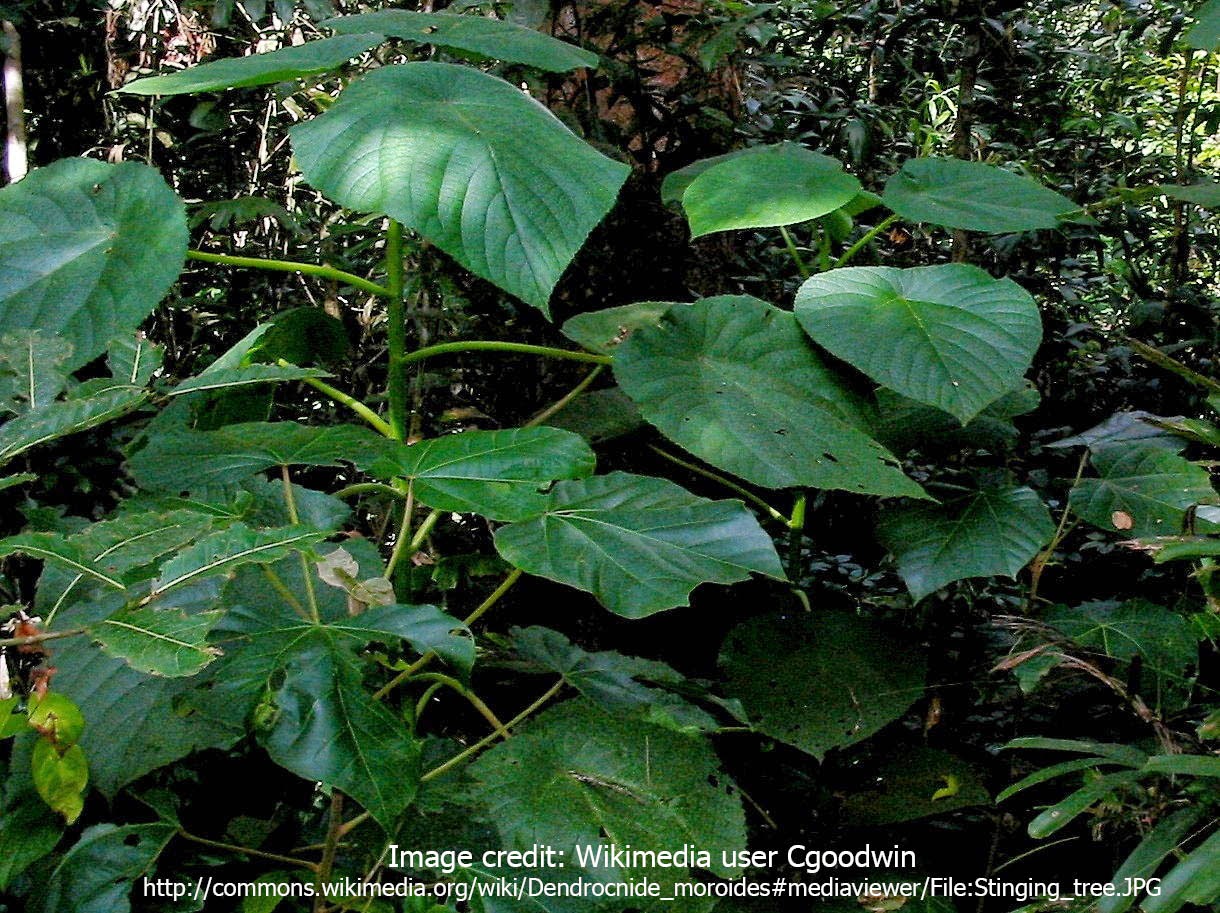 This innocent enough looking plant goes by many names, including some which I have never heard according to the wikipedia article. I have always called it a stinging tree, although that name could apply to any member of the genus Dendrocnide. The leaves and fruit of trees in this genus are densely covered in very fine needles with small amounts of a very strong, deadly neurotoxin.

Upon contact with said needles they will implant themselves in you skin and break off the leaf injecting their poison. These needles are very difficult to remove as they are so fine and many bushwalkers in areas where Dendrocnide moroides is common will carry wax strips to apply to the skin and rip them out. The toxin itself is really more painful than deadly, although it is quite capable of killing a human in high enough concentrations. Depending on the degree of envenomation, victims of the stinging tree will feel anything between a mild stinging sensation and a searing excrutiating pain, which unconfirmed and questionable anecdotes have suggested is bad enough to drive some people to suicide. The pain can last anything between a few minute and months. There has only been one officiallr recorded death from a stinging tree, however there are several questionable anecdotes of deaths of humans, dogs and even horses. Surprisingly enough, you can eat the fruit if the needles are removed, but I wouldn't try that at home kids. 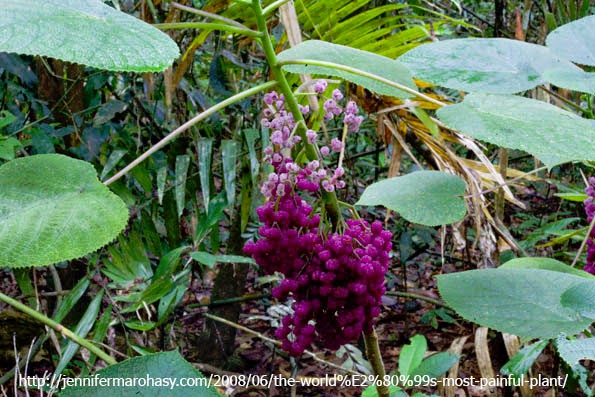 Distribution:
Dendrocnide moroides is found along the east coast of Australia from the far north to northern New South Wales in disturbed habitat. It is most common in its tropical range.