A beetle which hunts its predators

Description:
Epomis is a genus of Carabid beetles. Like most Carabid beetles they are predatory, but what makes Epomis special is type of prey it hunts. Take a look at the picture below. 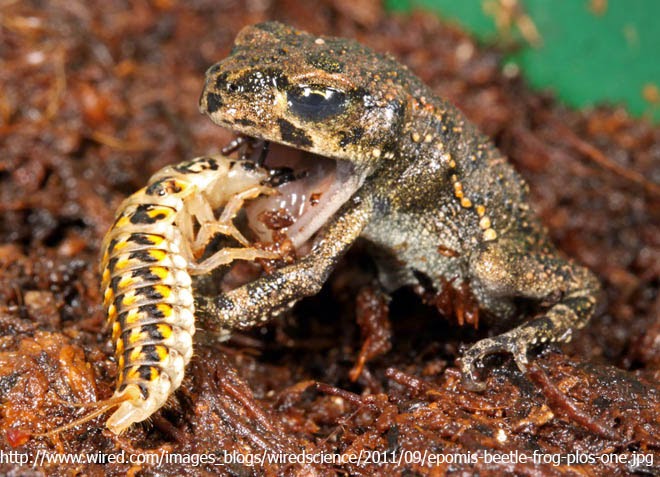 At first glance this may look like this juvenile Epomis sp. is about to get munched by one of its natural predators, an insectivorous frog. If you look closer you might realize that this is not what is happening. The juveniles deliberately lure in much larger insectivores, pretending to be a tasty helpless grub with its movements and its appearance. This grub is anything but helpless. As soon as the frog strikes the larva will bite it's predator and inject a powerful paralytic venom. The helpless frog will then be eaten alive but helpless to prevent it.  This is a classic case of the hunter becoming the hunted. Watch it happen here:

Of course they are capable of taking down prey that is much bigger than themselves: 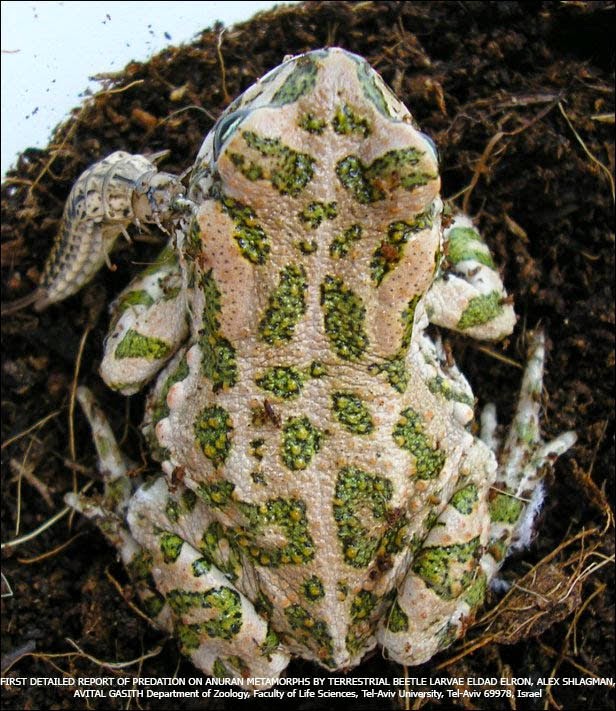 They adults often have a fairly cool shiny metallic coloration to them, depending on the species obviously: 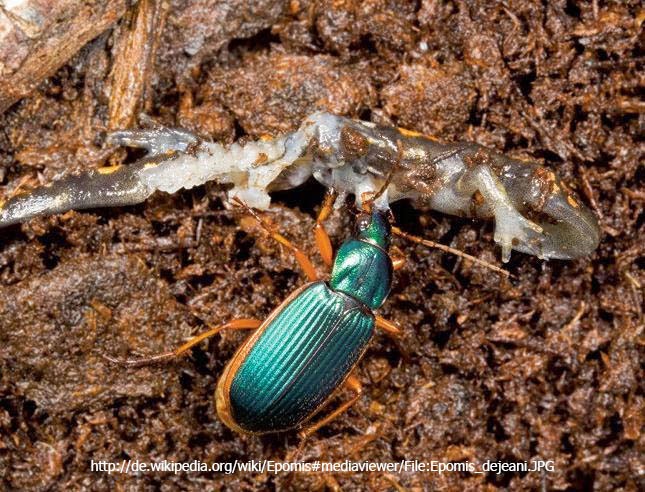 The adults are usually a little more proactive in finding their prey and can strip down a carcass fairly quickly:

Distribution:
Epomis has an old world distribution, with Africa containing most of the species diversity, and only a few species in East Asia and five in Europe.

Classification:
The Carabid beetles are a large family of beetles with over 40,000 species known. There is some debate as to wheather the family is a natural group, (i.e monophyletic). They are from a basal lineage of beetles and are mostly predators or detritivores. This is a little unusual as most highly specious families of beetles belong to the phytophaga clade, and are predominately herbivores.