Today's creature of the day if a little bit closer to home for me, the avian genus Menura, commonly known as Lyre birds. Most Australians have heard of them, even though they probably haven't seen them as they are very shy birds. There are actually two species: M. novaehollandiae and M. alberti. They are named for the tail of the male, which resembles the ancient instrument called a lyre as you can see below. 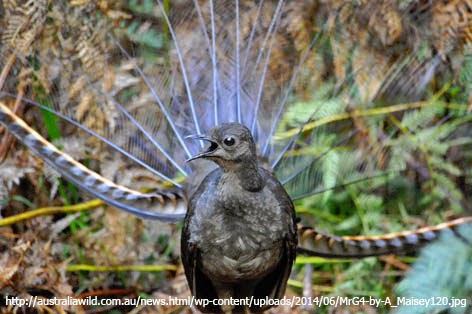 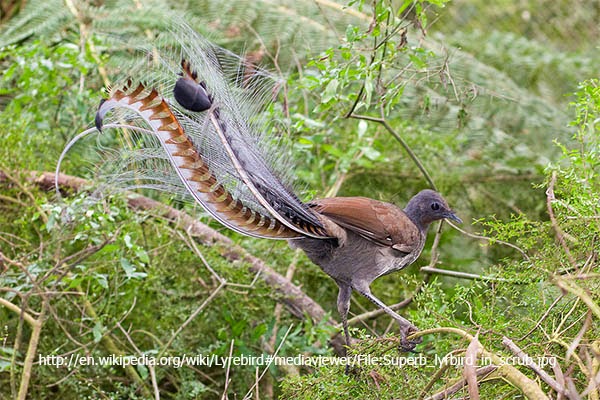 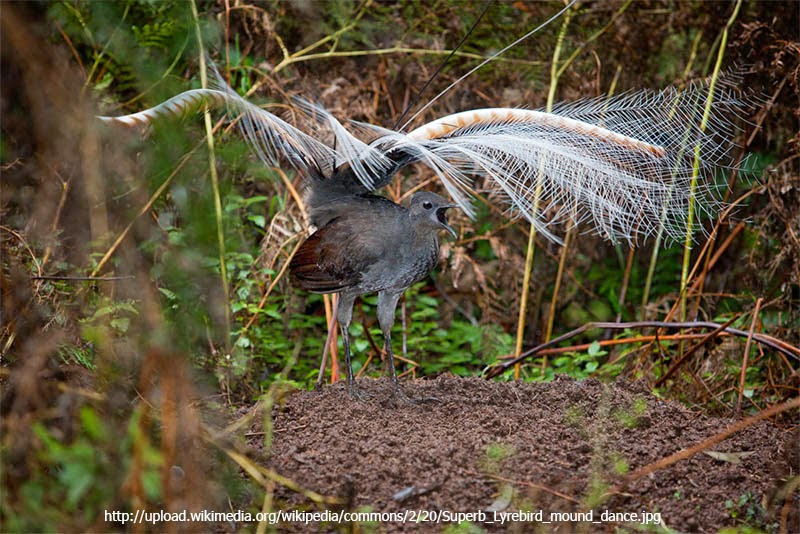 There is a not so common fallacy in Australia that lyre is an archaic spelling of the word liar and that they are named after their remarkable ability to mimic other bird calls. It is this ability which has earned them a place as a bizarre creature.

Male Lyrebirds use a variety of calls while dancing on their mating mounds to attract females.
A wide variety of complex calls improve male lyre bird's chance of attracting females.They learn these calls from things they hear throughout their lifetime.

Distribution:
Lyrbirds are found on the South East coast of Australia as far north as the Sunshine coast, including Tasmania. M. novahollandiae is the more common lyre bird, often known as the Superb lyre bird with its distribution encompassing the entire range while M. alberti the rarer species is only found in the northern end of the range.

Update: The first video there is obviously a little sarcasm, while a lyre bird's call is an impressive mimic, it cannot mimic a human voice. The camera is real and the bird calls are real. They can mimic chainsaws and sirens, and may be able to mimic snatches of certain songs, but even by the way it is edited, you can tell it is a fake when it is doing the Seinfeld song.
Posted by Weird Mike