Description:
Uroplatus phantasticus is commonly called the satanic leaf tailed gecko. I guess the name of this one speaks for itself, it looks like spawn of some undying wyrm which has emerged from the darkness of the eternal pit of fire. 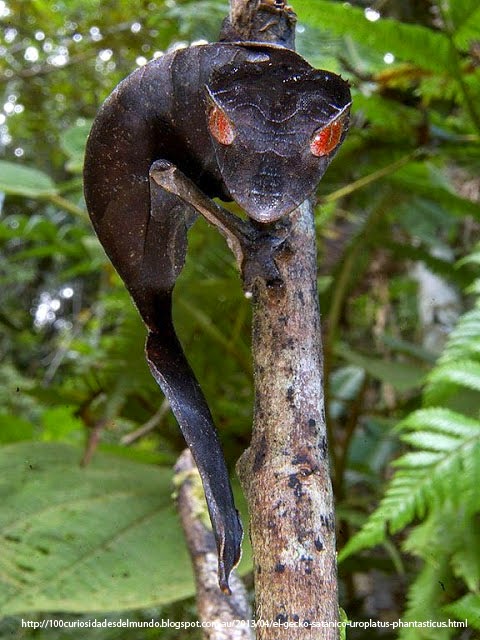 Their unusual body is a form of camouflage which is aimed at mimicking decaying leaves. Their camouflage is useful for both ambushing prey and escaping the notice of predators. 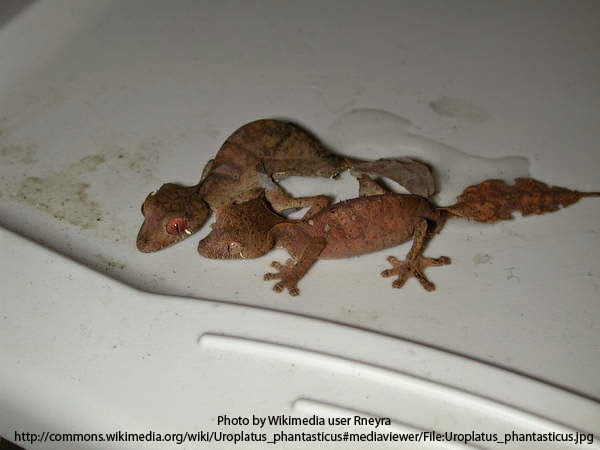 Eye colour is variable in the satanic leaf tailed gecko but sometimes their eyes are entirely red, contributing to their demonesque appearence. This is probably a result of an adaptaion to hunting prey in the dark as their nocturnal lifestyle demands. I’m also pretty sure their red eyes glow when the lizard is using his unholy power to set distant objects ablaze by summoning hellfire into this mortal relm, but I have been unable to get this confirmed by herpetologists. 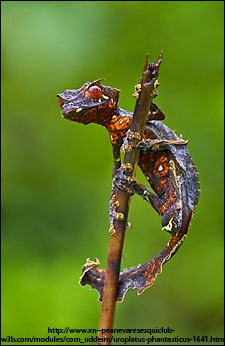 Distribution:
The Satanic leaf tailed Gecko comes from the eighth circle of hell known as Melebolge. It can be found in the seventh of the ten pits, usually tormenting the thieves who are consigned there for all eternity.

It has also been reported in the Rainforests of Eastern Madagascar