The ugliest animal in the world

Description:
What is the ugliest animal in the world? There is some pretty tough competition out there but according to competition run by the ugly animal preservation society the reigning champion is Psychrolutes marcidus commonly known as the blobfish. The competition was aimed at drawing attention to some of the less charismatic animals.  I find as all the animals which did well were vertebrates anyway. Having said that, it is a very ugly fish. 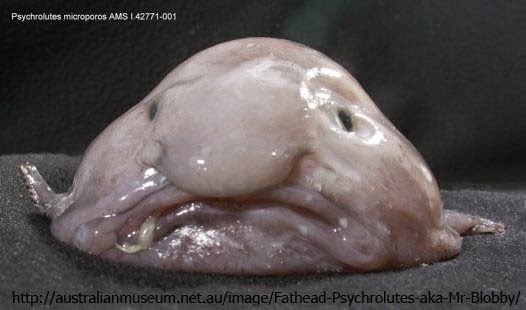 The blobfish is a deep sea fish. It's body has a density just lower than that of the surrounding water allowing it to float almost effortlessly above the benthic floor. This low body density accounts for its shriveled appearance when it is taken out of the water as the air is not dense enough to support its body. In its natural state it probably looks something like this: 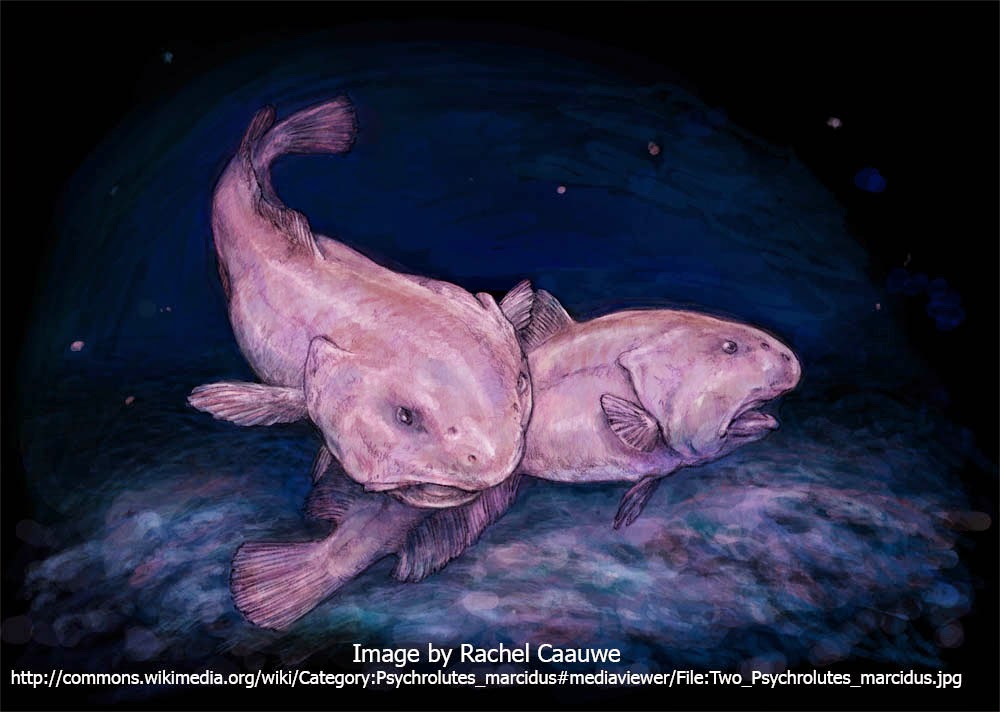 Of course this fact has caused some people to argue that the competition was not fair as the blobfish is not nearly so ugly in its natural state. I think these people are mostly New Zealanders who are disappointed that the kakapo did not win. Whenever an Australian win anything, even an ugly contest, the New Zealanders get jealous and either pretend that it is actually from New Zealand or that the Australians cheated.

Distribution:
The blobfish is found of the south and east coasts of Australia in the mesopelagic and bathypelagic zones. There are claims that some specimens have been found off New Zealand, but see discussion above for conspiracy theory.