Description:
Chondrocladia lyra, commonly called the harp sponge, is a recently described (2012) sponge which resembles a harp. It lives in the deep ocean below the level to which light can penetrate. They grow several long filamentous branches out of several veins which radiate from the middle. These branches serve as both their reproductive structures and as a rather insidious trap. 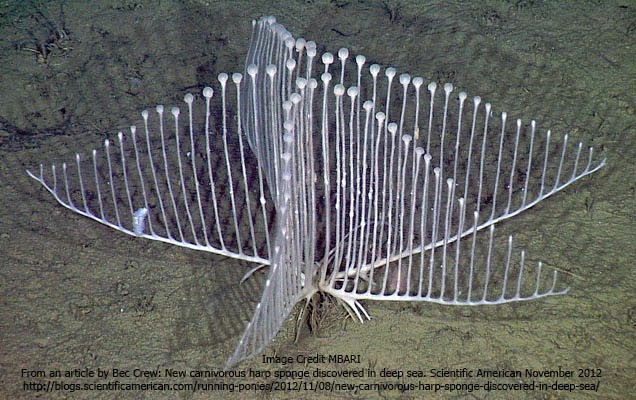 Most sponges feed of whatever marine gunk floats into their tiny pours, often aided by minute currents created by tiny cilia on the inside of the sponge. The harp sponge is a bit more dramatic when feeding. Hundreds of minute hooks and barbs trap whatever unfortunate small animals bump into it. 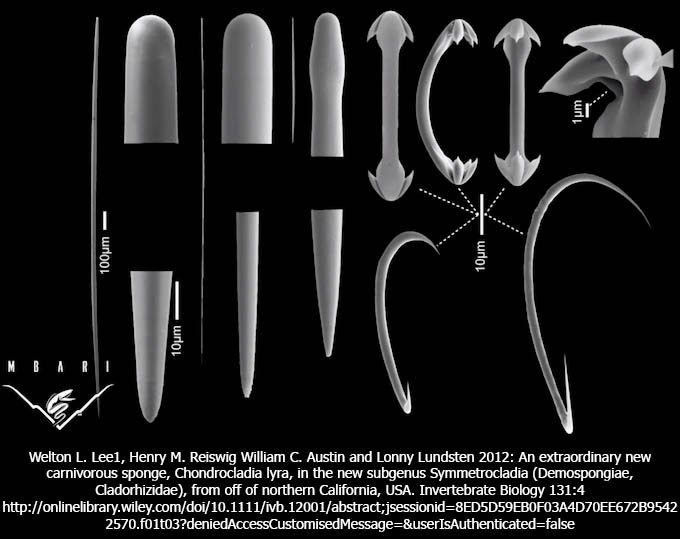 Once they are stuck the sponge excretes a membrane and engulfs its prey slowly digesting it alive.

Distribution:
Harp sponges were recently (2012) discovered off the coast of California on the ocean floor higher up in the lower Bathyal zone.