A mole which sees with its nose

Description:
Condylura cristata is commonly called the star nosed mole, for reasons which are blatantly obvious once you have seen it: 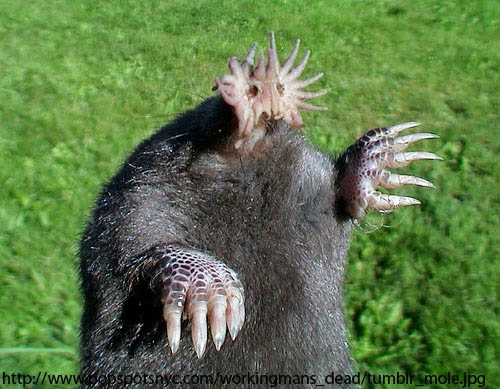 The unusually shaped nose looks bizarre, but given the lifestyle of moles in general this sort of structure can hardly be surprising. It is highly sensitive to touch and is presumably used for feeling around for the tiny invertebrate prey it hunts. Unlike most moles, the star nosed mole is completely blind but its sense of feel is so acute that it can catch and eat prey faster than the human eye can keep up. 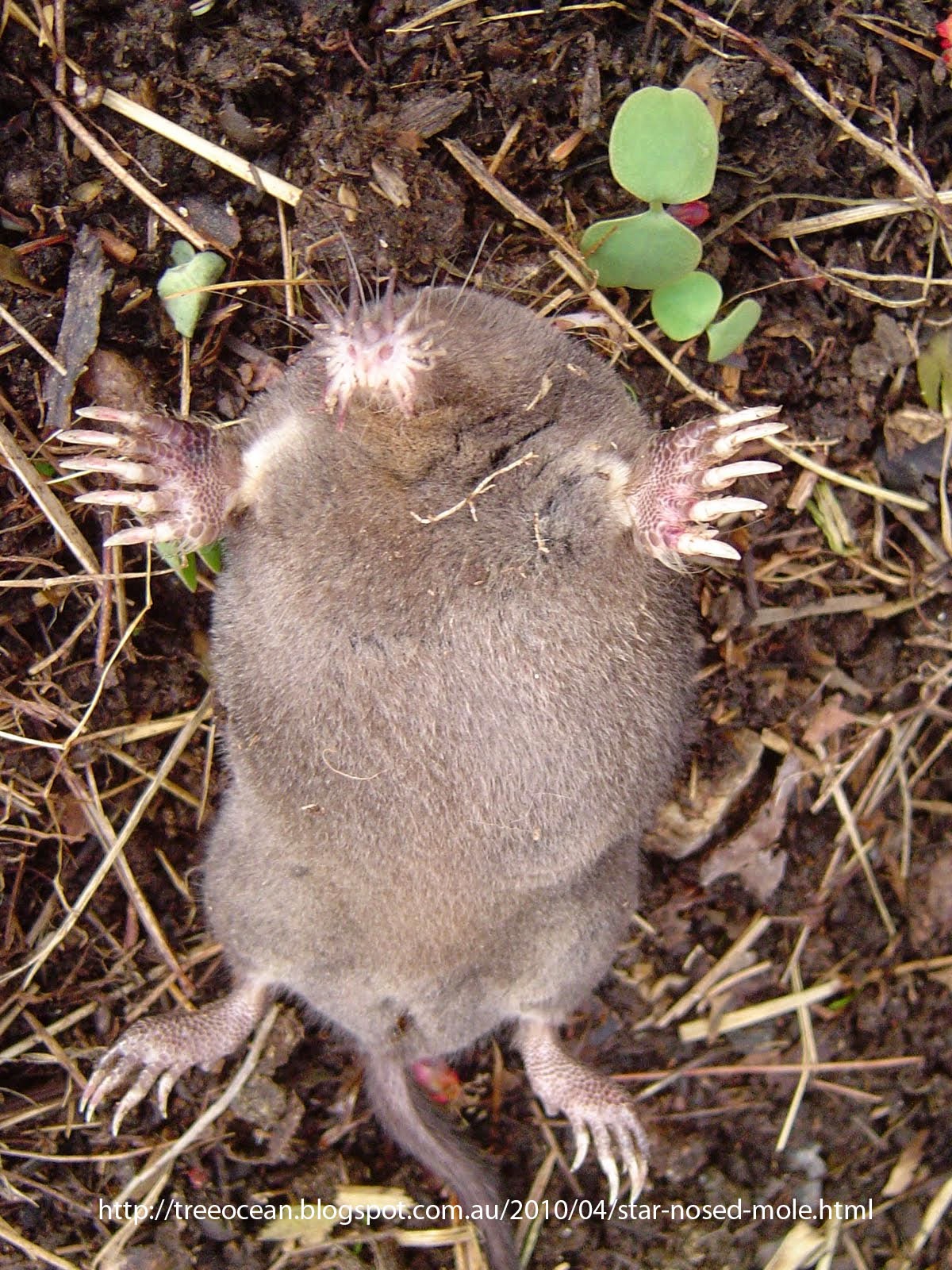 Distribution:
The star nosed mole is confined to coastal and lakeside areas of the east of North America, from the Florida Penninsula to Quebec and around the great lakes.