A bird which doesn't look real 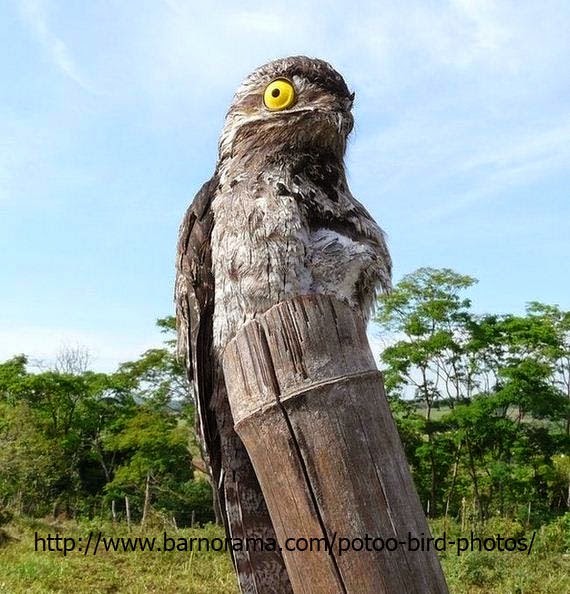 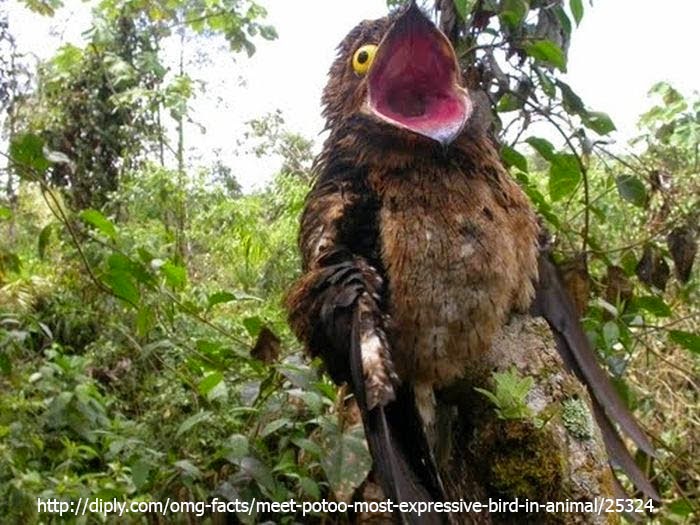 Their large eyes are an adaptation to nocturnal hunting and their overall appearance is a camouflage adaptation. During the day they rest on tree stumps and the camouflage is surprisingly good. I am reluctant to call this behavior perching, as they are not in the perching bird group (Passeriniformes), but the behavior is at least analogous. 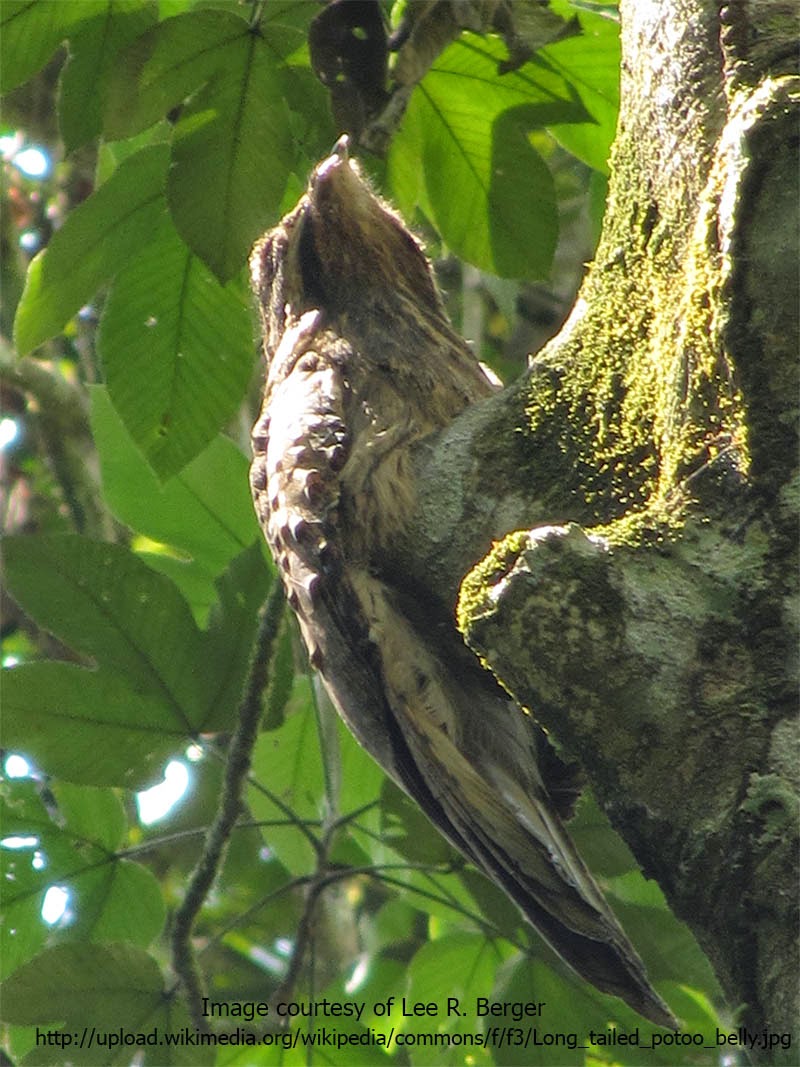 Potoos are monogamous both parents share child rearing responsibilities, however they do not build nests
Barnorama has some a very good collection of pictures of Potoos.

They also have an unusual call, which I think sound like some sort of swamp monster:

Distribution:
Nyctibius is endemic to central America and the tropical zone of South America.

Classification:
Note here as with other birds I am using Sauropsida as the Class as it is a more rational category than the Aves-Reptilia split.
Kingdom: Animalia
Phylum: Chordata
Class: Sauropsida
Order: Caprimulgiformes
Family: Nyctibiidae
Genus:Nyctibius