A parasite for insects

Description:
Today's animal is whole order of insects, albeit one of the smaller orders.

The strepsiteran order are highly specialised parasites. They specialize in parasitising other insects, which as you can image necessitates a very tiny body. They burrow in to the exoskeleton of their host taking advantage of the weak points where different plates on the exoskeleton overlap. 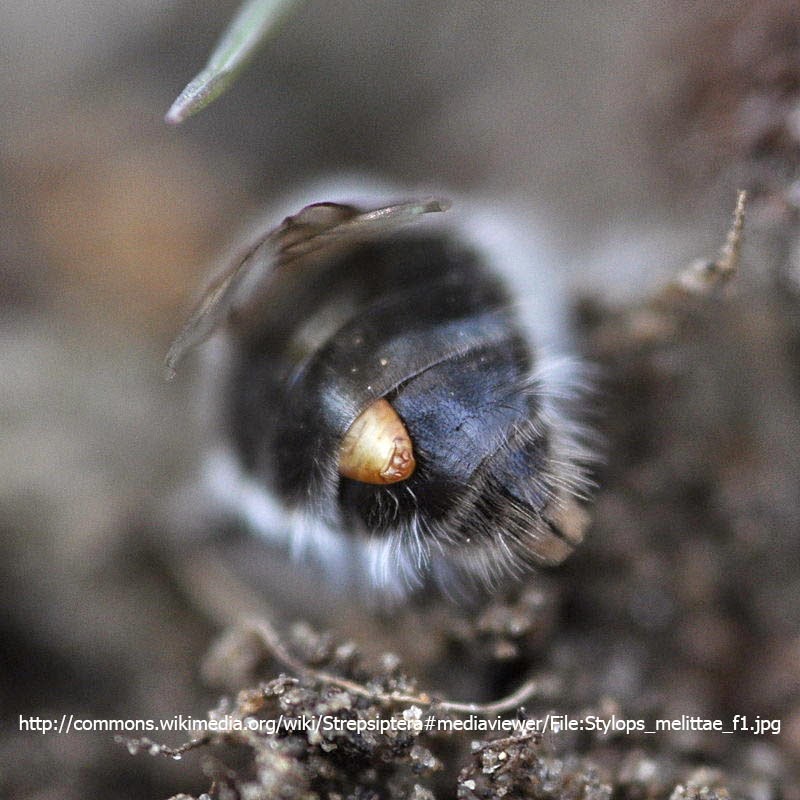 Male and female strepsipterans are radically different. Some females never leave their host body and resemble juveniles lacking wings, limbs and most sensory organs including eyes. 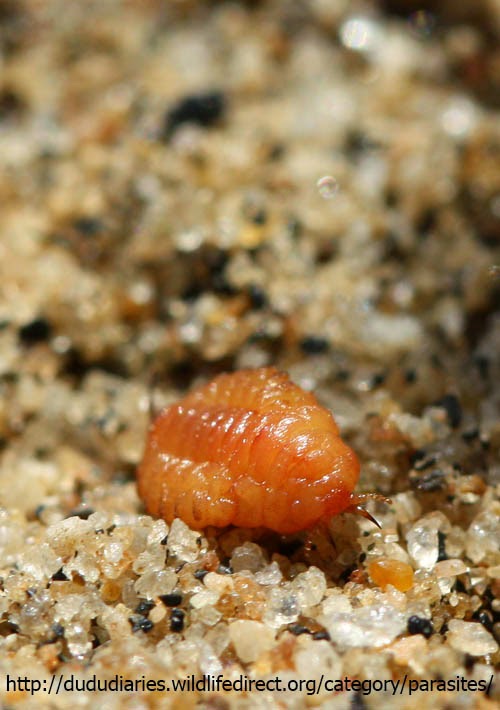 Males grow wings as adults and are free living but short lived as adults. In most species the males don't have functioning mouthparts or their mothparts have taken on some other function as they don't eat, once they become adults they find a mate, breed and die. They seek females using the pheromones that virgin females give off to track them. 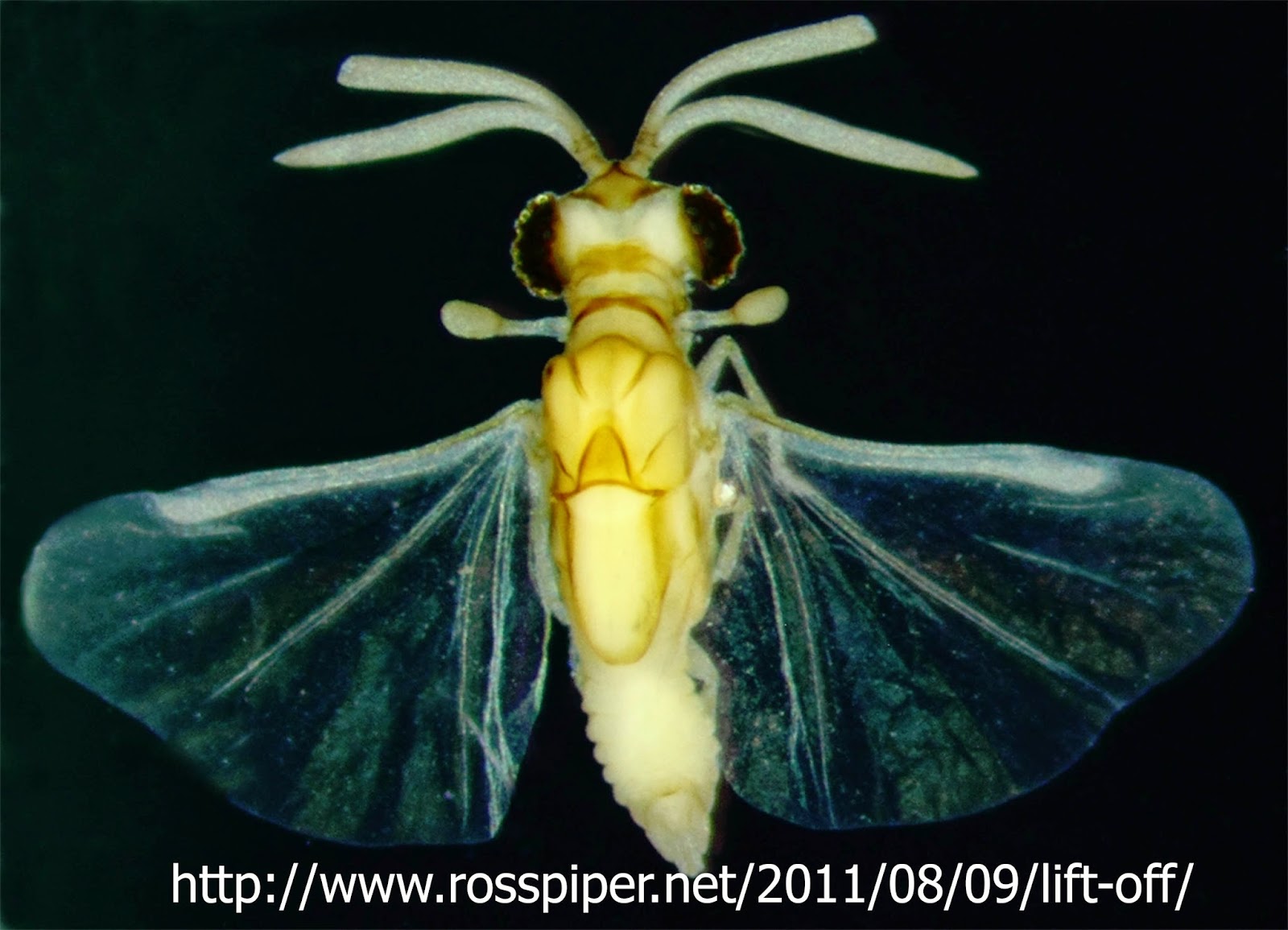 The males mate through an unusual process which has evolved several times in insects called Traumatic insemination, which will be discussed when Cimex lectularius gets its turn for animal of the day.
Adult male strepsipetans have their fore wings reduced to tiny nubs sometimes referred to as halteres. It has been speculated in the past that these are homologous with the hindwing halteres in Diptera (flies and mosquitos). Several authors have speculated that the forewings and the hindwings have switched position in these highly specialized parasites, leading to their scientific name strepsiptera, meaning twisted wings. Detailed study of the organisms and their morphology have revealed that this is not the case and any similarity between the strepsipteran forewings and dipteran hindwings is analogous. Most modern phylogenetic analyses agree that strepsitera are more closely related to Coleoptera (beetles) than to Diptera.

Distributions:
Strepsipterans have a cosmopolitan distribution but are uncommon and hard to find.