The most deadly snail in the world

Description: Most people wouldn't be too intimidated by an animal with the title of the most deadly snail in the world, but that because they don't know about Conus geographus. 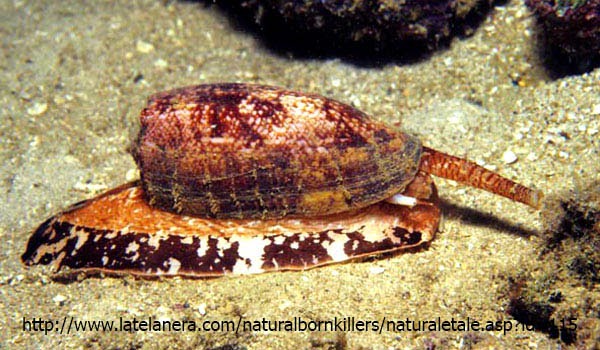 The Conus genus is a large one, with hundreds of species, all of them containing some form on conotoxin, but it is particularly potent in C. geographus. 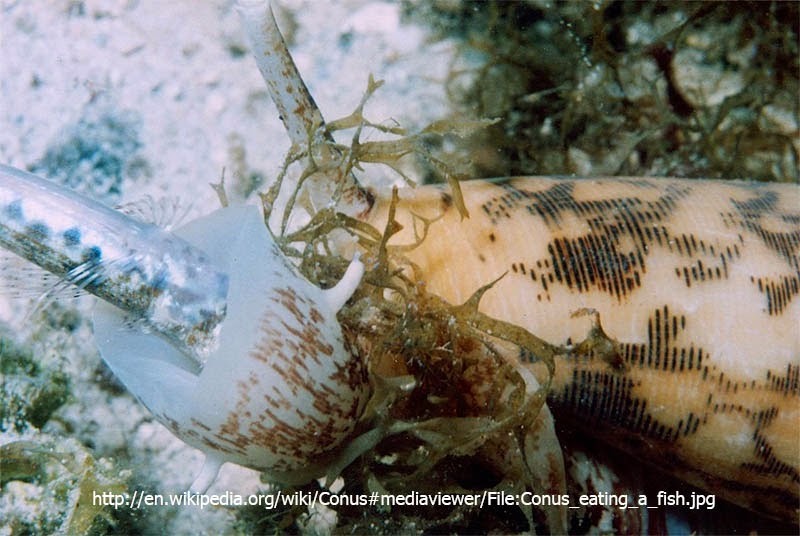 The toxins are usually used for killing prey as the genus are predators, with many species including C. geographus displaying a preference for fish. They can swallow a fish three time their size with their extendable, stretchable siphon.

They have evolved an harpoon-like delivery system for their deadly toxin. They have been known to bury themselves while hunting their harpoon delivering proboscis sticking out feeling around for prey. 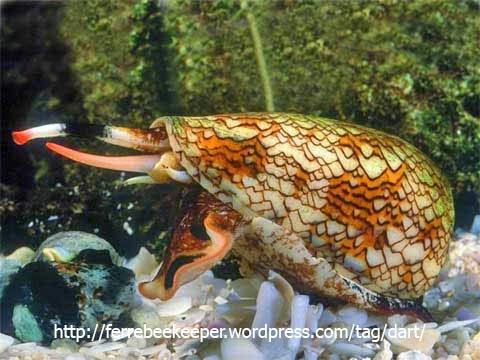 What is disturbing is that many species will use this system for self defense when some naive diver sees a pretty orange shell that would make a great souvenir. Without treatment you have a 70% chance of dying one you have been envenomated by one of these snails. It can theoretically inject enough venom in one sting to kill you 700 times over. The sting actually contains a wide variety of toxins and the exact mechanisms by which it kills is still partially unknown.While deaths from C. geographus could not be said to be common, with the number of reported fatalities worldwide reaching into the dozens, and given its distribution there is a fair chance that there have been even more unreported fatalities.

Distribution: Conus geographus have a wide distributions, living in coral reef habitats across the Indo- Pacific region. They are most commonly reported in the Great Barrier reef and the Torres strait.